Leopard Hills is a one-of-a-kind wildlife destination which prides itself in delivering some of the best game viewing experiences Africa has to offer. Since Leopard Hills’ inception, our philosophy has been to offer guests the ultimate luxury safari experience in a sustainable way, ensuring the safety and security of wildlife for generations to come. Keep reading to find out more about how Leopard Hills came to be below. 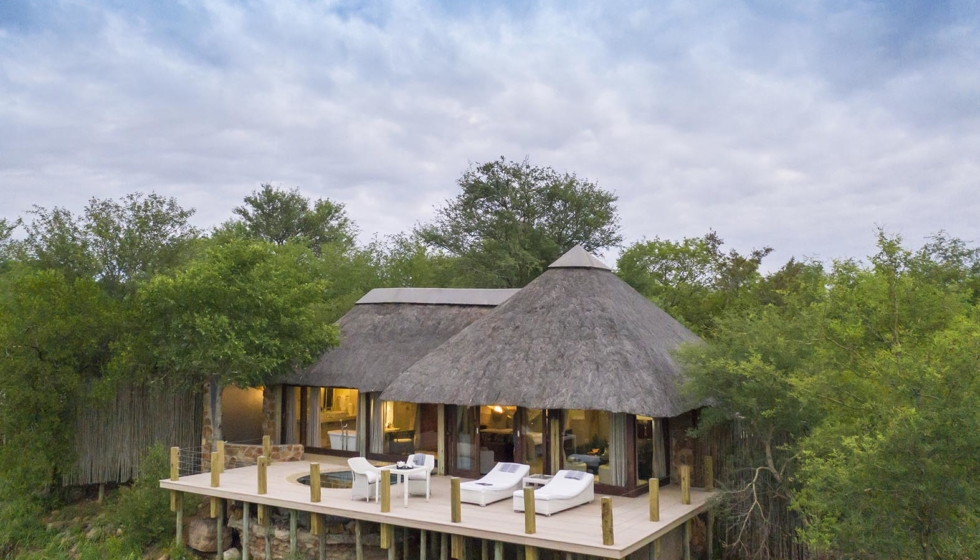 The birth of the Sabi Sand Game Reserve

Leopard Hills Private Game Reserve is one of 19 properties which makes up the Sabi Sand Game Reserve. Sabi Sand is a private nature reserve named after the Sabie River and Sand River – the two main rivers which flow through the area. It occupies 62 308 hectares of land on the western boundary of the famous Kruger National Park.

The area that is now known as Sabi Sand was originally surveyed in the early 20th Century. Despite being situated deep in the South African wilderness, the area was split into farms which were sold to various owners. Some of the owners used the land for ranching, while others used it for hunting game.

In 1934, many of these owners came together to form the Sabi Private Game Reserve. At the end of World War II, the owners named the reserve Sabi Sands Wildtuin. In 1965, the Sabi Sand Wildtuin was proclaimed a private nature reserve. With its new status as a private nature reserve, Sabi Sand improved its roads and facilities and two game-viewing lodges were opened to the public. 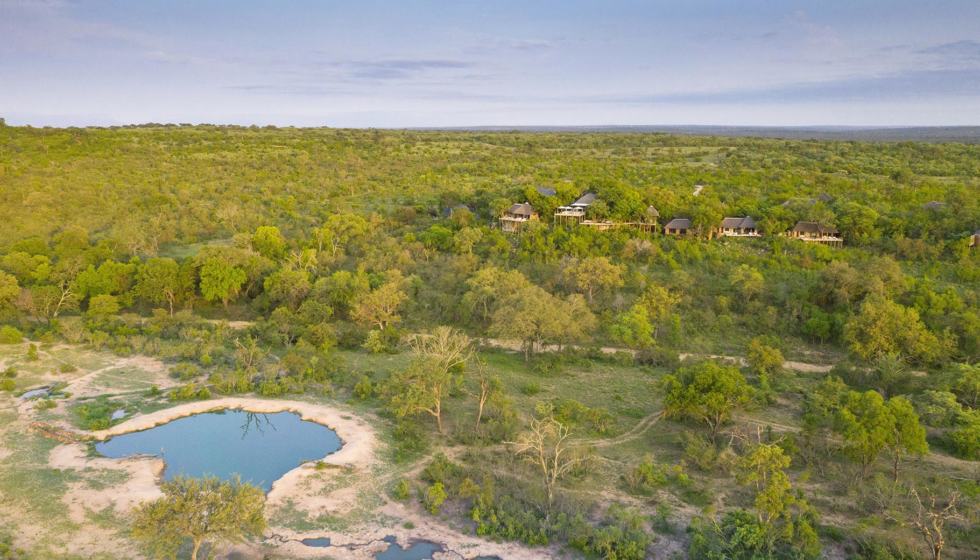 Leopard Hills Private Game Reserve opened in March 1998 on the Ululapa Farm, which has belonged to the Kruger Family since 1983. Leopard Hills forms part of the western sector of the Sabi Sand Game Reserve and offers over 10 000 hectares of traversing which includes access to the perennial Sand River to the north and the Savannah plains to the south.

The lodge was initially built with 5 Luxury Suites. In September 2000, another 3 suites and the library were added. In 2004, the treatment sala and gym were built which completed the lodge. In 2003, Leopard Hills formed a school on the premises, providing the children of managers and staff throughout the Sabi Sand Reserve with the opportunity of an education.

Today, Leopard Hills has a vibrant team made up of long-standing staff members, as well as young, enthusiastic individuals.

Our lodge boasts 8 exquisite glass-fronted Suites with extended decks and private plunge pools. The central areas feature a dining deck with spectacular views over a water hole, as well as an inviting lounge and bar, serviced by friendly barmen.

Silver service dinners are enjoyed in our elegant dining room, accompanied by fine South African vintages from our wine cellar. A popular alternative is our boma, where dinner can be enjoyed al fresco under a ceiling of stars.

During the day, the library offers peace and tranquility, as well as an escape from the summer heat – where you can brush up on your birding knowledge and enjoy 24-hour access to the internet.

Before you leave Leopard Hills, be sure to pop into our curio shop stocked with a stunning assortment of African memorabilia, including traditional ornaments, jewellery, art and safari gear.

We look forward to welcoming you into the Leopard Hills Family in the near future. 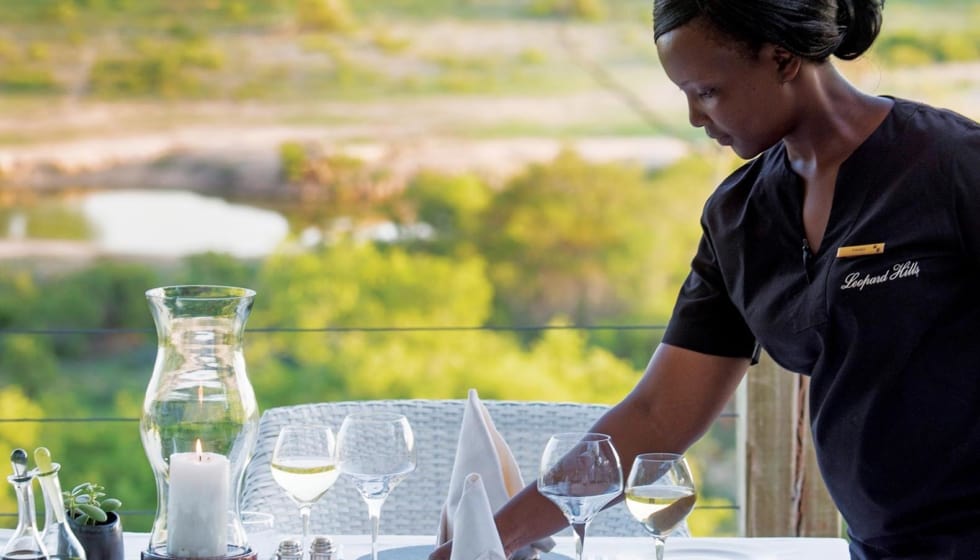