The past six weeks have really tested our patience, but finally the big day arrived.

A few months back one of our resident leopards, Basile, was seen mating with Ravenscourt, a dominant male leopard. Over the course of a few weeks we could see that the female leopard was pregnant. It was simply a matter of time before she would look for a suitable den site.

During this time we had a couple of visits from Basile at the lodge. There was great speculation whether she would den around the lodge or not. There are a few suitable areas including the river in front of the viewing deck, a deep drainage line behind the lodge and a rocky outcrop around the greater area of the lodge. 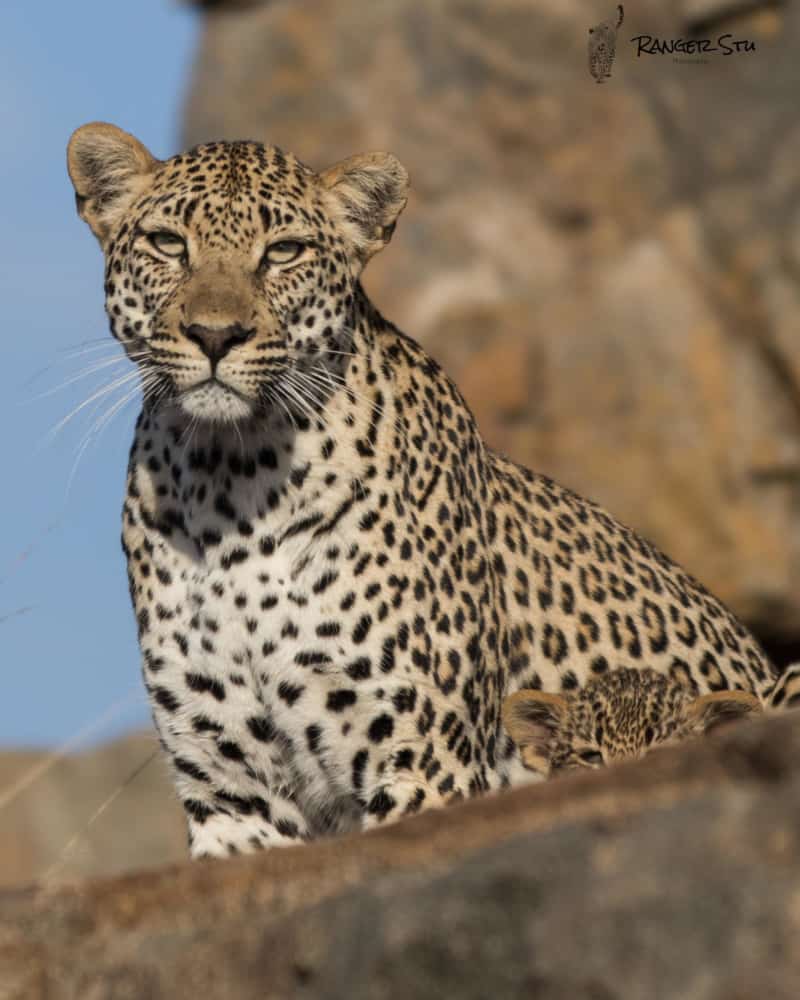 One hundred days came soon enough and she decided to use the rocky outcrop as her den site. We got confirmation that she gave birth to two little cubs. We usually wait at least six weeks for the little cats to familiarize themselves with their new environment. 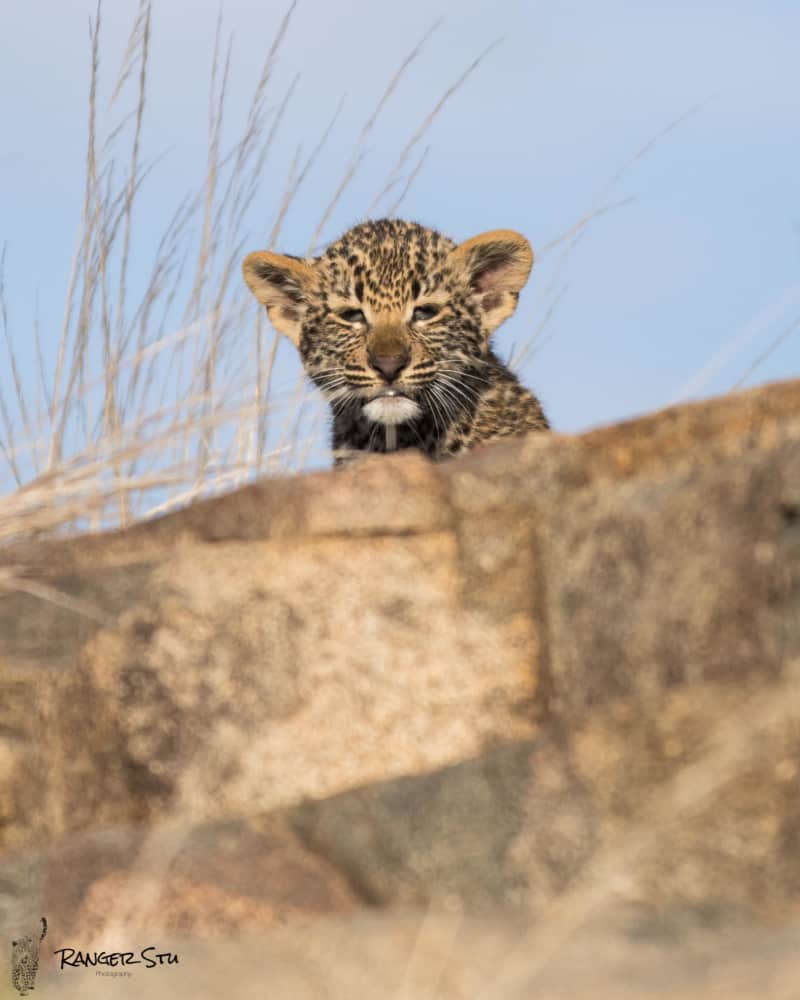 After waiting patiently we finally managed to get just a glimpse of one of the little cubs peeping over the safety of some rocks. Leopards will often be born with blue eyes and really fuzzy fur. Mom kept them in the safety of the rocks for approximately 2 weeks.

She has recently moved them into the deep drainage line behind the lodge. This area provides ample hiding spots for the cubs, but also enough open ground for them to play in the open while mom is around. 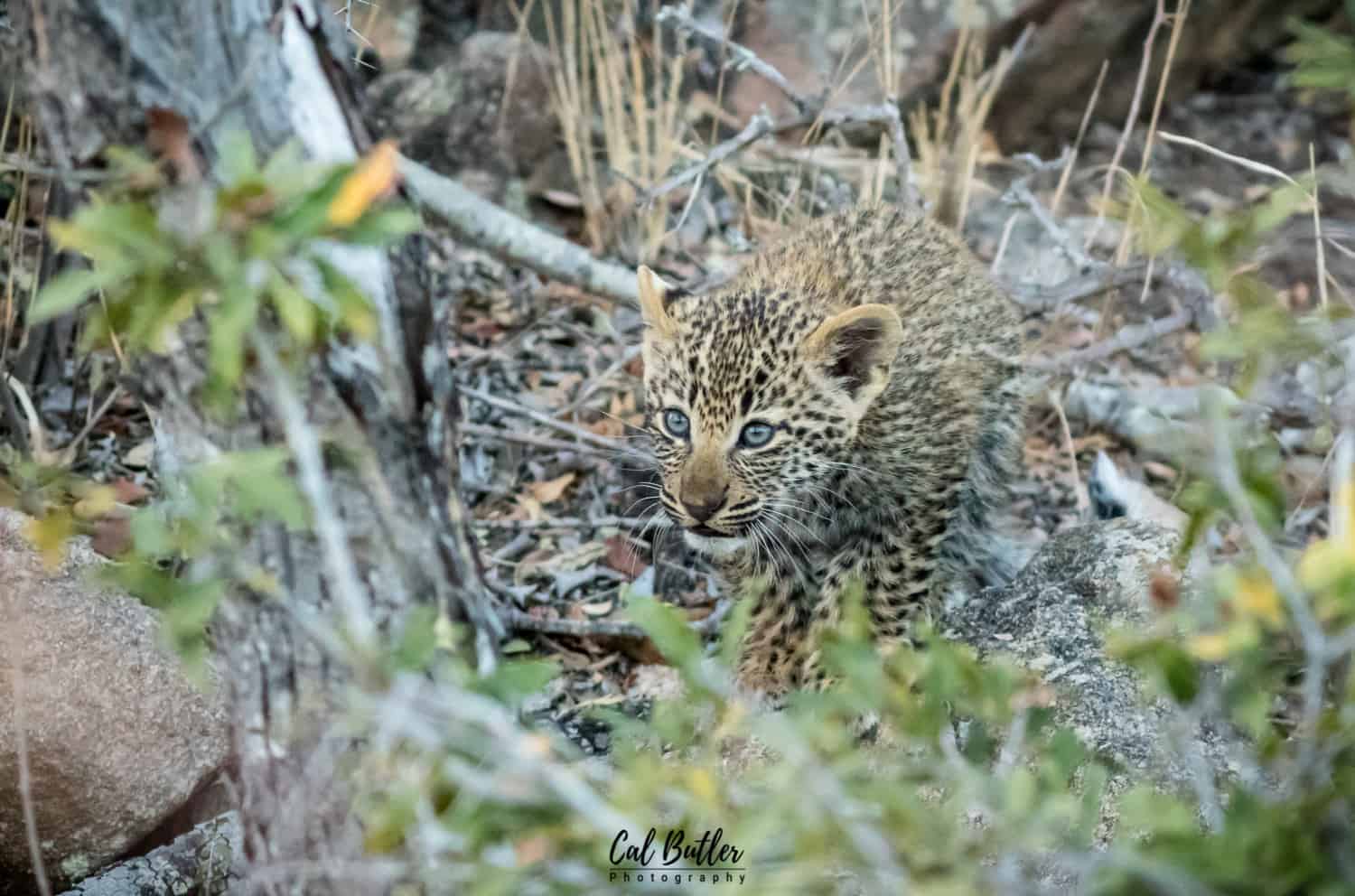 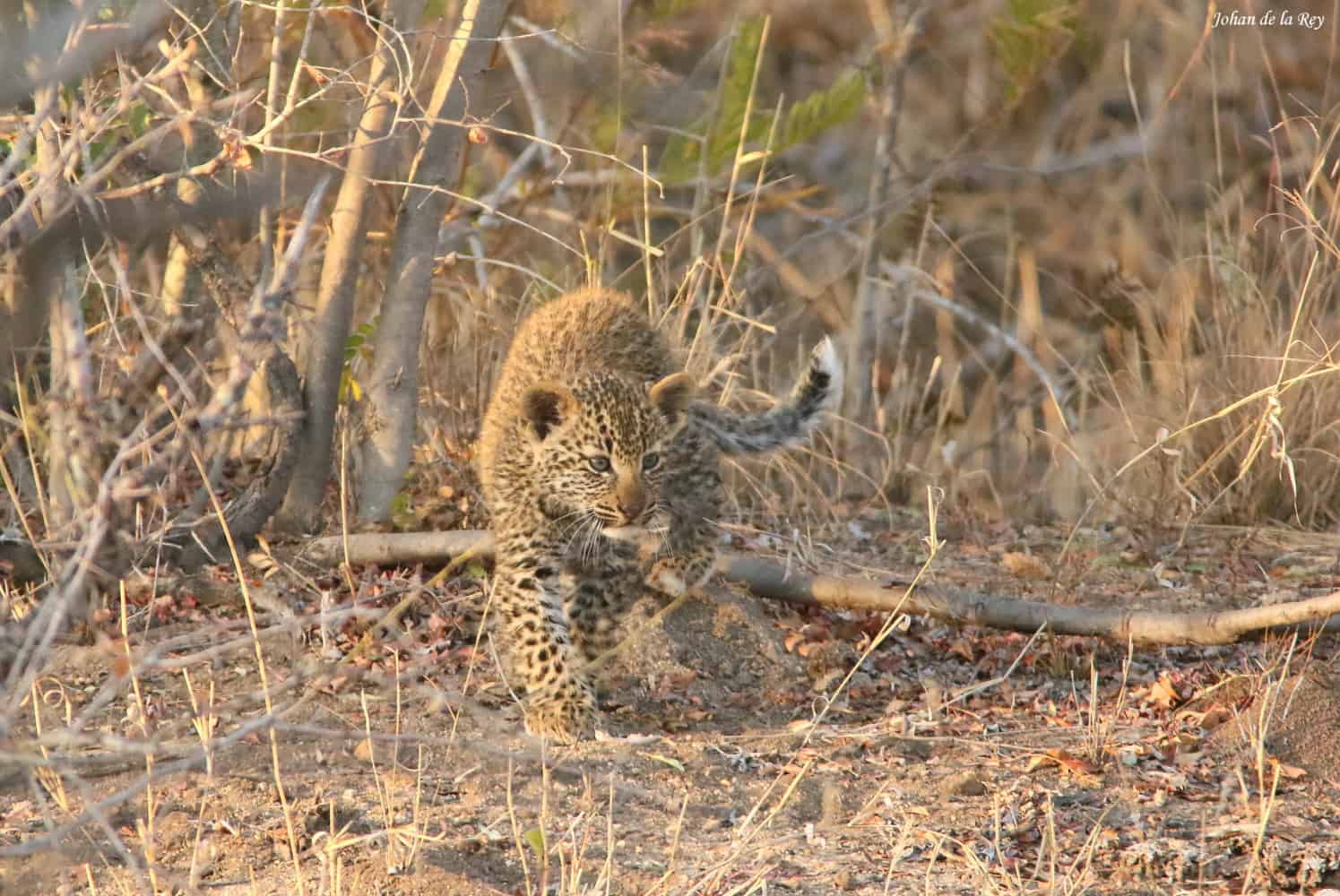 This is the fourth litter that Basile has produced. She has not been successful with any of her previous litters. We do hope that her past experiences have taught her well and that she manages to keep these little ones safe. 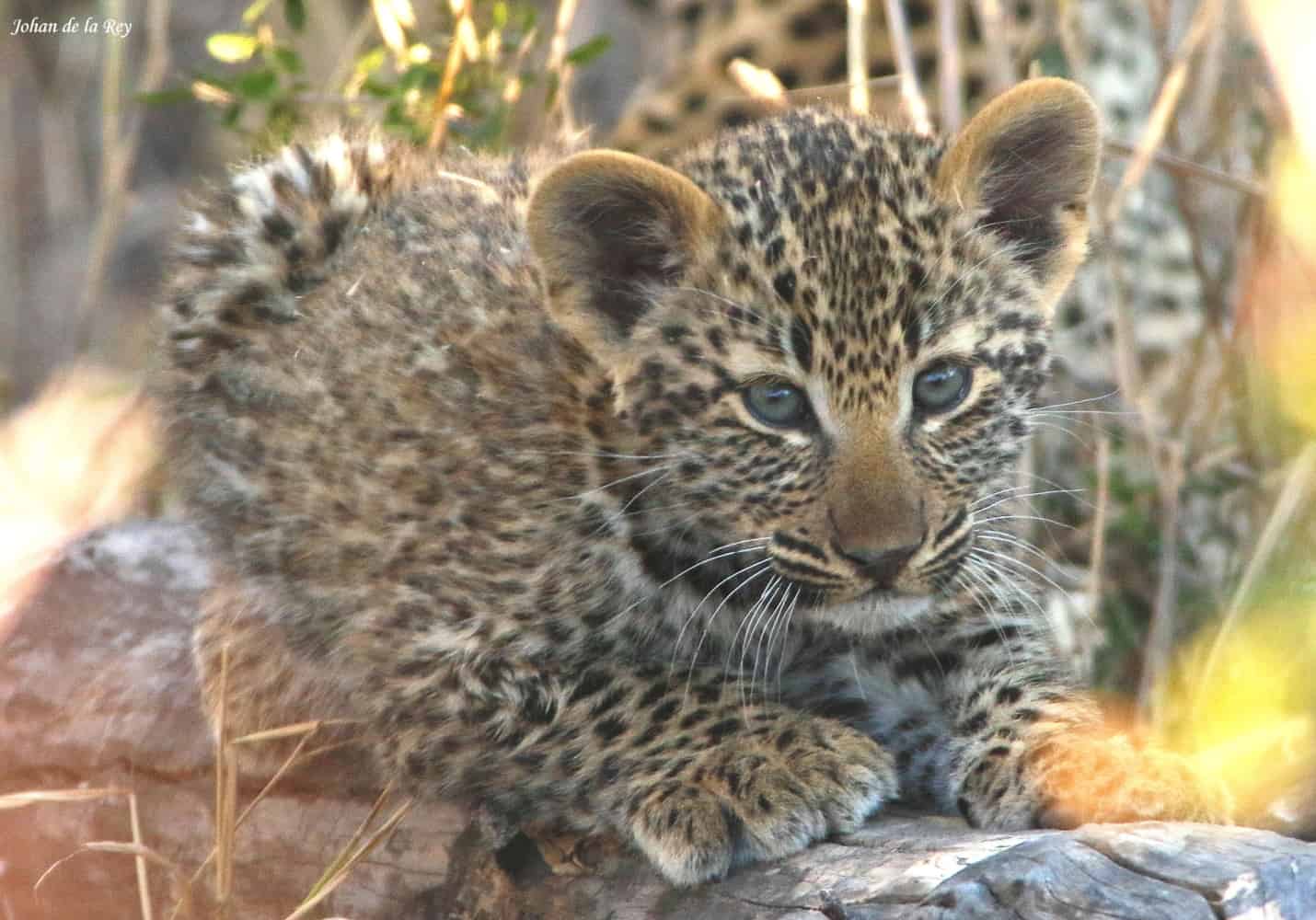