Kingfishers of the Sabi Sand

There are 7 kingfisher species in the Greater Kruger National Park ranging from the largest kingfisher in Africa (giant kingfisher) to the tiny African pygmy kingfisher. Synonymous with waterways in South Africa, as well as an array of other African countries, these colourful birds are a consistent delight to bird watchers and safari-goers. The kingfisher family is separated into three subfamilies, river kingfishers (Alcedininae), tree kingfishers (Halcyoninae), and water kingfishers (Cerylinae).

The Sabi Sand Game Reserve is an ornithologist’s paradise with over 450 recorded species in the region. The below photographs were captured by one of our rangers – Cal Butler. Cal is a keen birder and one of his favourite areas to observe birds is around water systems. If you like his content, feel free to take a look at his regularly updated wildlife blog.

First documented by Swedish naturalist Carl Linnaeus in his 12th edition of his Systema Naturae in 1766, the medium-sized woodland kingfisher grows up to 23cm in size. They boast a distinctive two-tone red and black bill, white heads and underparts, and an electric blue back, wing panel and tail. A tree kingfisher, they prefer drier habitats and can be found a fair distance from water. Woodland kingfishers are mostly solitary, and are aggressively territorial to other birds and humans alike. 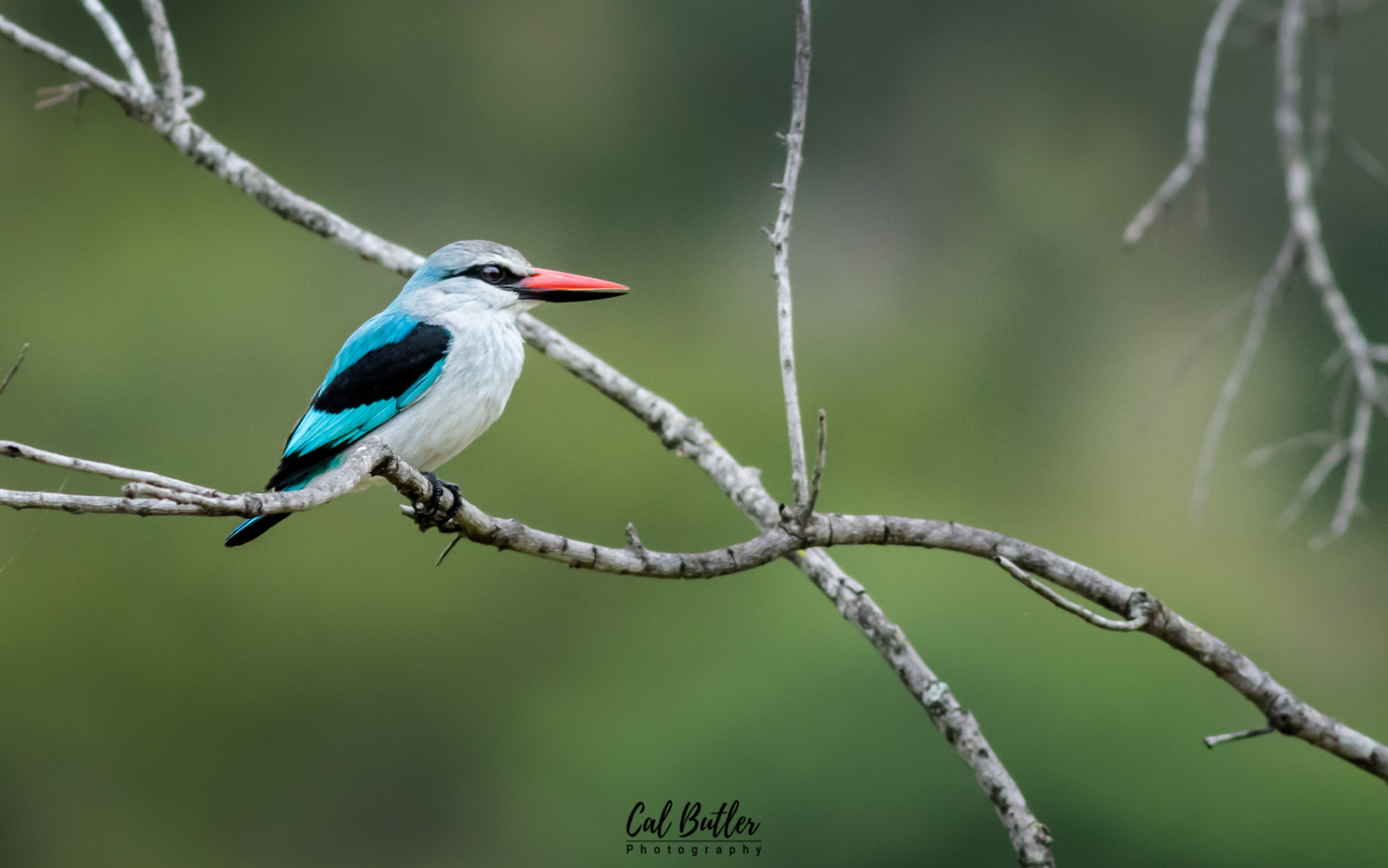 A woodland-dwelling member of the tree kingfisher subfamily, brown-hooded kingfishers were initially described by physician and naturalist Giovanni Antonio Scopoli back in 1786. As the name suggests, they feature a brown head with dark grey streaks, buffy collars and tawny wings. For a ‘pop’ of colour, they boast azure rumps and turquoise secondary flight feathers. Preferring woodland, riverine forest, scrubland and forest edges, these 22cm-long kingfishers are generally seen either in pairs or on their own.

The least colourful species of kingfisher in the Sabi Sand, pied kingfishers feature a black and white crest and plumage and jet-black beaks. Originally described by Carl Linnaeus in 1758, they fall under the ‘water kingfisher’ subfamily and inhabit everything from lakes to mangroves. Unlike other kingfishers, these medium-sized birds are usually found in pairs of small family groups; gregarious by nature. Interestingly, they can consume their prey without returning to their perch, hovering over the water before diving for fish, large aquatic insects and crustaceans. Pied kingfishers are one of the three most numerous kingfishers in the world, found in sub-Saharan Africa and southern Asia. 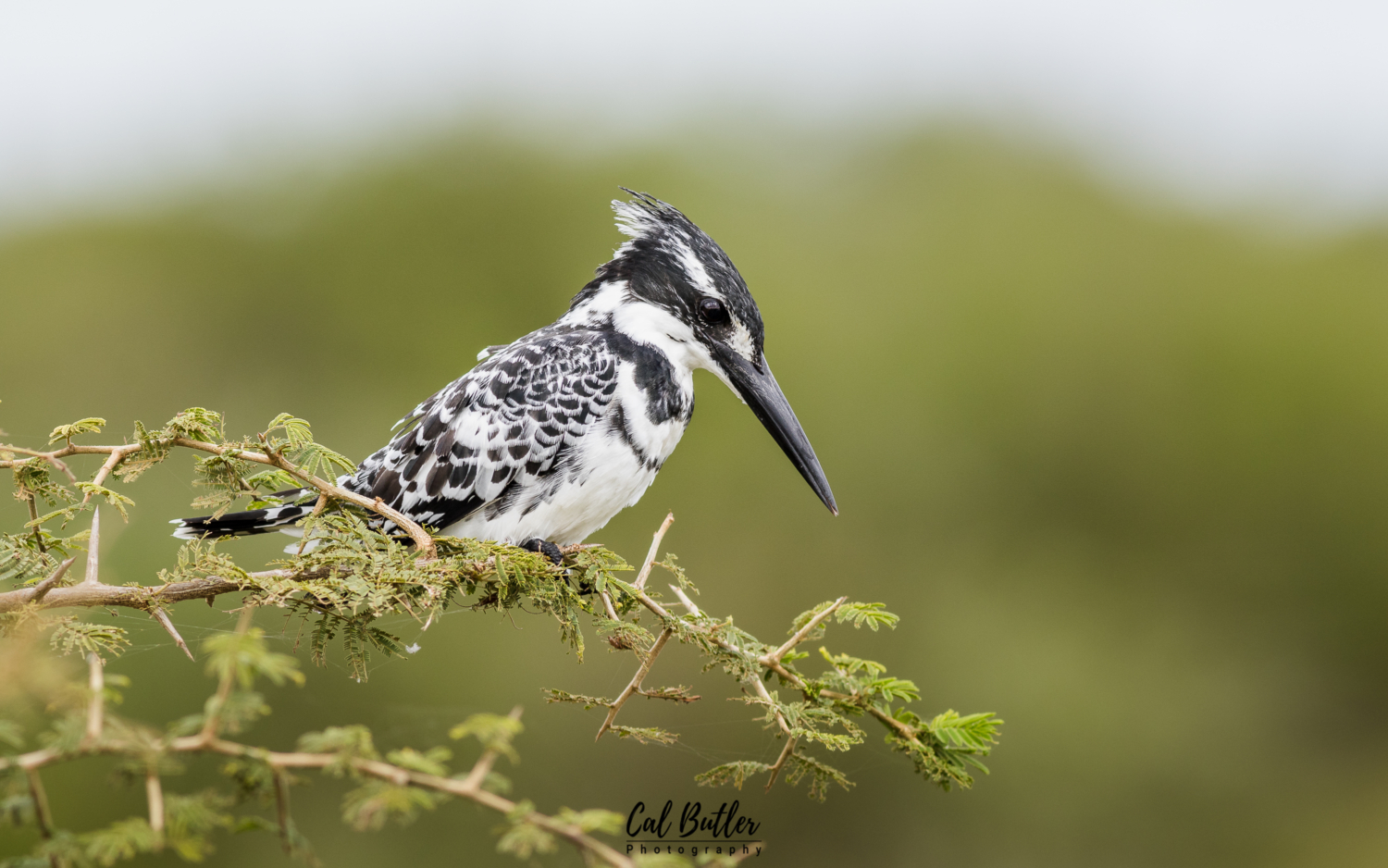 Malachite kingfishers are easily identified by their bright metallic blue backs and greenish-blue foreheads. River kingfishers, they normally dine on fish, crustaceans and aquatic insects and have regular perches from which they fish. These smaller kingfishers grow up to 13cm in length and prefer habitats such as lakes, streams, rivers and lagoons. They were first described by the German naturalist Peter Simon Pallas in 1764. 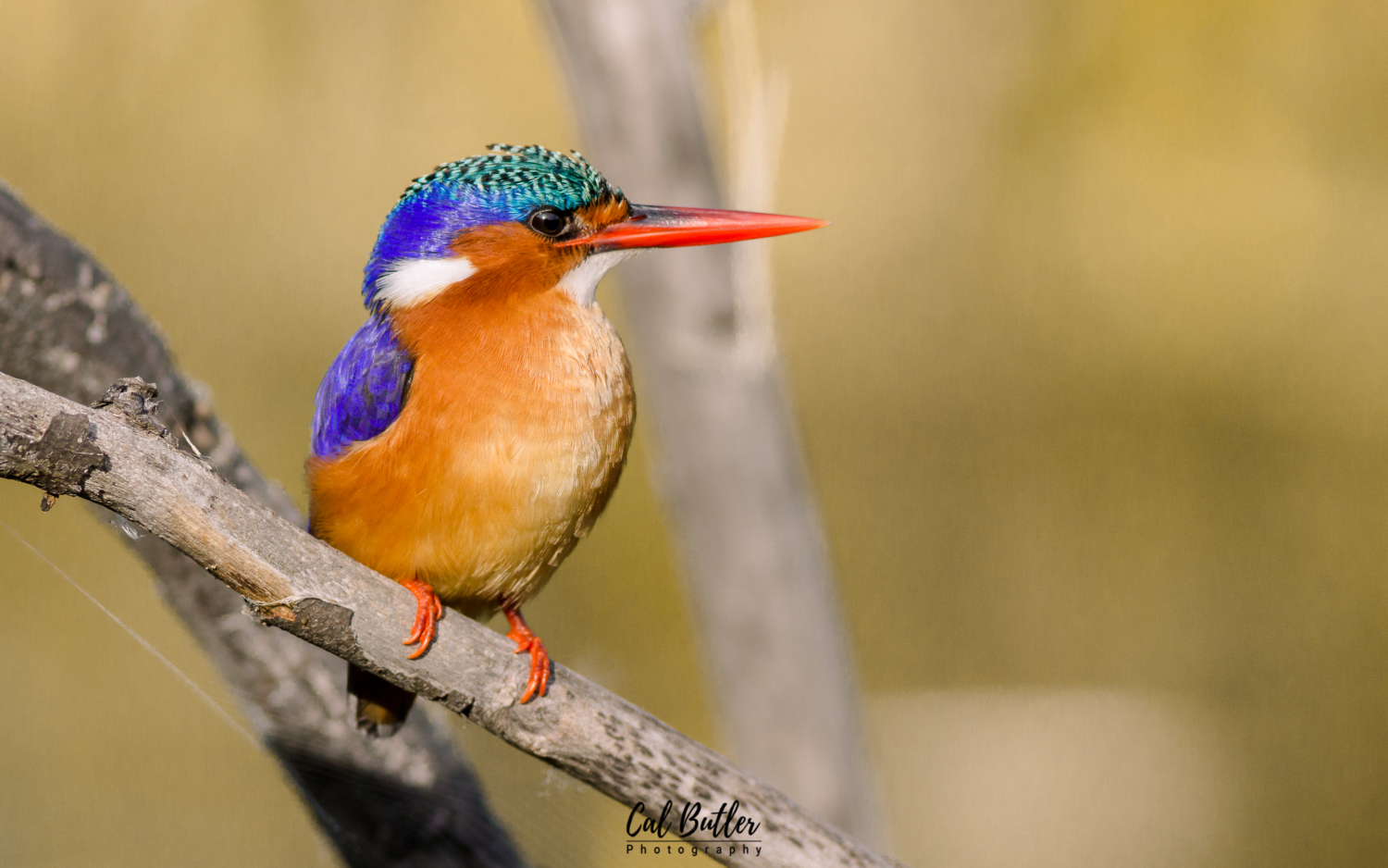 The largest kingfisher in Africa, the aptly-named giant kingfisher is between 42 and 46cm in length with a big shaggy crest, black and white speckled upper body and a black bill. They are classified as water kingfishers, feeding on fish, frogs and crabs, caught by diving from a perch. The first official description of the giant kingfisher was by Peter Simon Pallas, a German naturalist, in 1769. 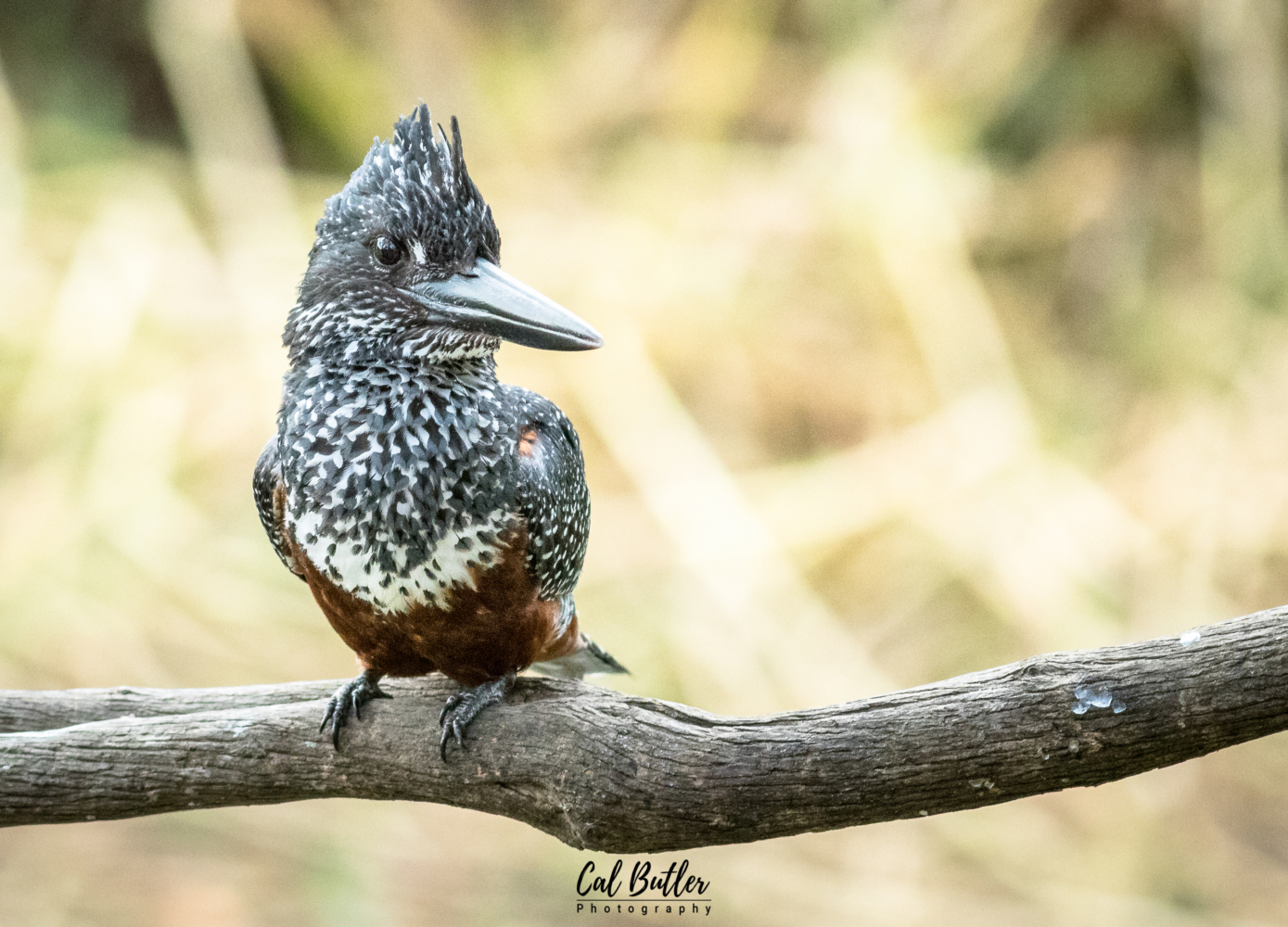 First described by French polymath Comte de Buffon in 1780, the African pygmy kingfisher is approximately 12cm in length with an orange face, dark blue crown and purple cheek mark. An unobtrusive bird that sits dead-still for extended periods of time, they are found either alone or in pairs. While they are classified as river kingfishers, they are not bound to water, preferring woodland habitats. These secretive birds are similar to the malachite kingfisher, but are smaller and are insectivores.

To find out more about booking a birding safari in the Sabi Sand Game Reserve in the future, please don’t hesitate to contact our friendly and efficient reservations team at book@leopardhills.com or simply fill in our online enquiry form.

We look forward to welcoming you to Leopard Hills in the near future.