Cheetah takes down a Steenbok

With all the recent cheetah sightings, it was only a matter of time before we saw something extraordinary.

There are a few hot spots where some of the cheetahs love to hang around. Most of these spots are prominent termite mounds scattered across the larger open clearings.

One morning a male cheetah was found on one of these mounds. It spent most of the morning scanning the surrounding spaces. These cats are always keeping a look out for predators and prey alike.

All of a sudden something caught its eye. At the end of a clearing we could see some movement. This prompted the male to get up and we could see him making some serious calculations. The next moment he was off. 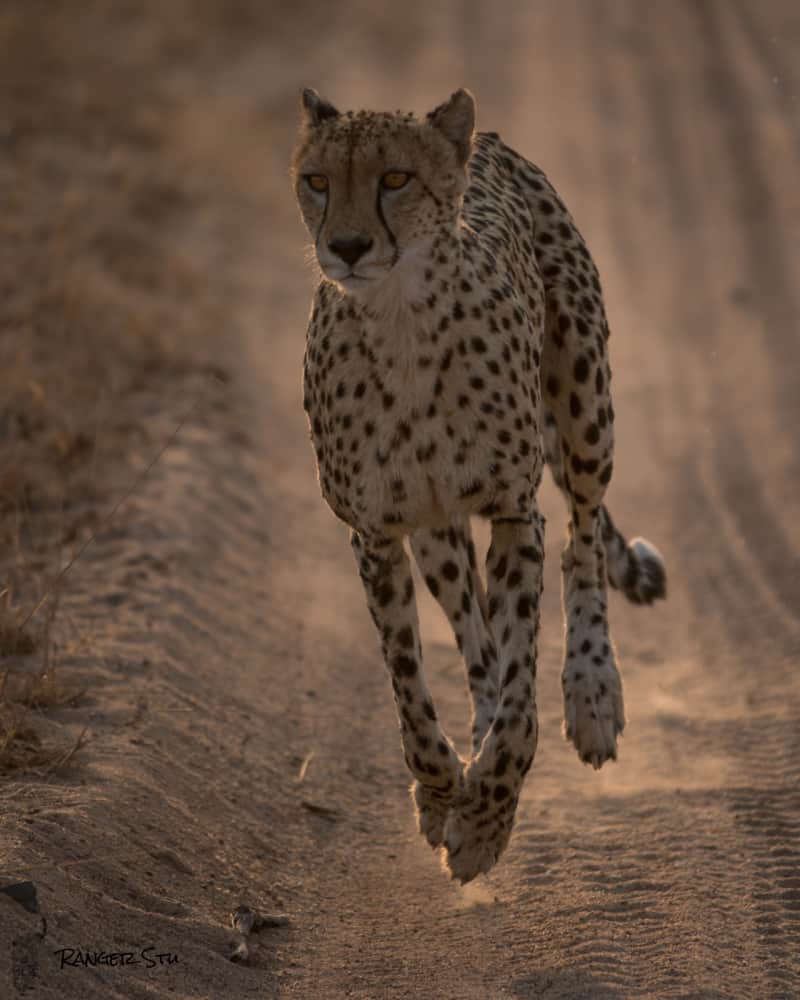 By the time we caught up with him, he held a small, unsuspecting Steenbok in his mouth. What a privilege to see the full chase and kill. This is something that truly requires one to be at the right place at the right time. 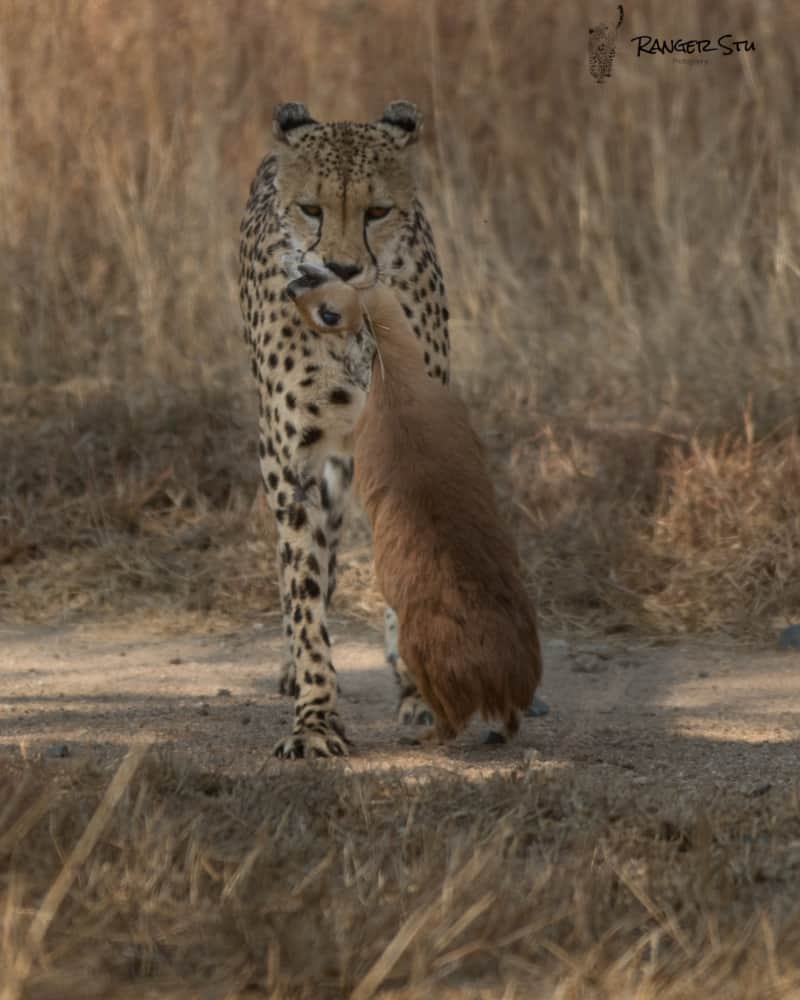 The cheetah wasted no time in opening up the carcass and started to feed. Being one of the smaller cats, it is often overpowered by other predators like hyenas or lions. 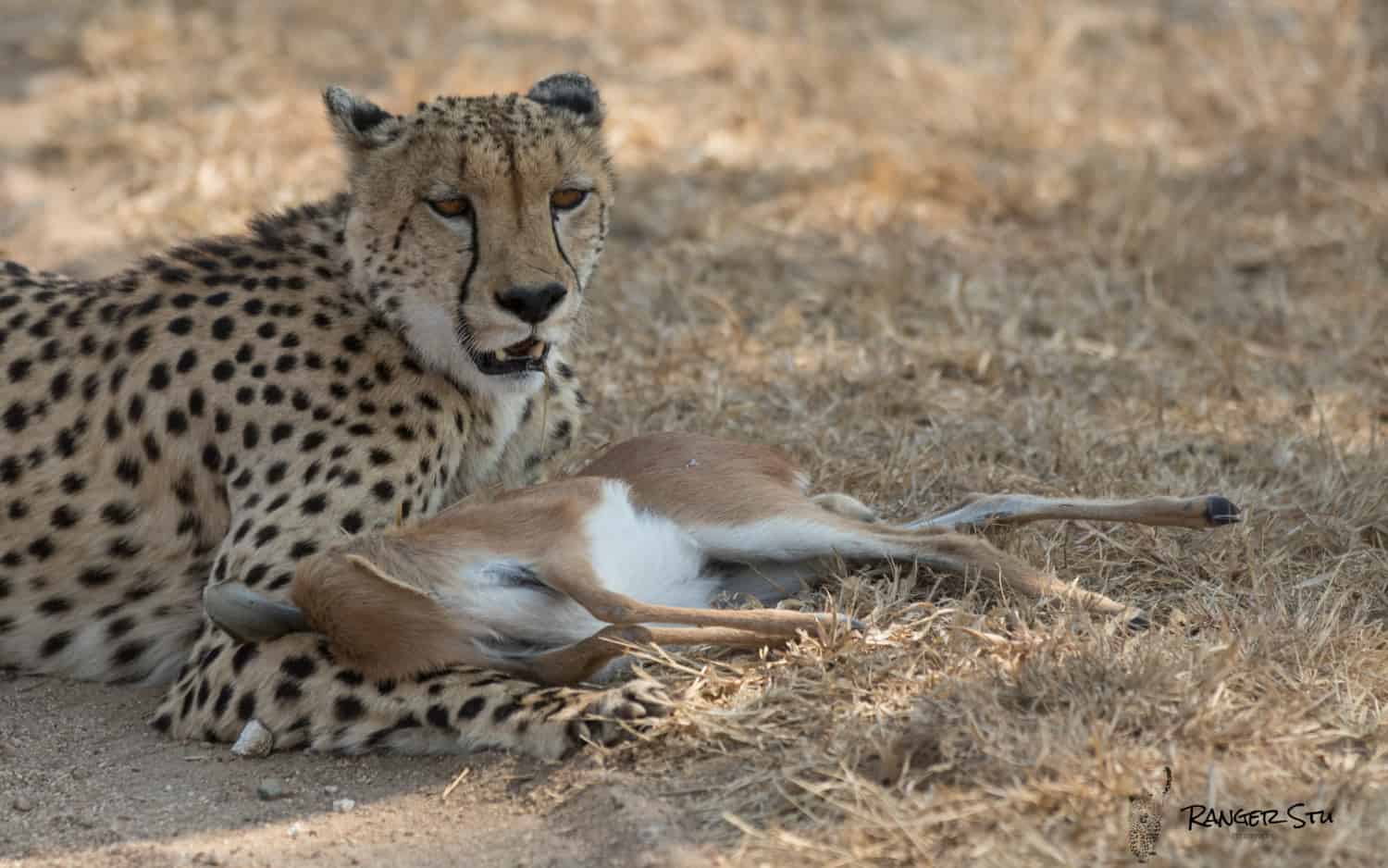 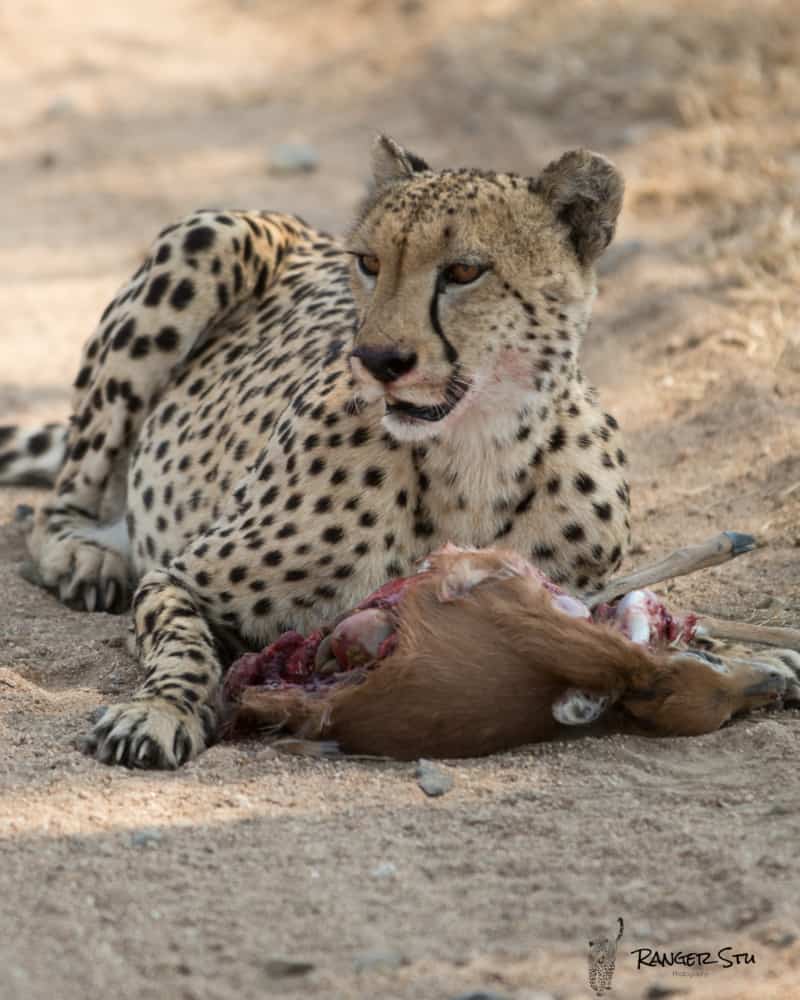 Luckily the cheetah managed to consume most of the meal before a committee of vultures arrived and took over the kill.