A leopard and his first impala

Summer has finally arrived and it has brought a flush of greenery with it. The impala have timed the rains well and they have dropped their first babies.

We have watched how the Boulders female leopard has raised her cubs successfully over the last year. The two siblings are no longer cubs. They are very quickly learning new skills whether it be fighting with one another, defending themselves from other predators or starting to hunt when mom takes too long to provide them with food.

With the flood of impala babies fumbling around the clearings, it is just a matter of time before they start to fall victim to the predators.

The young male leopard found his first opportunity to hunt something larger than mongoose and francolins. 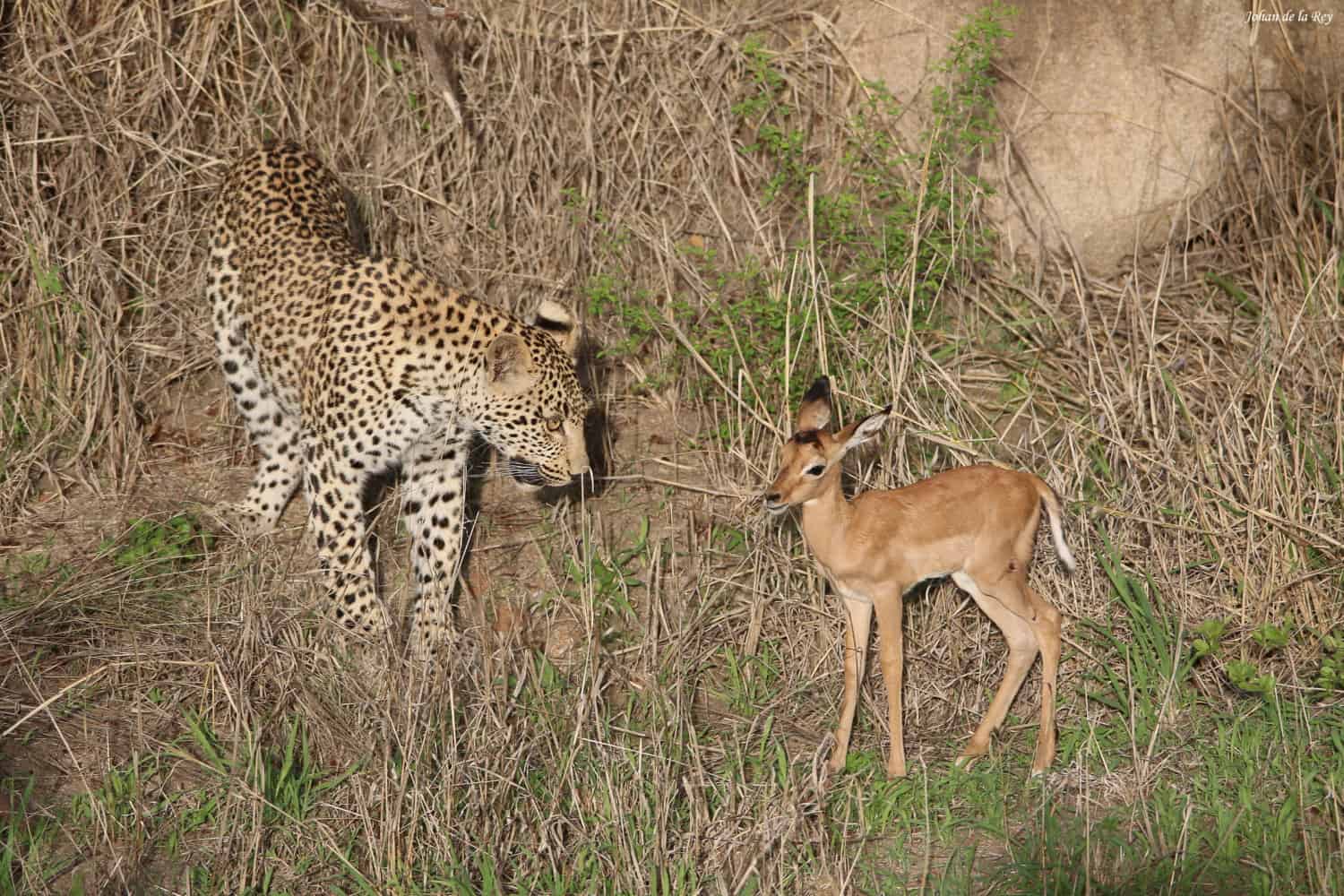 The youngster moved towards an impala herd, with his eyes locked on a specific target. The herd quickly saw the feline approaching and fled the scene. The helpless, new born impala did not quite understand the panic and remained stationary. 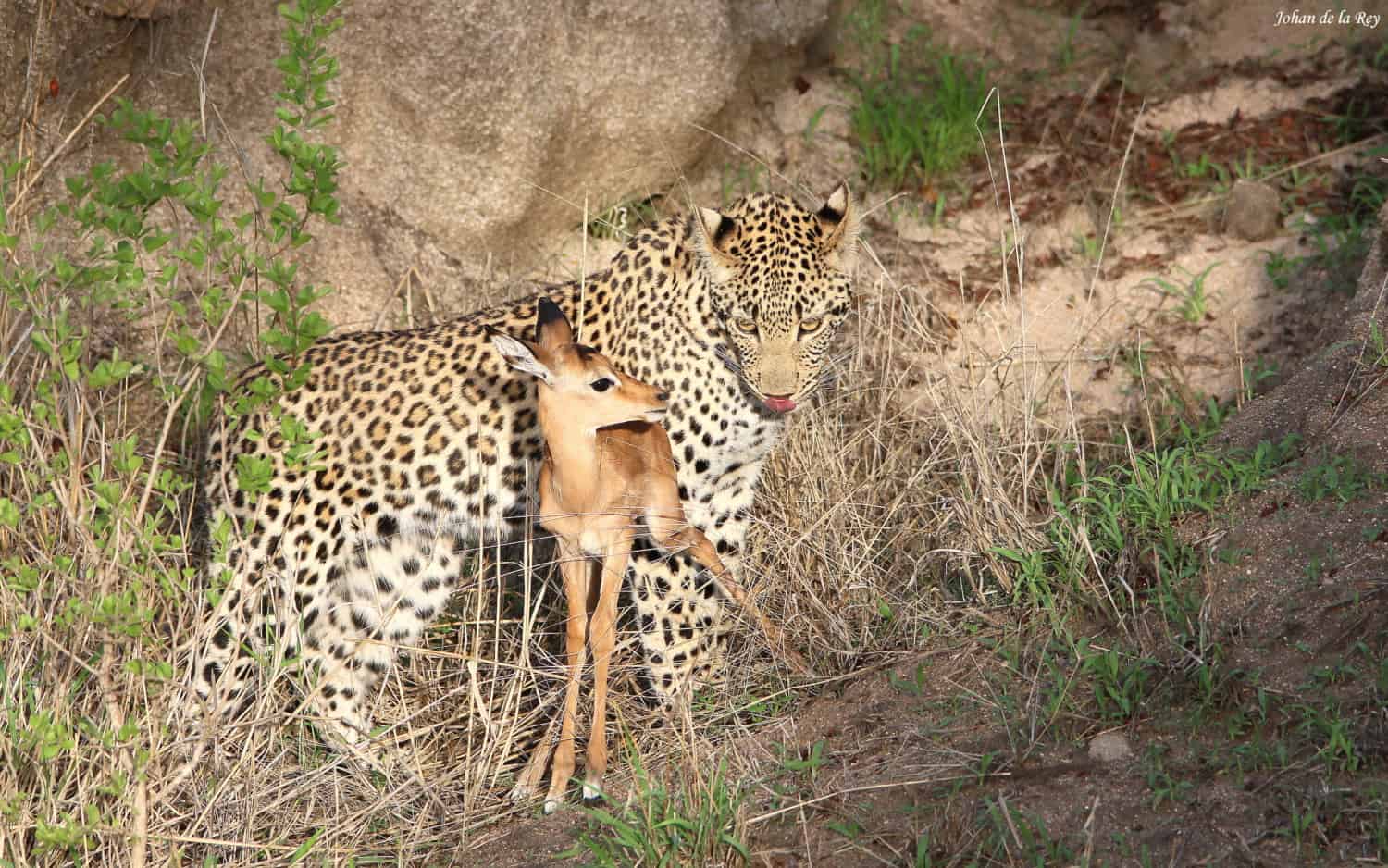 The leopard approached the impala calf with a flair of innocence. Its hunting instinct instantly kicked in, but his inexperience also showed. 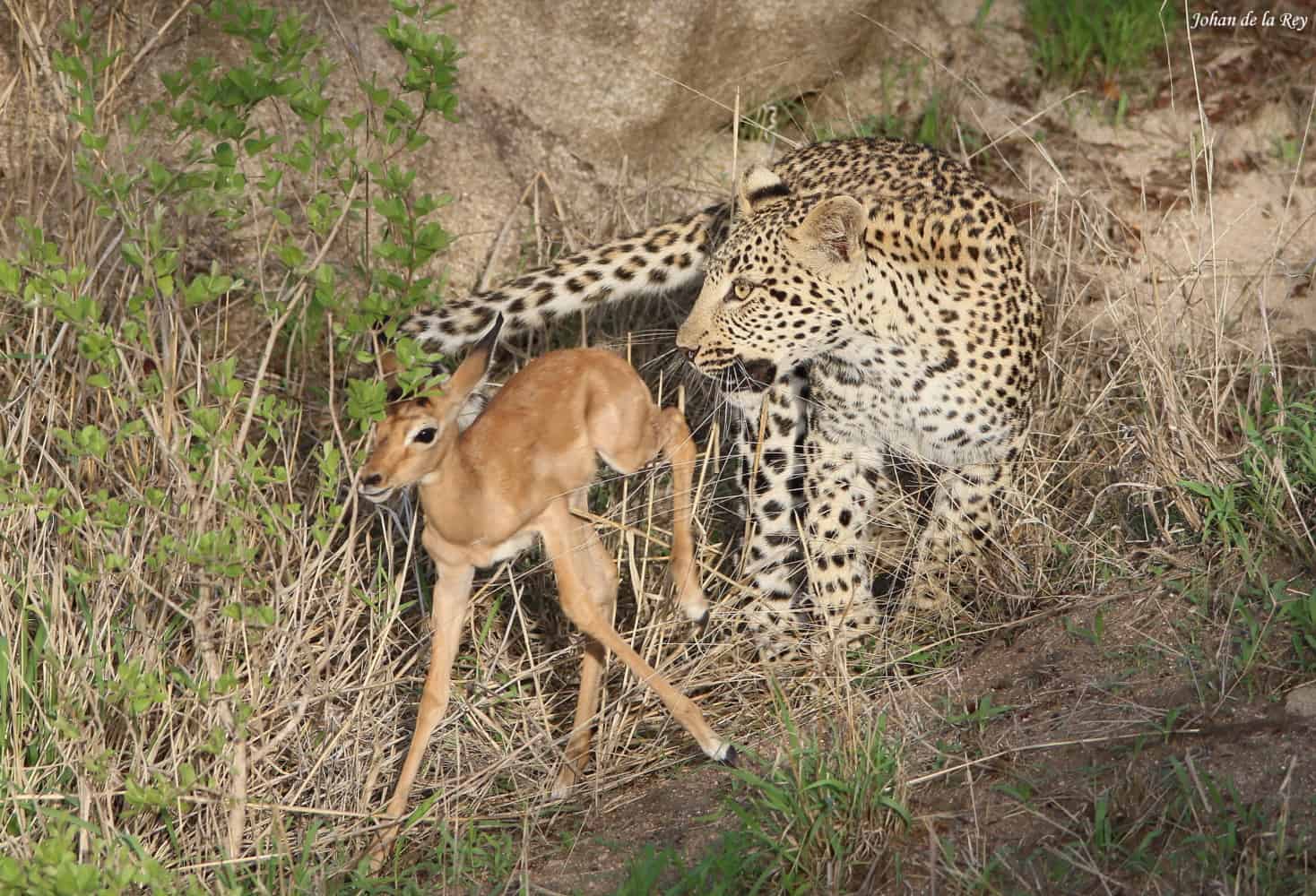 For a brief moment it seemed as though the leopard only wanted to play with the helpless impala. Eventually his predatory instinct took hold and he made his moved. 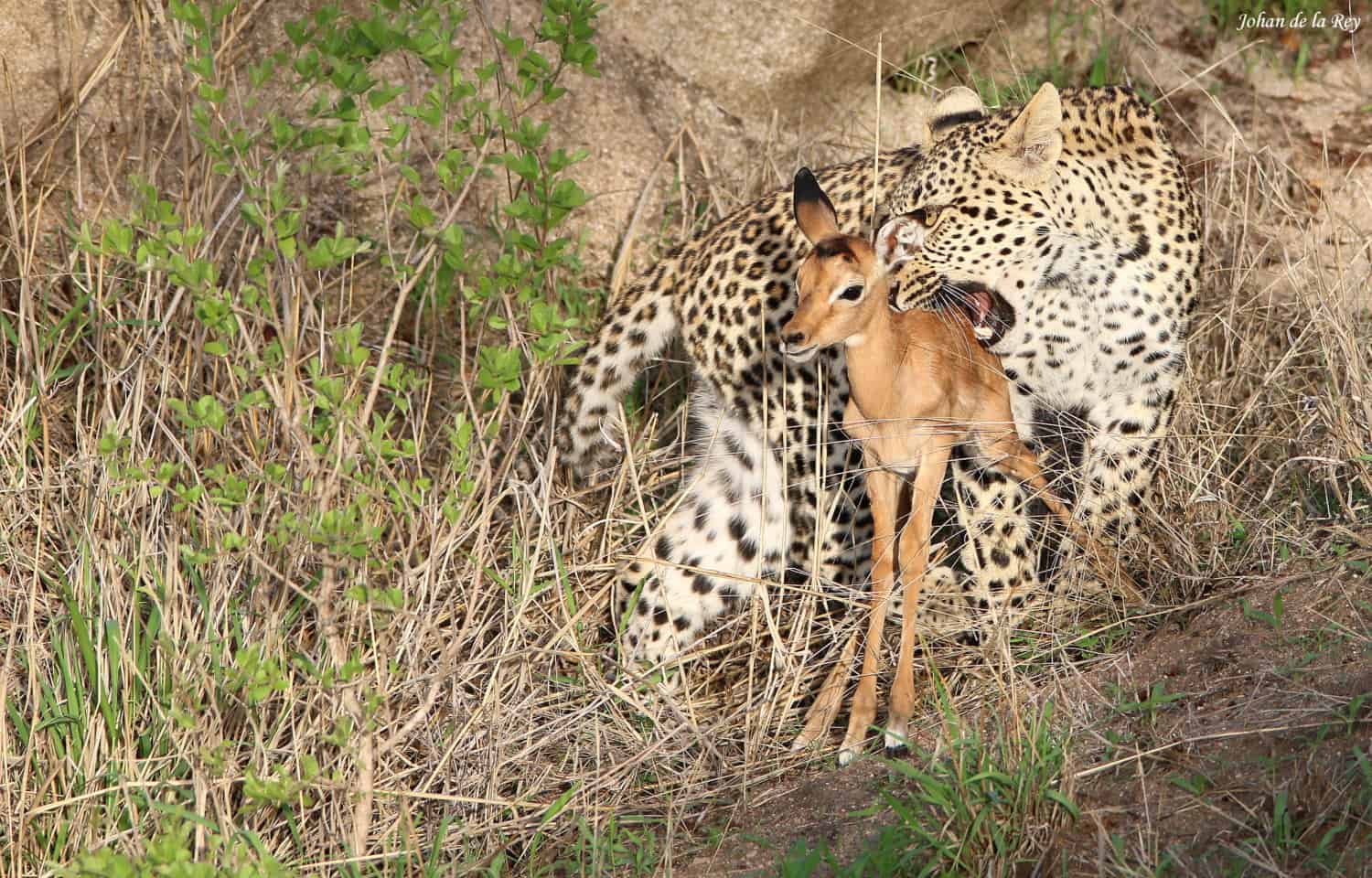 It took a while for the leopard to figure out where he needed to grip the impala to successfully take it down. After trying to escape, the leopard wasted no more time and went in for the kill. 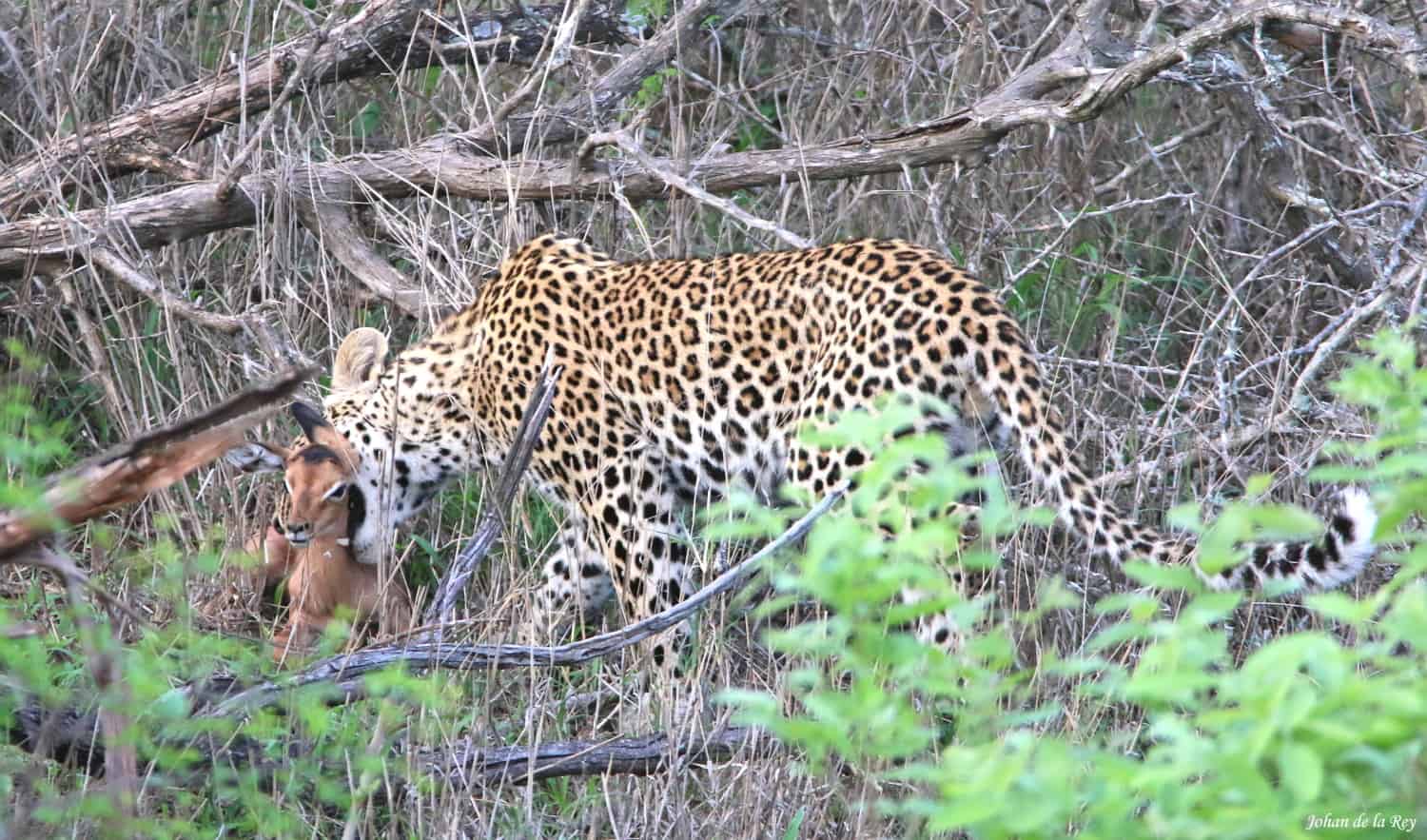 After watching his mom hoist most of her kills, he too took the impala carcass up a nearby tree and enjoyed the spoils.