Boulders puts on a show

The Boulders female leopard has pulled out all the stops and put on quite a show when she approached a lonely tree in a dried out dam. 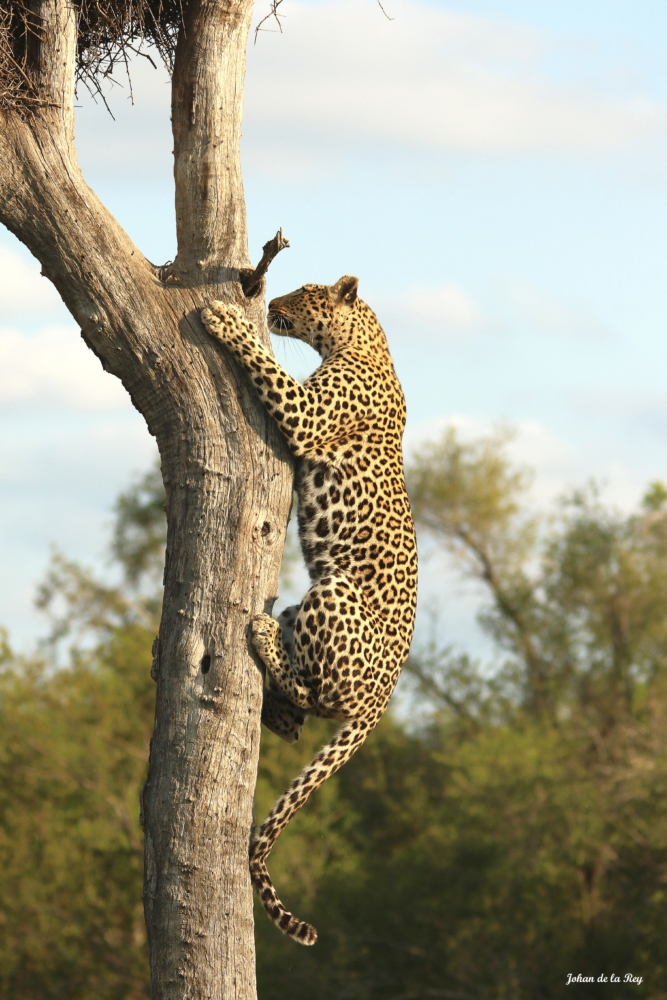 Leopards are opportunistic feeders and will try their luck if there is a free meal on the cards. On top of this tree there are a whole lot of red-billed buffalo weaver nests. Boulders decided to have a good look to see if there was anything inside, hoping for some chicks or maybe even some eggs. 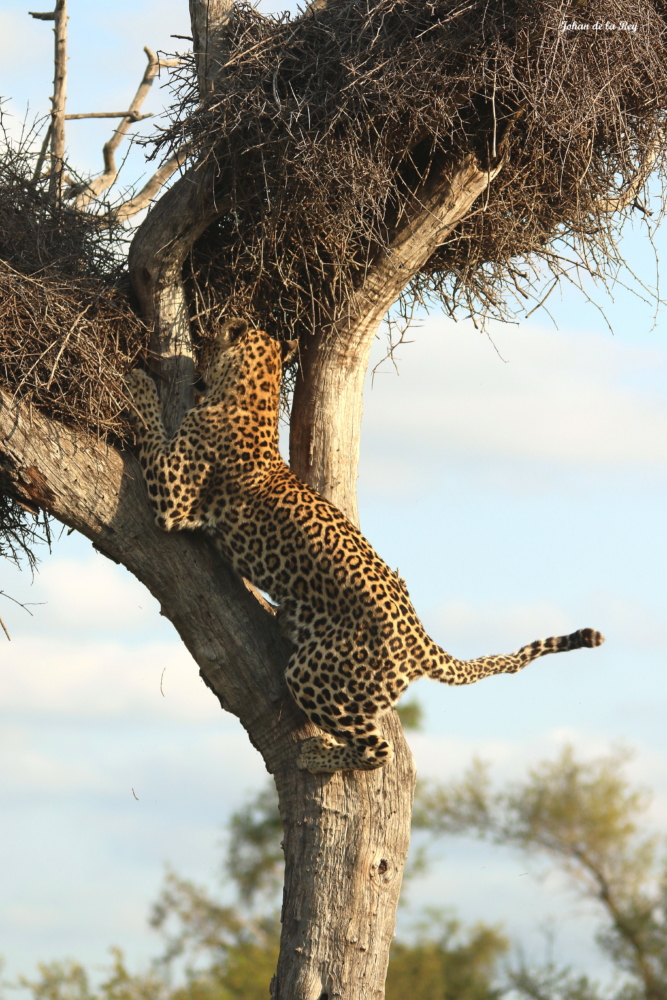 During previous seasons there were Egyptian Geese who also utilised the nests to build their nests on top of the mass of sticks. The female leopard moved higher up in the tree to see if there may be anything on top. 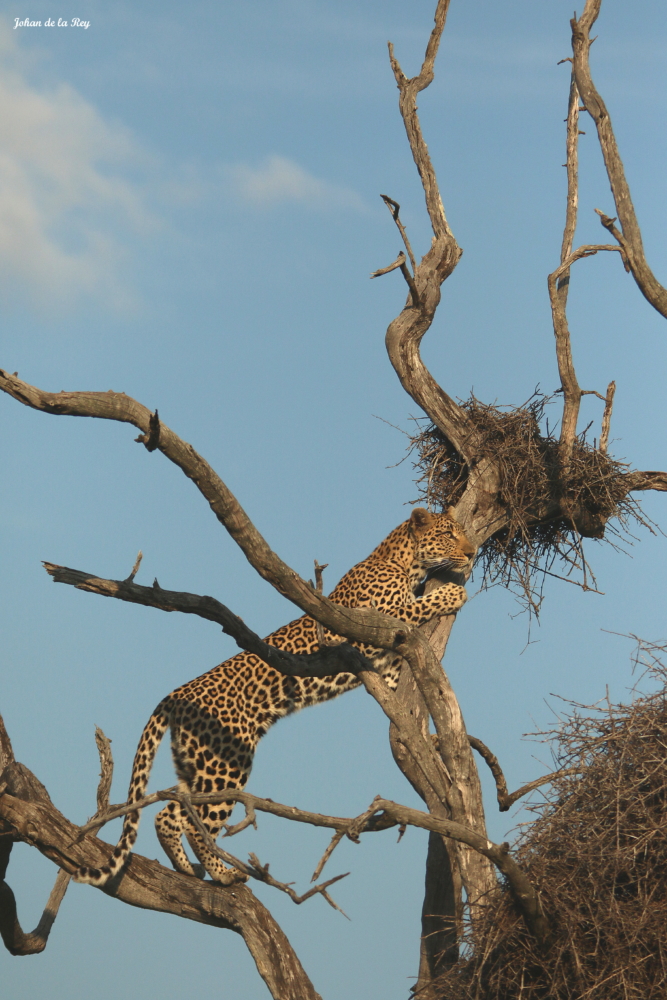 Unfortunately Boulders came off empty handed and descended from the tree. It was fantastic to watch how effortlessly she moved around the tree top. 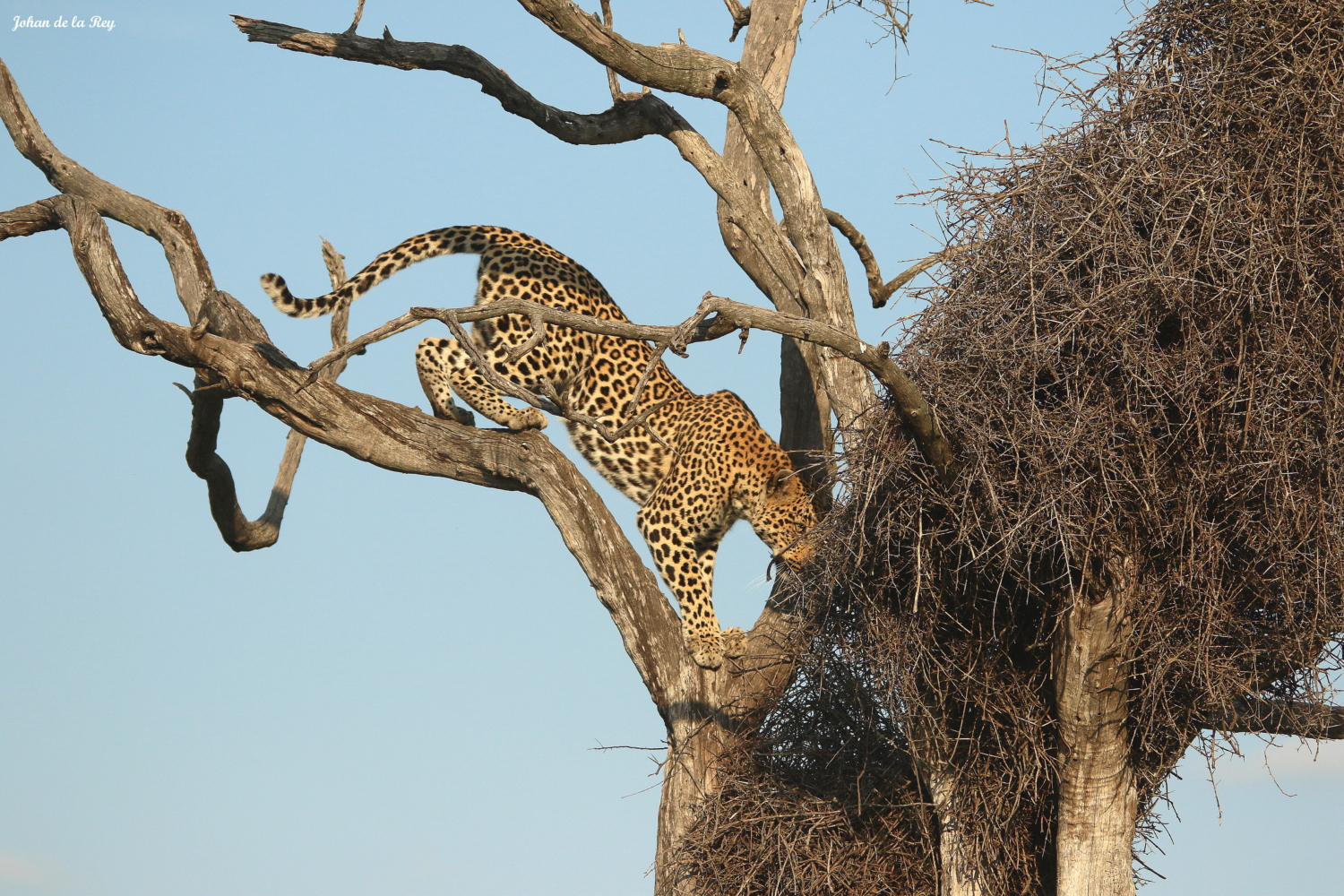