9 Birds to tick off your list at Leopard Hills

We’ve all been on safari with a keen birder, stopping for every LBJ (little brown job) and whipping their binoculars out with enthusiasm! What on earth is going on, you wonder, and if you don’t – you’re probably the keen birder we’re talking about.

The truth is, twitchers, as they’re affectionately known, have unlocked a valuable and rich hidden world, filled with beauty and mystery. Birds may not be the largest or the most sought-after animals on safari, but growing your knowledge on these creatures of the sky is accessible to everybody, and that’s what makes birding special.

It’s a community of people that enjoy getting outdoors and appreciating what the bush has to offer. Once you start watching birds, you’ll start noticing more of the world around you, and your safari experience becomes all the richer for it.

So, whether you’re a twitcher or a fledgling, beware: Once the bird bug has bitten, it can become something of an obsession!

Here at Leopard Hills, we’re proud to present some of the best birding in South Africa. Bordering one of the largest wilderness areas in the world, we are home to the birds of Kruger National Park, including the national bird of South Africa and many other special additions to tick off your lifetime list. Every self-respecting birder has one of those, right?

Here are 9 of the most noteworthy birds you can see when you come on safari with us:

Tiny and jewel-coloured, these little guys prefer the underbrush of thickets and woodlands. They appear similar to Malachite Kingfishers, but have a dark blue crown and delicate purple feathers on their cheeks. At 12 cm tall, they are the smallest of the South African kingfishers. 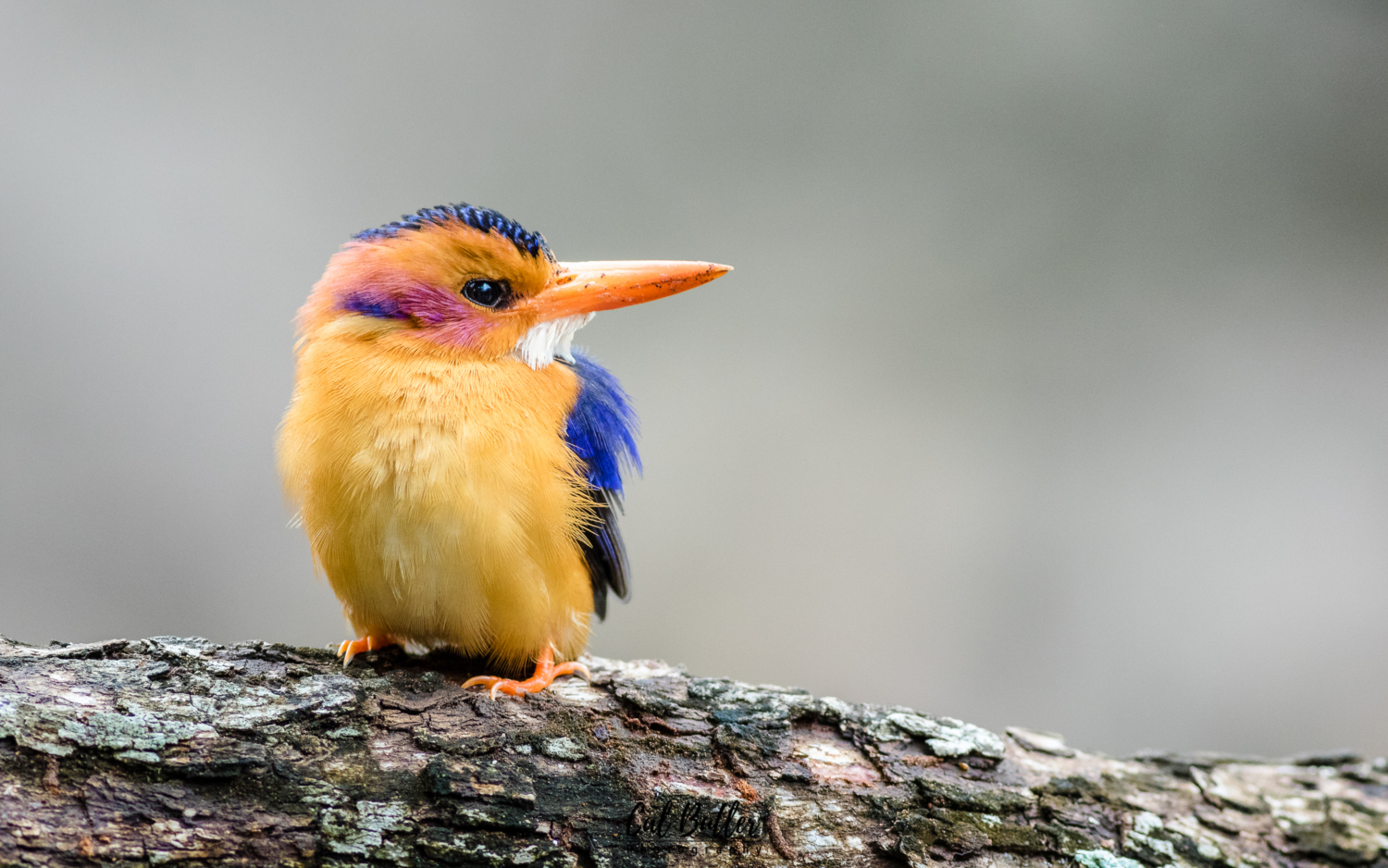 Bitterns are in the family of herons, which those of you with a good eye may be able to tell from their appearance. Bitterns occur near wetlands or flooded grass plains. Near the coast, they’ve even been spotted in mangrove forests.

They live and nest close to water, feeding mainly on fish, frogs and small aquatic insects. The Green Season at Leopard Hills is an excellent time to spot them as these are our wet summer months. 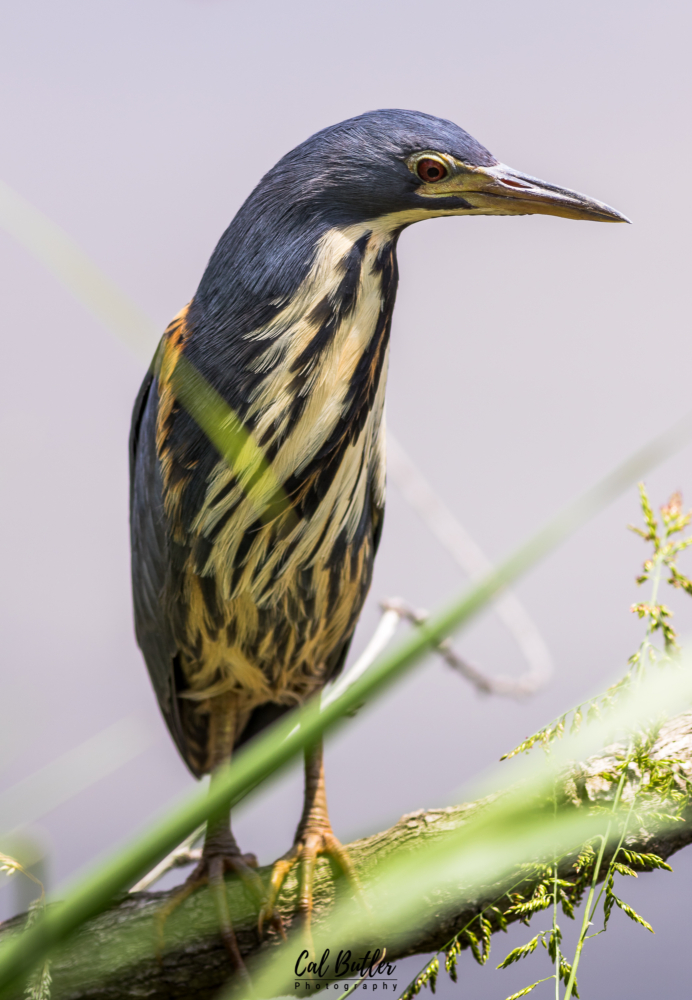 Quails are sweet birds, and the Harlequin Quail is especially small in stature when compared to other fowl. Like others in the fowl family, it can, but doesn’t fly very frequently, preferring to dart around on the ground.

Quail’s eggs, which are considered a delicacy in some parts of the world, are covered in multi-coloured speckles, which camouflages them from predators during incubation. 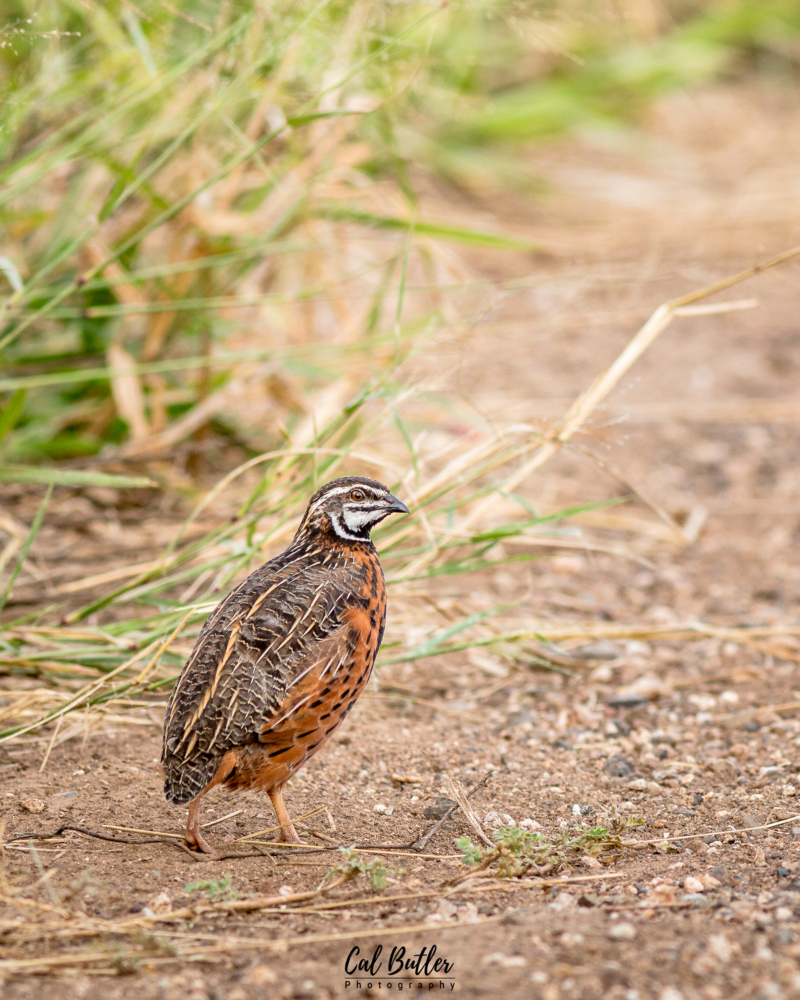 These powerful raptors are the largest of the African eagles and are even capable of knocking over a grown man. They have great, grasping talons and vicious, hooked beaks – a force to be respected in the animal kingdom!

The Martial Eagle can grow to weigh around 6,5 kg – exceptionally heavy for an animal of flight. It is a carnivore and has been known to prey on anything from birds and small antelope to monkeys and domesticated animals like goats and poultry.

They spend most of their time perched in tall trees, surveying the grassland around them. This is where you’re most likely to spot them. 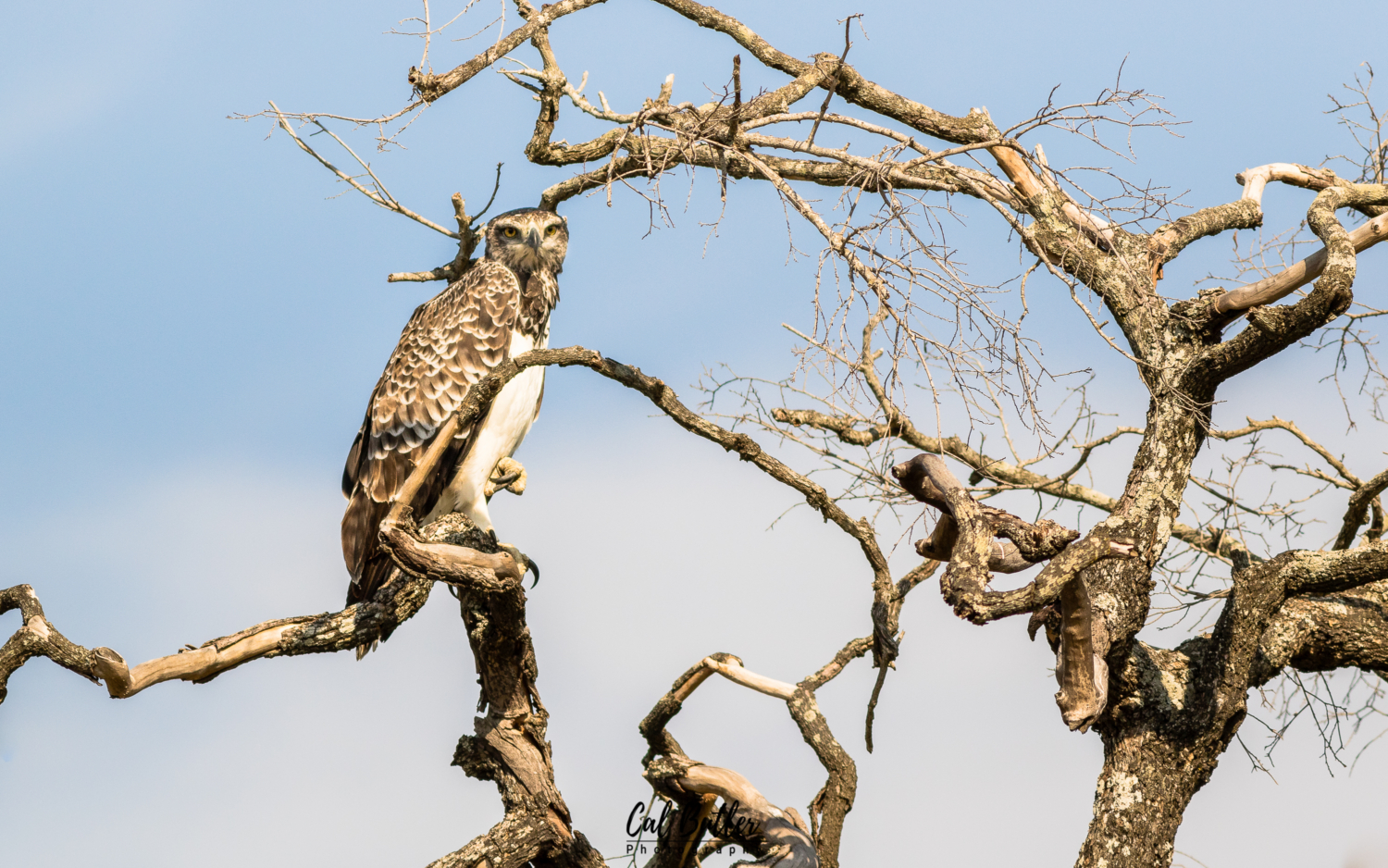 Dropping suddenly to catch their prey, you’ll spot these small specks of bright plumage perched near waterholes or streams. They are solitary, territorial birds, but are monogamous and form lifelong bonds with their mate. 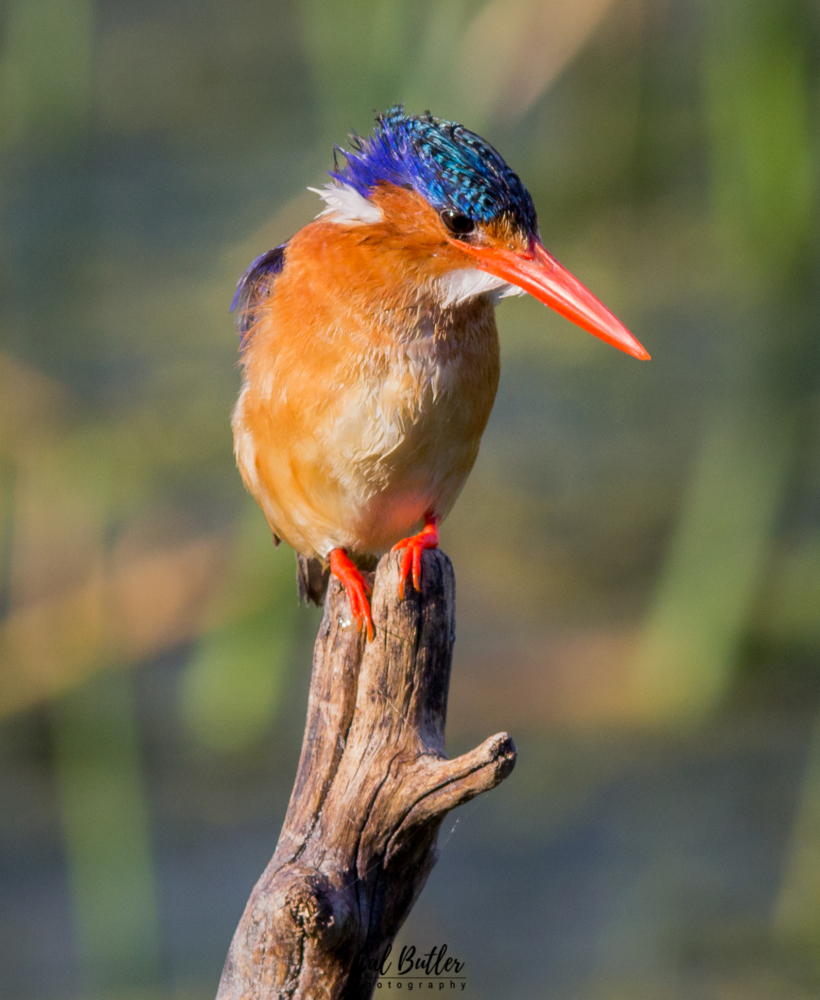 No guesses as to where this bird’s name comes from! Named for the yellow “saddle” on its long beak, the Saddle-Billed Stork is a striking wading bird that makes for an excellent photography subject.

Did you know, the word “stork” has Germanic roots connected to “stark”? This is thought to refer to the stork’s stiff posture and jerky movements. The next time you see them on safari, see if you agree. 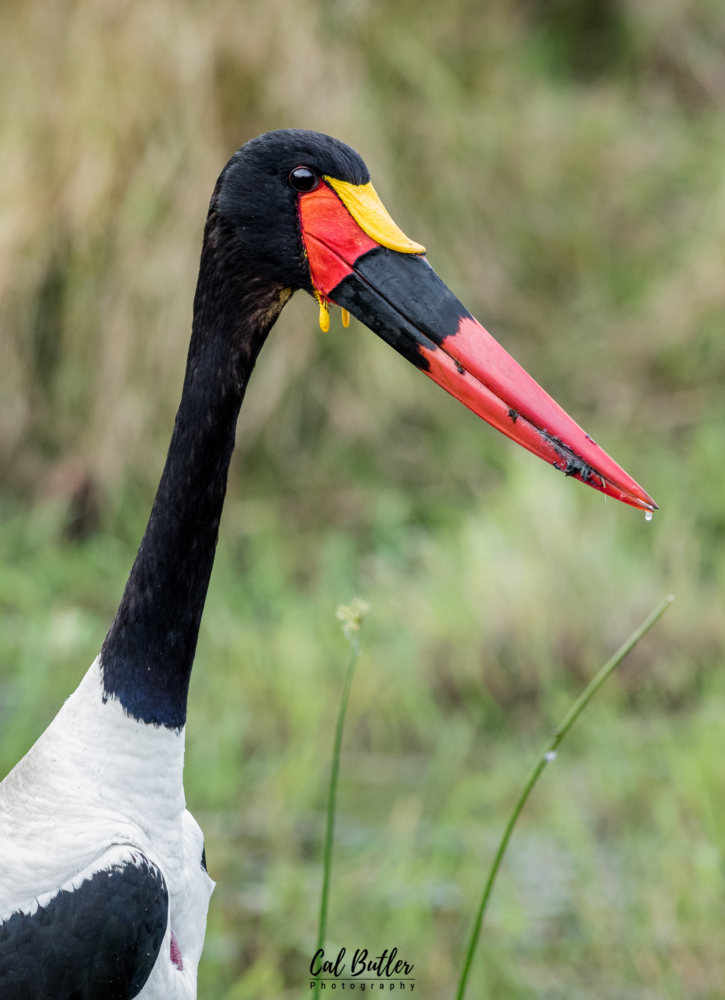 The Secretary Bird is synonymous with the bushveld landscape of our beautiful country. It is a bird of prey, but unlike other raptors, the Secretary Bird has long legs, long wings and even a long tail. It can stand up to 122 cm tall and only flies when absolutely necessary.

Its Latin name, Sagittaruis Serpentarius, refers to its proclivity for snakes (serpent), which it hunts on the ground, along with other reptiles, including tortoises!

According to krugerpark.co.za, the Secretary Bird gets its common name from its crest, which is reminiscent of the quill pens office workers would tuck behind their ears in the 19th century. 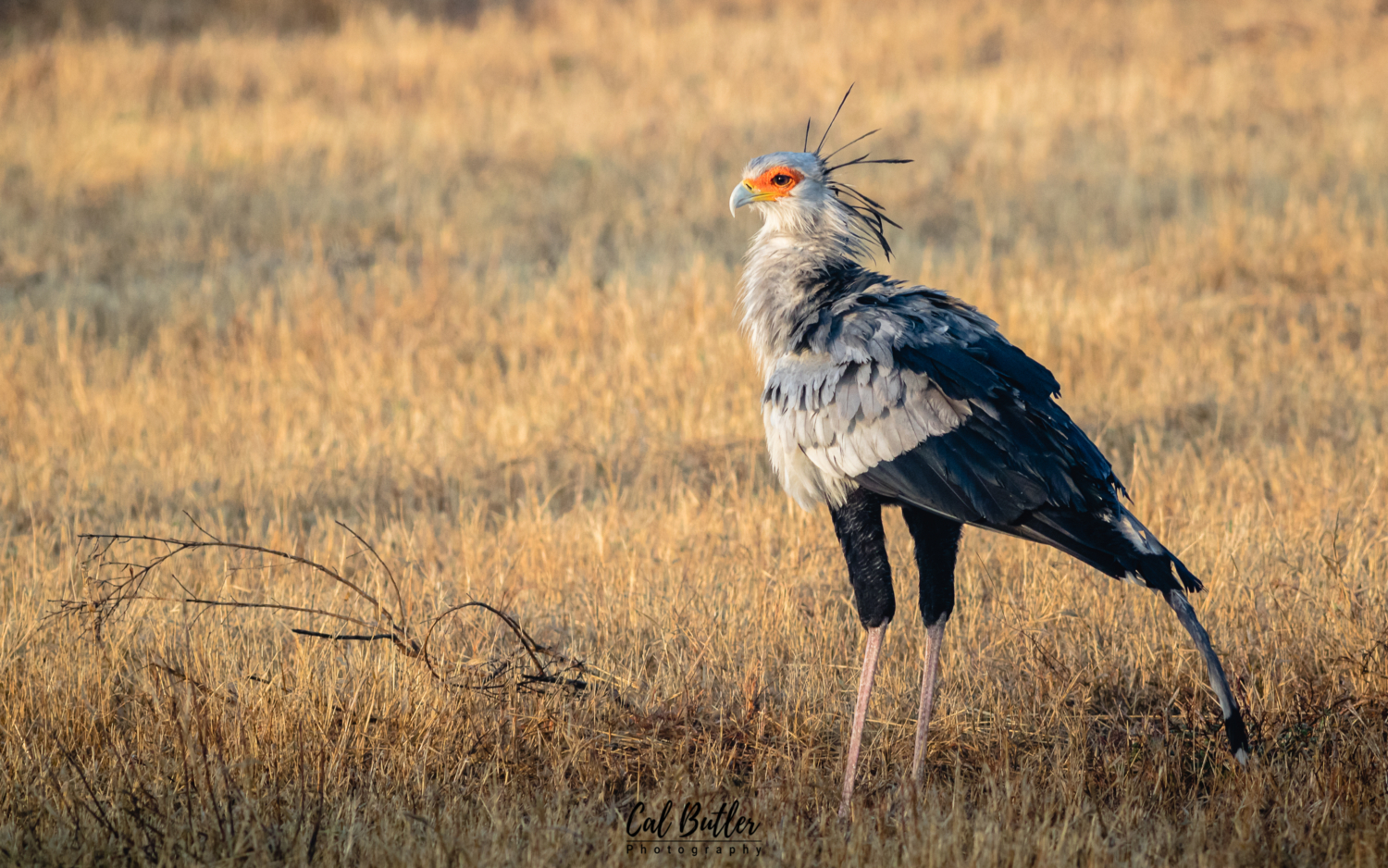 Raise your hand if you’ve been personally victimised by a hornbill in a campsite! (Although this was probably by this guy’s relative, the Yellow-Billed Hornbill.)

The Southern Ground Hornbill is difficult to miss – with its black plumage, red wattle and the bright red skin surrounding its eyes. It’s also big – about as big as a turkey!

Although they prey on small reptiles, these birds are particularly skilled at cracking open tortoise shells with their strong beaks.

Look out for them out in the open – they often occur in small groups. 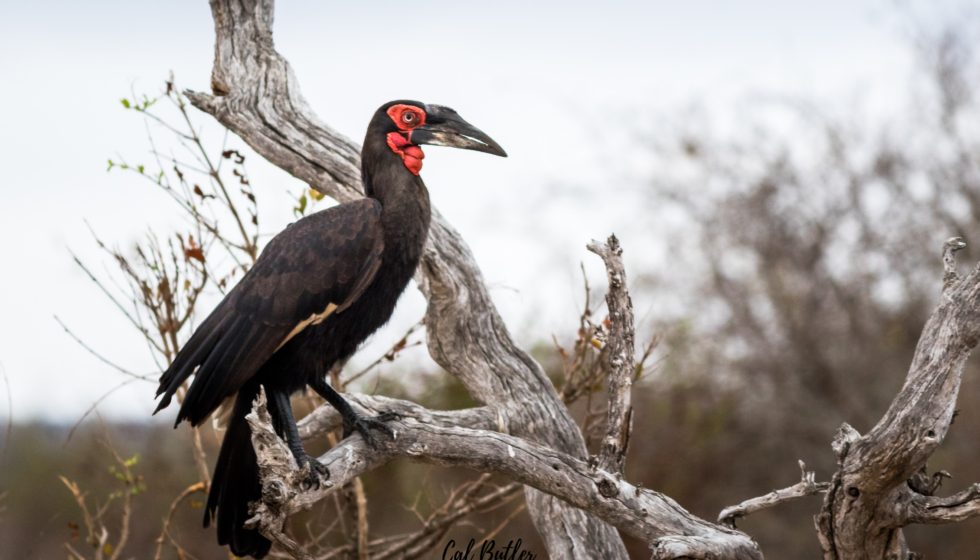 It’s a real brag being able to say you saw this elusive bird on safari. The white plumes on its back (which give it its name) aren’t visible when perched, but you can recognise it by its black head and large eyes which are surrounded by a white ring.

They are mainly nocturnal, but you might see it hunting for crustaceans and small aquatic animals at twilight. Not only is it notoriously shy, but these animals are also categorised as vulnerable in South Africa. Ticking them off your list is a real privilege! 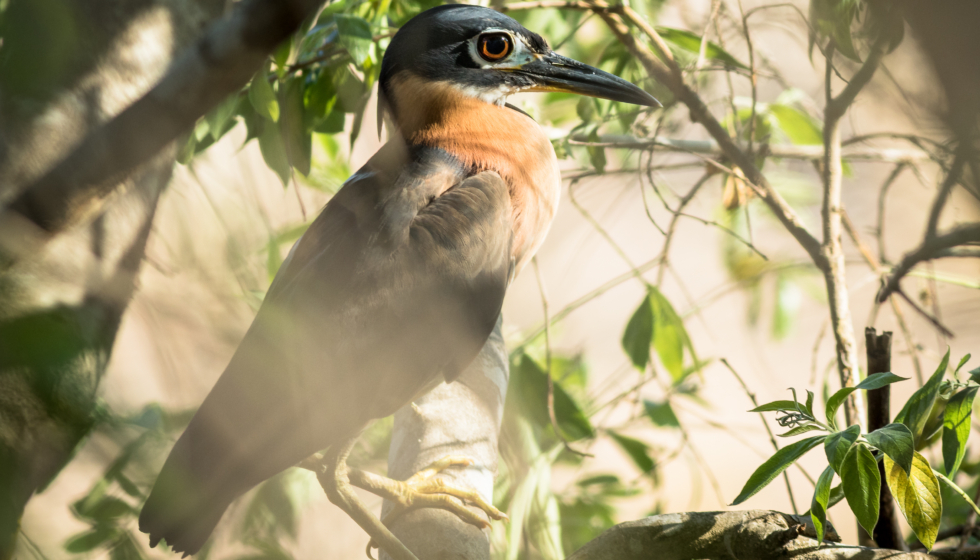 The best time of year for birding in South Africa

Although there are always fascinating birds to see year-round at Leopard Hills, the Green Season (which falls between November and March) in our wet summer months is a particularly good time to come on birding safaris.

It’s mating season and the migratory birds have returned to roost. You’ll spot plenty of flamboyant plumes and interesting mating displays between birds at this time of year.

Print out our checklist before coming on safari. This is a great reference document to take note of all you’ve seen, including birds, mammals and plants!

If you’re interested in inquiring about birding safaris at Leopard Hills, please don’t hesitate to get in touch with our friendly reservations team directly at book@leopardhills.com or use our online booking system by clicking here.

We look forward to welcoming you to Leopard Hills in 2023!