The dry season falls between May and October in the Greater Kruger National Park, bringing with it very little rainfall, cloudless days and some of the best game viewing of the year.

We’ve rounded up some of our favourite sightings from the past few months to keep you up to date with what’s been happening at Leopard Hills. 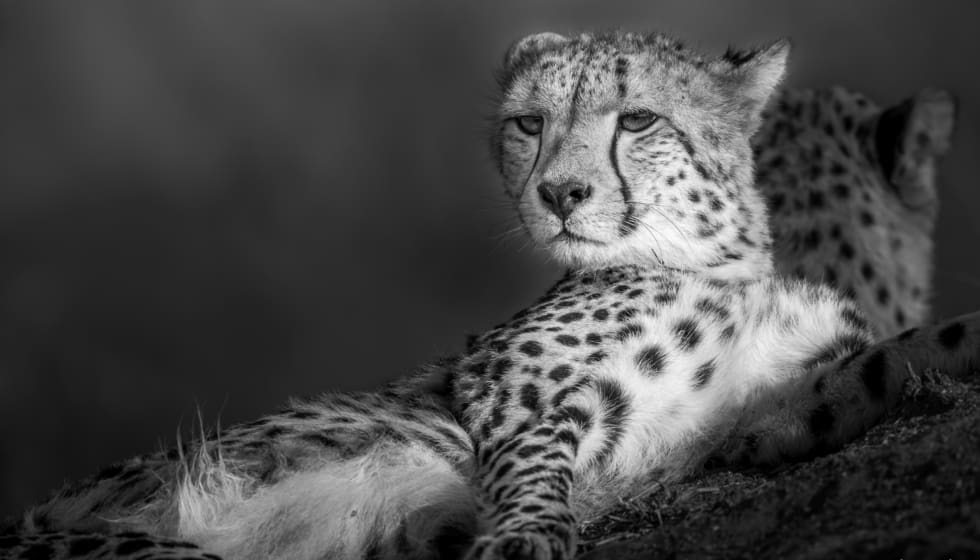 In June, we’d seen an old waterbuck bull staggering around a waterhole for a few days. It was not clear whether it passed on during a cold night or whether the hyenas got hold of it first. When we arrived we saw approximately 15 hyenas jostling for position at the waterbuck carcass.

Catching up with the Matimba males in June

It had over a year since the Matimba males crossed over into our area of the reserve. What an riveting journey they have had.

The two brothers arrived from the eastern parts of the reserve. When they arrived they looked worse for wear. With a large amount of dominant male lions scattered across the Sabi Sand Game Reserve, they must have been pushed of their territories.

Their physical appearance told a rather sad story about the struggles that they have been through. Miraculously, within the first week on our side the two lions managed to kill a buffalo.

Basile and her new cubs spotted in July

Earlier in the year, one of our resident leopards, Basile, was seen mating with Ravenscourt, a dominant male leopard. In time, we could see that the female leopard was pregnant.

We finally managed to get just a glimpse of one of the little cubs peeping over the safety of some rocks. Leopards will often be born with blue eyes and really fuzzy fur. Mom kept them in the safety of the rocks for approximately 2 weeks.

In July, Basile moved them into the deep drainage line behind the lodge. This area provides ample hiding spots for the cubs, but also enough open ground for them to play in the open while mom is around.

As the dry season set in, we saw an upswing in wild dog activity around the lodge. Having these critically endangered animals running around our area of the reserve this dry season has been a great privilege.

One afternoon in August, we swung by the den. After only a couple of minutes, the alpha female emerged and we could see she had clearly dropped the pups. She briefly left the hole and called the alpha male over. It was as if she called him to introduce the puppies.

We gave the mother a few days to herself and to allow the pups to acclimatize to their new environment. A few days later, we were greeted with a quick visual of the pups. The highest count so far has been eight little black faces peering out from the hole.

The hyenas get lucky with a hippo

This month we came across a scene that we do not see too often. Two hippopotamus bulls had a territorial dispute and unfortunately, the brutal fight ended up in the death of one male.

By the time we arrived a large clan of spotted hyenas had already tucked into the carcass. A great deal of the clan was already sleeping and lying around with their bellies gorged.

Between all the hyenas and vultures it does not take long before the whole area was cleaned up.

Cheetah on the clearings in September

Over the last few months, we’ve been cheering on a younge pair of cheetahs. They are a sibling duo that have split from their mother and have taken great interest in the many open clearings scattered around the property and they keep returning to the same spots. 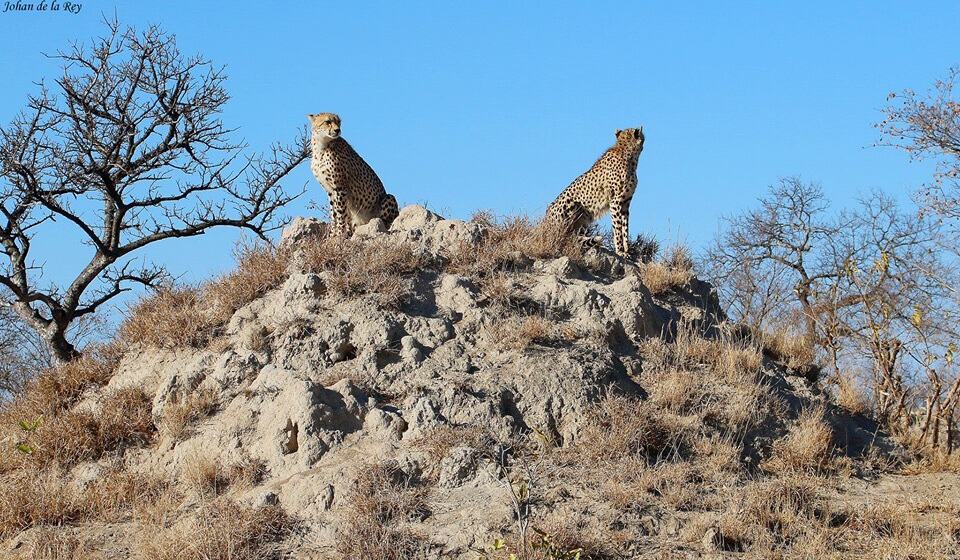 The brother and sister take advantage of termite mounds, offering them a higher viewing point to scan the clearings for predators or prey. The pair have been very successful at hunting. They have mainly been catching impala, but have also managed to take down a steenbok and a little scrub hare to satisfy their hunger.

They have experienced numerous run-ins with hyenas that came to steal their meals. This did not seem to deter them at all and we witnessed them hunting immediately afterwards again.

Stay up to date with all that’s happening in the Sabi Sand by following us on our social media channels.

If you’d like to enquire about visiting the Sabi Sand Game Reserve, please don’t hesitate to contact our friendly and efficient reservations team via email at book@leopardhills.com or by filling in our online enquiry form. We look forward to welcoming you to the one and only Leopard Hills in the near future.