The Othawa Pride take down a buffalo

There are a few sightings on safari that will forever be etched in your memory. We recently had one of those mega sightings and we still cannot contain our excitement.

We were tracking the Othawa lion pride and got a call saying that they were lying up at a dam. As we were making our way there, the update was given that three male buffalo were approaching the water for an afternoon drink. As any safari-goer knows, lions and buffalo are bound to make for some great entertainment.

As we arrived on the scene, the action had already started. The buffalo were head down, drinking water, completely unaware of what was happening behind them. The Othawa Pride was in full stalk mode. What was most surprising was to see the sub adults in stalk mode too. The entire lion family was getting in on the action.

The buffalo ran after the lioness and the rest of the pride, not willing to surrender. Slowly but surely the lions circled the buffalo and drew in closer and closer. 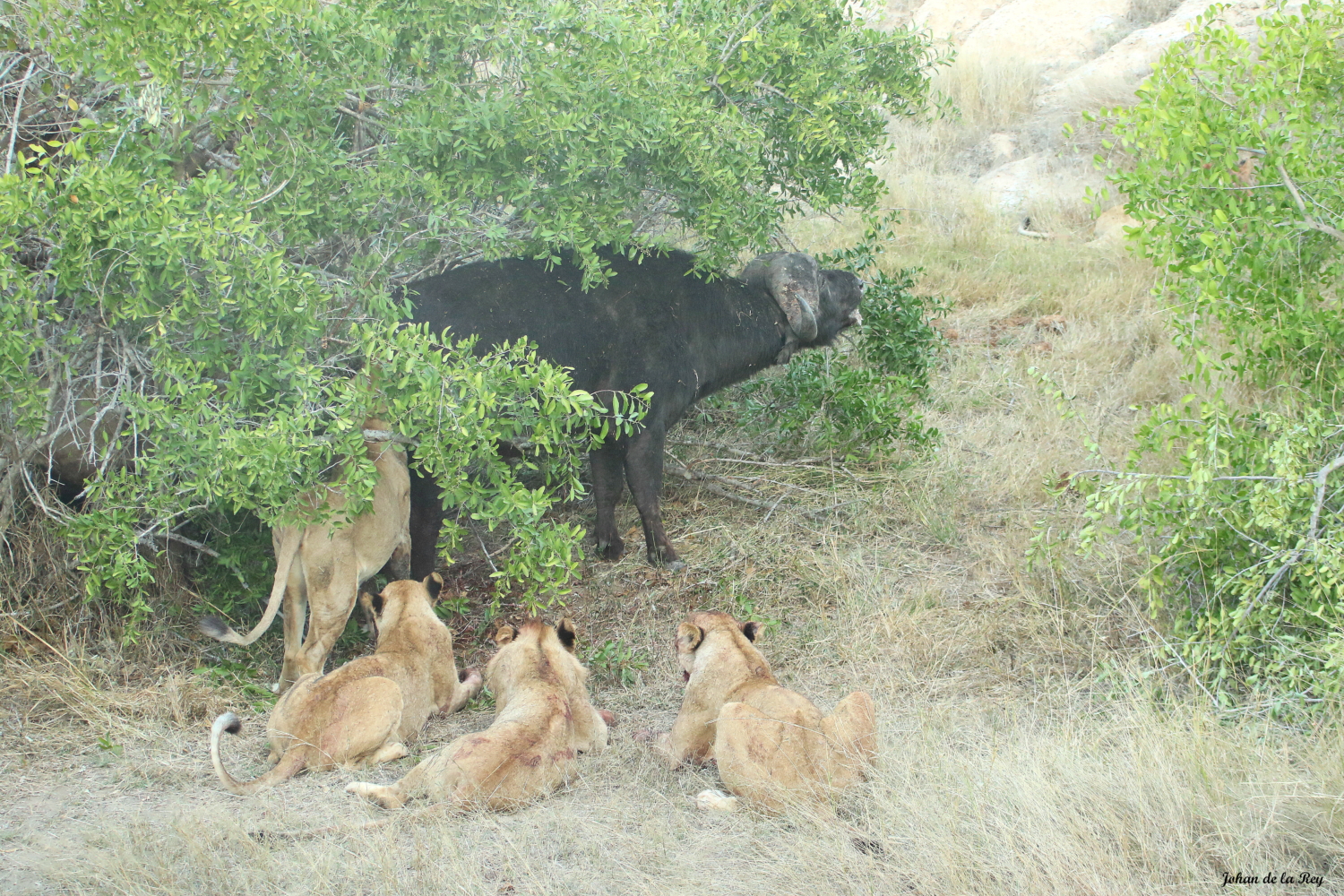 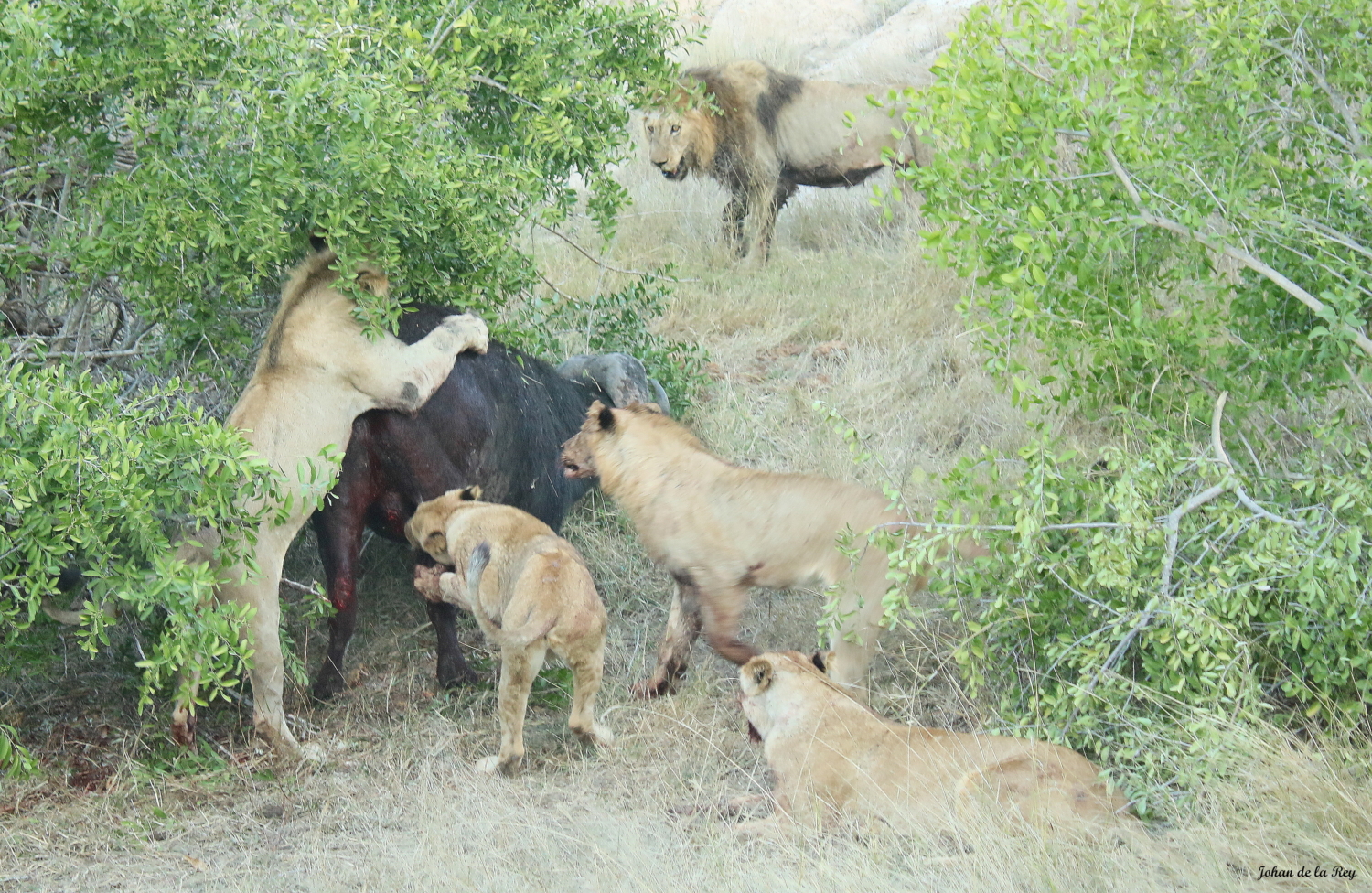 At this point the Matimba male was simply watching from the sidelines. He watched as the females and the sub adults struggled to make much progress. The Matimba male finally decided to get up and join the party. They chased the buffalo over the dam wall and managed to corner it in the drainage line. 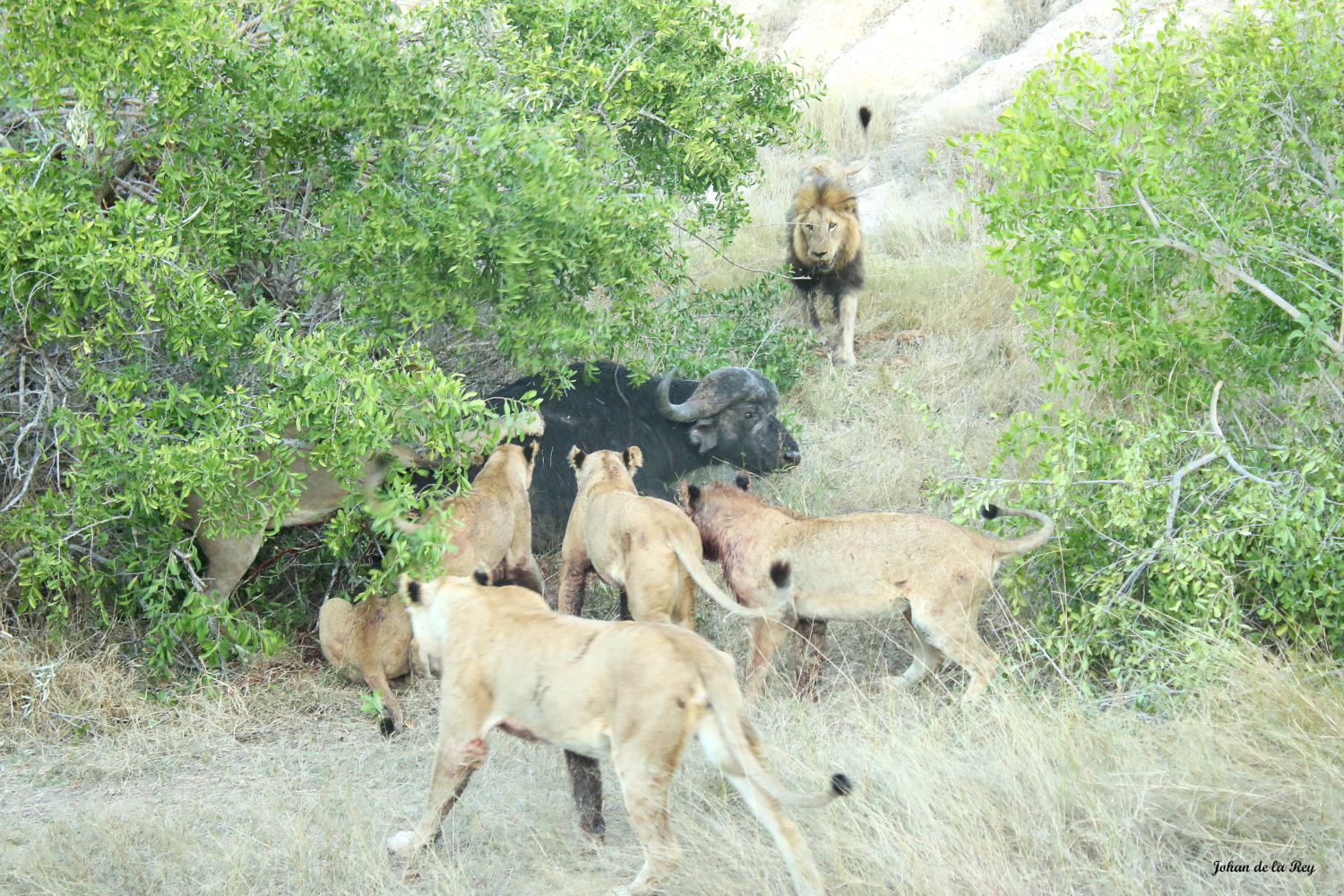 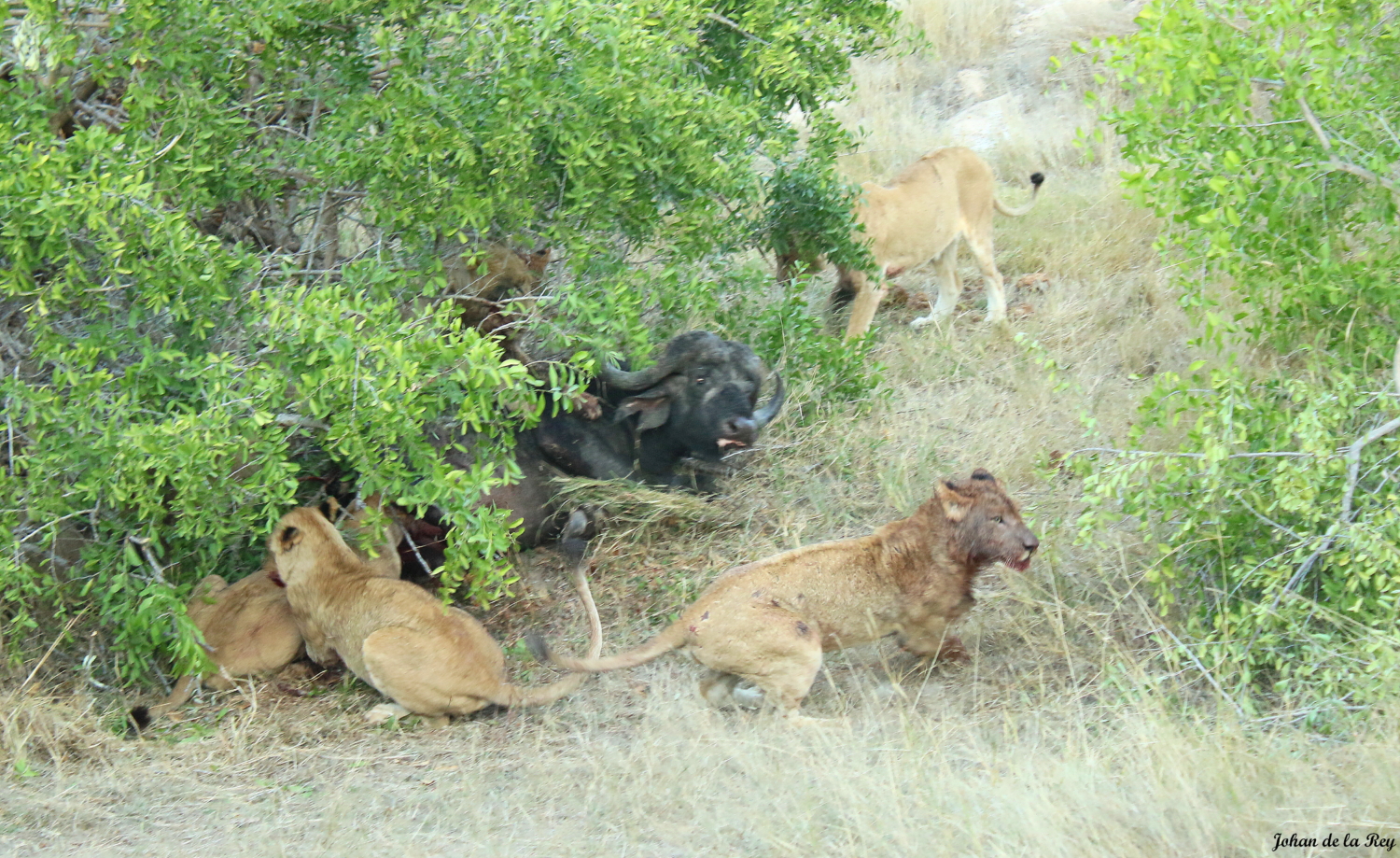 The buffalo would not give up and the lions had to give it all they had. The old Matimba male still had some fight left in him and held onto the buffalo with all he had. The older male of the sub adults also carried his weight and put in a considerable amount of effort. This was certainly a very important learning experience for him. 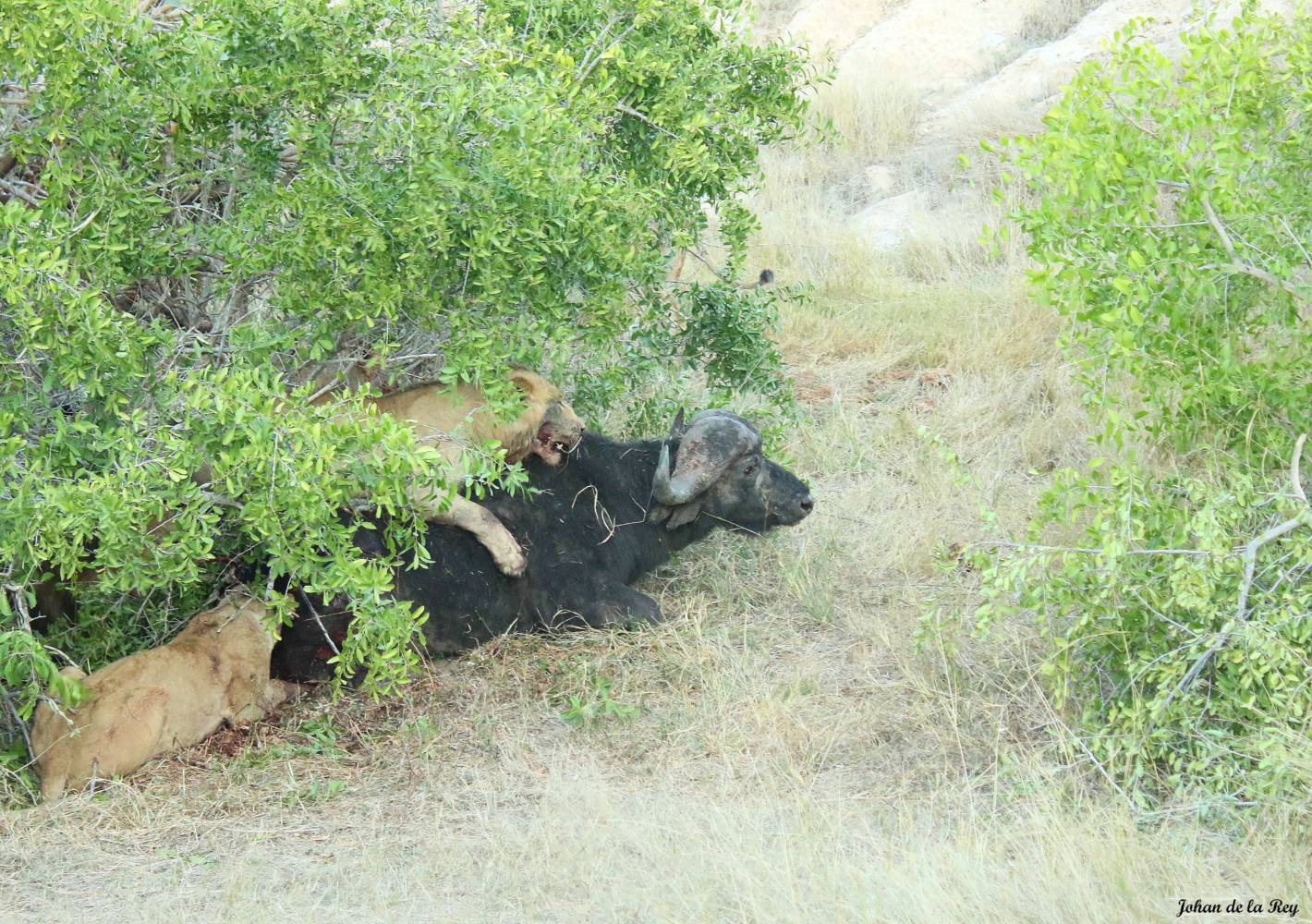 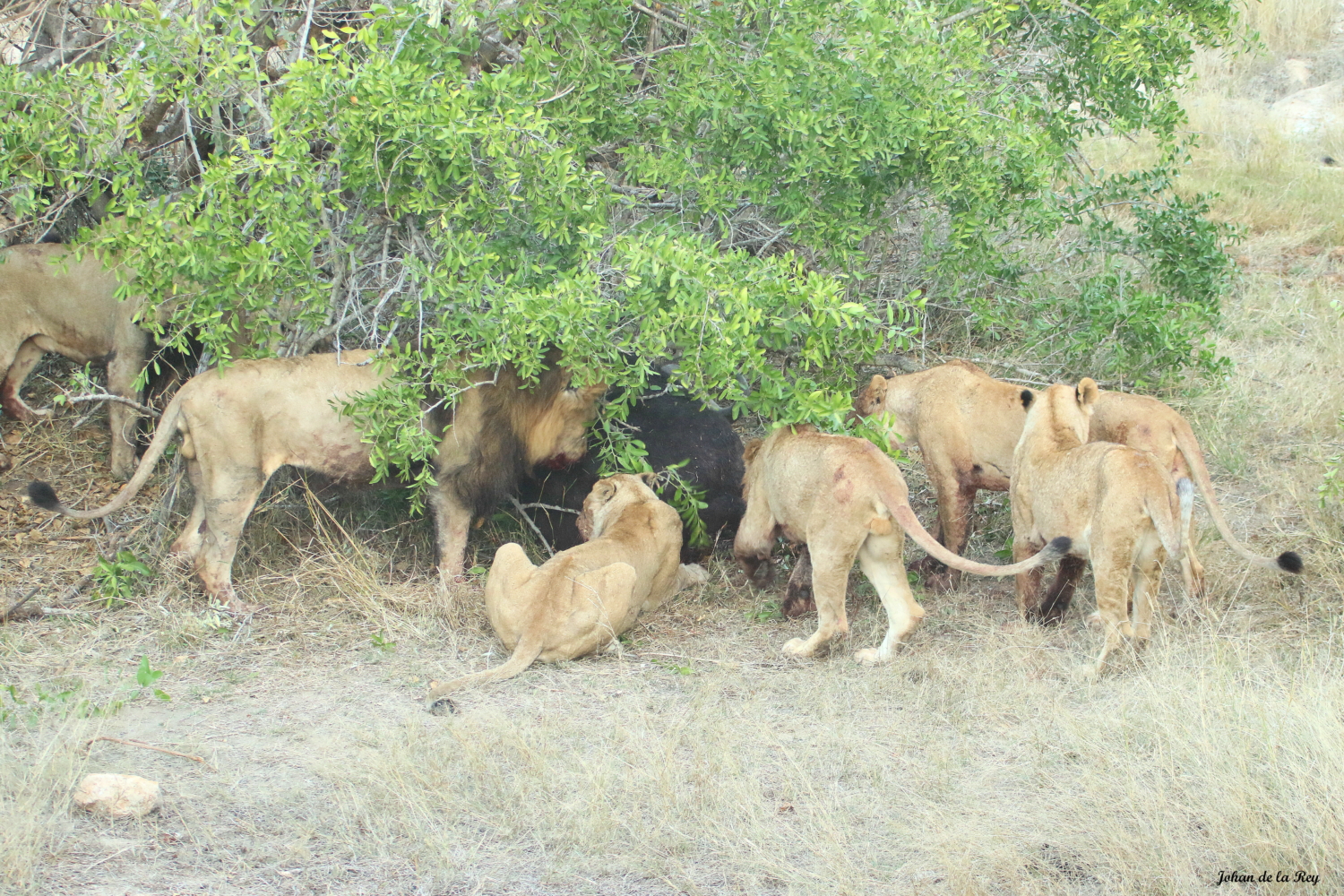 After a long fight, the lions managed to take down the buffalo and enjoyed a big meal together. 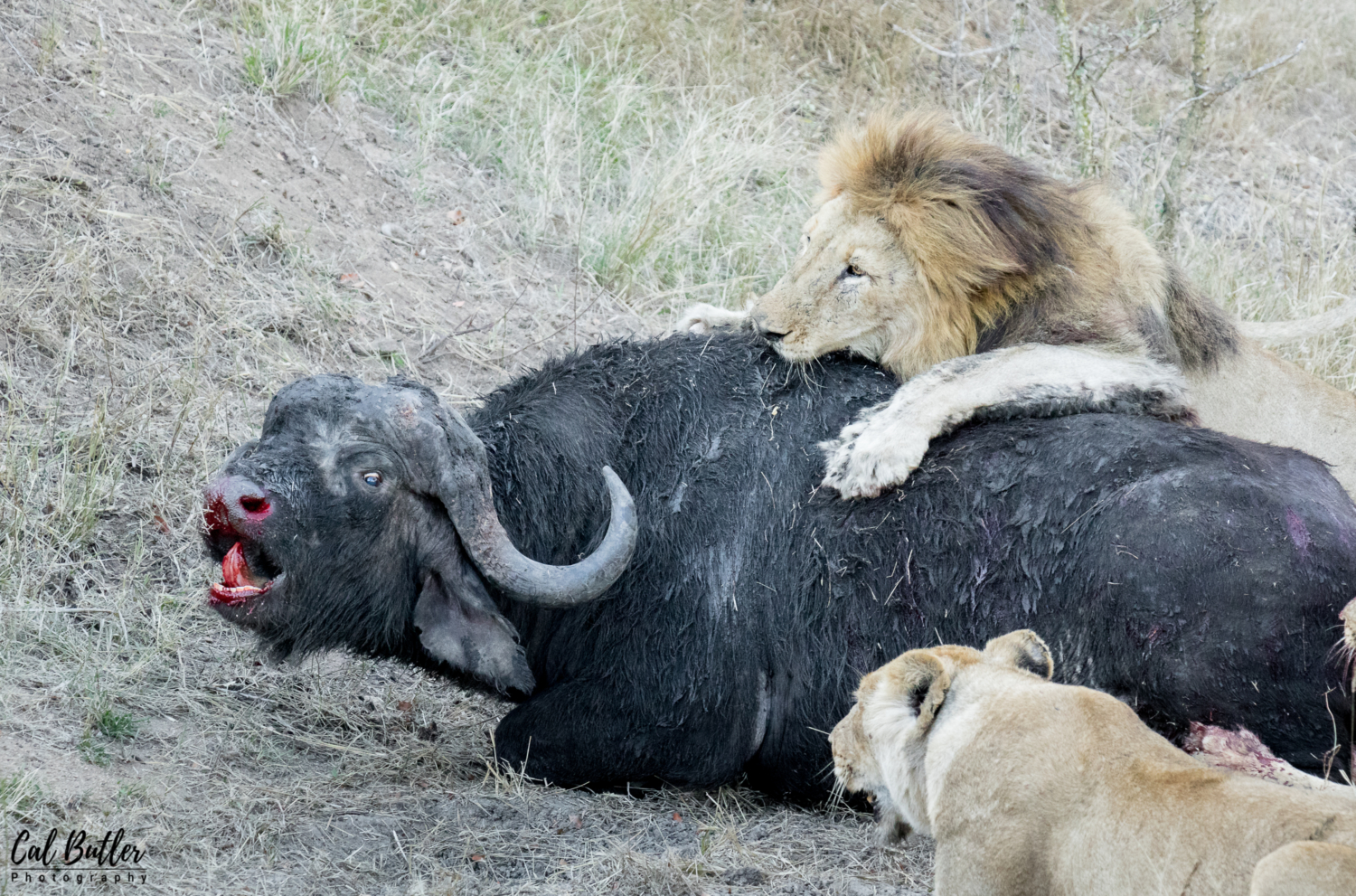