Mapogos wasted no time after their young buffalo kill to look for their next meal, this time very close to Leopard Hills.

26 November 2010, the 4 Mapogo Male Lions killed a hippo not too far from Leopard Hills – this time, the hippo was killed by the watering hole in front of Leopard Hills.

This was unfortunately the young hippo that has been seen for quite some time, he was adopted by another Male hippo and they spent a lot of time together. ( Blog Dave wrote on this young hippo at Young Wildlife in the Hills )

The last couple of days the youngster was seen on the side of the watering hole with a couple of cuts and puncture wounds, possibly from the Male Hippo in the water. 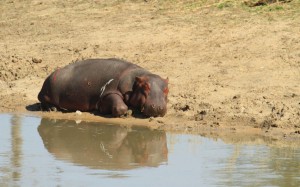 His last afternoon was spent with this Male Hippo in the watering hole – alongside each other – he was taken down by the 3 Males not too far away while grazing in the early hours of the morning. This Adult Male Hippo was seen doing his patrol around Leopard Hills this morning, on his way back to the water where he spent many days with this youngster.

It’s very sad and unfortunate, as this youngster was very relaxed and offered some fantastic viewing.

This did however mean that the Mapogos spent a couple of days around Leopard Hills, roaring late into the night!!

The next morning we were fortunate enough to see the Xhimungwe Female with the two older Cubs on the remains of the kill, with the Mapogos roaring not too far away. 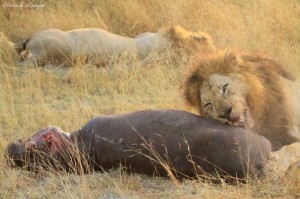 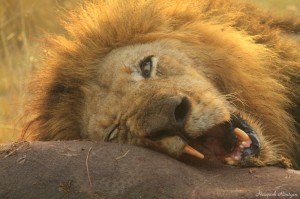 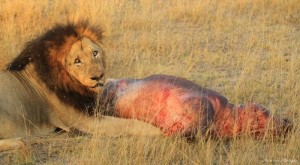 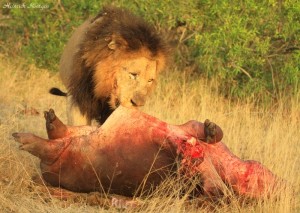 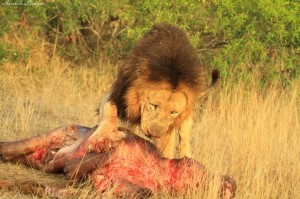 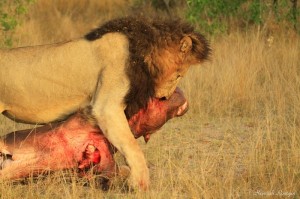 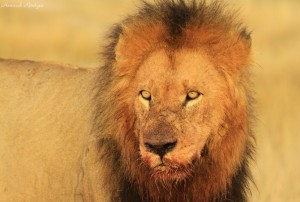 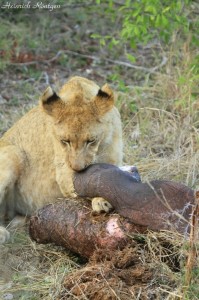 Photo of the Xhimungwe Cubs and the Giraffe their Mothers killed, was during the same time the Mapogos had the hippo kill. The young giraffe was taken down North of the Sand River, where the Xhimungwe Lionesses have been spending a lot of time. 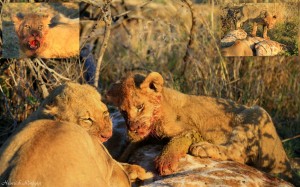 Another couple of inceredible days with the Mapogo and Xhimungwe Lions!