My guests and I shared some of the most amazing photographic opportunities last week.

We had the greatest sightings day after day of all the large predators.

The week started of perfectly and after the first overcast afternoon the sun was out and set the tone for the perfect week of photography.

The following afternoon we had a sighting of a female cheetah and her almost adult youngster. For us this was magic as we seldom get to see let alone photograph cheetah in perfect light. 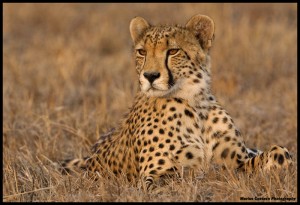 Over the next couple of days we managed to get stunning images of lions hunting wildebeest. The one morning after leaving camp we found 5 members of the Ximungwe Pride less than 500 meters from Camp. The Pride was lying on top of a broken dam wall warming up in the early morning light when suddenly they got very interested in something moving in front of them. The lions then stalked closer and like a bullet out of a rifle shot passed us. Luckily for the wildebeest the lions had no success. 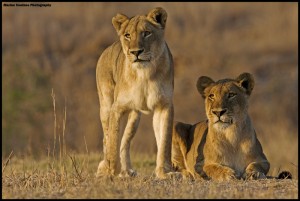 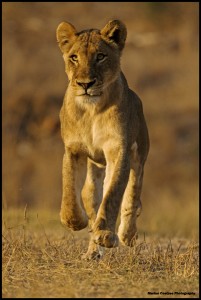 On an afternoon drive we came across a hyena lying in a muddy pool, cooling down from the heat. After a while the hyena stood up and had a drink, the golden light

On the last afternoon of the week we received our first thunder storm for the season. We were watching a female leopard that had killed an impala the previous day.She was lying on a tree stump in the pouring rain .

We hoped that it would stop raining to get some shots.

When suddenly as if it was organized the rain stopped and the sun peeped through to complete our last image for the week of Africa’s super predators. 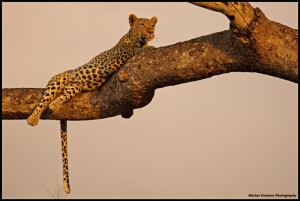