The War Rages on and it is spiralling out of control.

I think there are very few people out there that are not aware that Africa is facing a severe crisis pertaining to the rapidly dwindling population of Rhino roaming free in its Reserves. I am not being melodramatic when I tell you that we are facing the real possibility this Species faces extinction in the not too distant future unless there is a radical turn around in philosophy, education and method in the way we deal with this present situation. 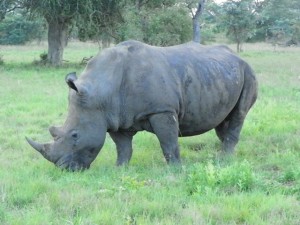 Statistics tell us there are fewer than 15,000 Rhino roaming the African Continent and on the present downward spiral, it will not be long before this number is decimated.

In South Africa in 2010, 333 of the magnificent animals were slaughtered, last year 447 died. As we enter the dawning of this New Year, 25 Rhino have been slaughtered already.

I have deliberated long and hard about posting this article, it is obviously not the usual “feel good” article you have come to expect on our Weblog, but the Bog is, and always has been a place we have always been brutally honest, no matter how good or bad the news is. What we need you all to do is spread the word to as many people as you can, in an attempt to get the message across, and put as much pressure as we can on the worlds Governments to step in and use their power to help us fight the fight.

We are constantly on alert and are ever active out here in the field, we are doing what we can, but without the rest of the world’s help, this species is facing a dark future. I am honoured to work here on the ground with so many dedicated people, who are relentless in the amount of hours they put in fighting this war, often with no regard for their own personal well-being, and yes we are making a difference. We need reinforcements and this is where you all come it, please put pressure on anyone you know who may be able to make a noise. I am tired of not being able to tell the true story for the fear of Syndicates gaining information on animal numbers through social media sites, let’s use the power of the Internet to fight the war in a positive way.

We are all responsible, directly or indirectly, for the plight of the rhino, as well as thousands of other endangered species. We are all accountable for their future, and we are all capable of doing something about it. So, let’s unify on the one thing that we all truly want and let’s put our differences aside to become an unstoppable force.

I will not end this article with a “gory” picture, of which there are many in circulation, I will end it with a picture of these magnificent animals as I always want to remember them and hope to see them, roaming this magnificent Continent long after we have gone.

The picture above/below was taken by my 12 year old daughter, (location undisclosed), who has been blessed to grow up seeing these magnificent creatures in their natural environment, I pray nightly that her children will be able to do the same.