While taking photos at the Lodge’s watering hole, the unexpected happened….

As Brooke and Ryan were having their photos taken by the vehicle, the herd of Impala had moved away from the watering hole into a clearing not too far away from us.

The Impala then all started alarm calling, looking in the same direction. We immediately got on the vehicle, hoping there was reason to them being as upset as they were.

Within seconds we were at the area the impala were facing and I got a glimpse of what I was hoping we’d see.

As we went around the thicket we got a female leopard, Hlaba Nkunze, coming straight at us. As she came out of the thicket we only realised we were in for a lot more than we had anticipated, she had caught a female Impala who was still trying to get out of the grasp of the Leopard. Hlaba Nkunze came right up next to the vehicle and left the then still Impala in the long grass. We were all so extremely amazed at this as everyone was hoping for a leopard, but nothing as special at this!

Hlaba Nkunze then started her feeding on this female impala without too much hesitation. . with everyone still in ecstasy about what just happened. This was a very special moment for Ryan and Brooke having an experience like this on their wedding day. Having Hilet de Klerk, the Photographer, on the vehicle meant that she was taking some amazing photos of the Ryan and Brooke with Hlaba Nkunze and her freshly made kill.

This was a truly beautiful setting; with Hlaba Nkunze feeding, glass of champagne for Ryan and Brooke and an amazing African Sunset. After watching Hlaba Nkunze for some time we followed her to the front of the lodge, where she met up with her cubs to take them back to the kill she had made.

This was a very special moment and it was a privilege for Hilet and I to have shared it with Ryan and Brooke.

Congratulations to Ryan and Brooke from Duncan, Louise and all the staff at Leopard Hills. 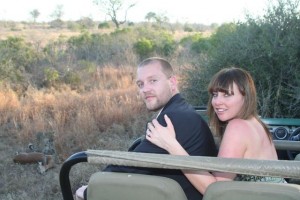 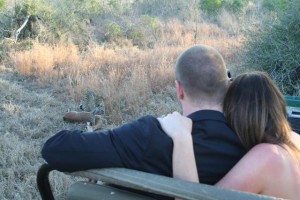 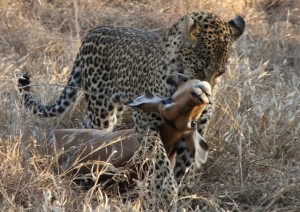 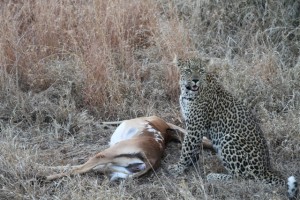 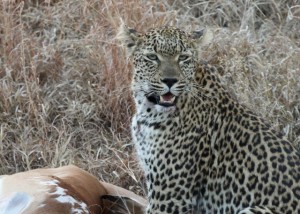