A chill in the air and clear sunny days herald a welcome change in season after a very wet summer! There is a stillness in the misty mornings and evenings as the woodland kingfishers have taken their booming calls far to the north! 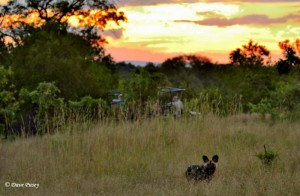 Stability seems to be reigning supreme here in the west with both the male and female leopard dynamics fairly stable…for now. 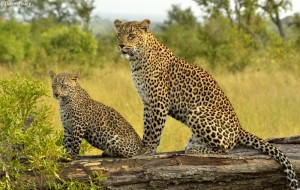 Her playful female cub is growing bigger by the day and is still being led all around her mother’s vast territory to her various kill sites. See image below and amusing video of her cub manoeuvring around a small marula tree with a male common duiker kill. 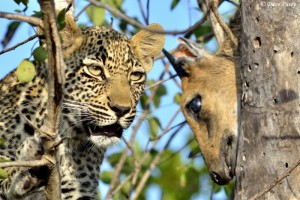 Hlaba Nkunzi is also seen a lot on her own and seems to be constantly on the move, getting around and marking her vast territory. There is a lot of marking activity and vocalising on her boundary with Metsi, lots of competition for space now that they both have growing female cubs! See video of her vocalising. 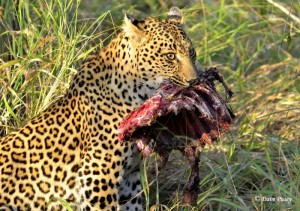 So glad to report that Metsi and her female cub were found more often this month, we had one really memorable sighting of them for a few days on an impala kill. The cub is relaxing more and more with the presence of game drive vehicles and is becoming a joy to watch. The female bloodline in the west looks very safe with both Metsi and Hlaba Nkunzi having female cubs. 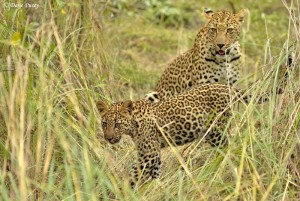 She was found frequently this month, on one particular occasion we arrived just as she was dragging her impala kill up a tree. See images below and some video footage. 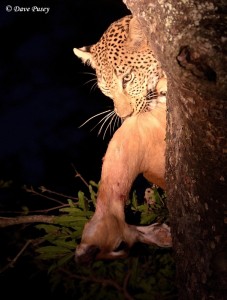 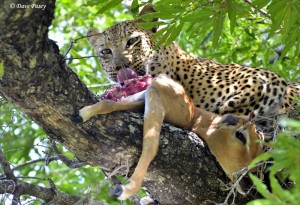 It looks like she has lactation stains and most likely has little cubs hidden somewhere…watch this space.

Dayone is covering huge distances as always patrolling his rather large territory, he is always a pleasure to watch. He is pushing a little further east and he is often seen walking and marking the same areas that Kashane has been frequenting! There could still be more trouble brewing between these two.

Kashane contemplating his next move from high up a Jackalberry 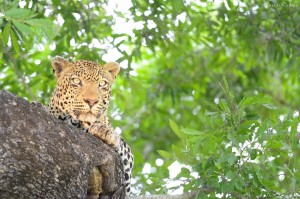 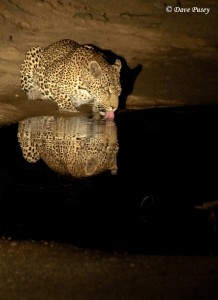 He is still hanging around gaining strength and doesn’t seem too fazed about the presence bigger older territorial males around! He is nearly 4 years old and may become a real threat very soon!

Thanks to our guest Todd Fearon for being so quick on the draw and capturing Hlaba Nkunzi vocalising
[FMP width=”640″ height=”360″]https://www.leopardhills.com/wp-content/uploads/2013/03/Leopards-mar13.flv[/FMP] 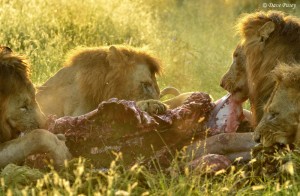 All 4 gaining strength and feeding on their wildebeest kill

They faced their moment of reckoning during the latter part of the month, an almighty confrontation between 3 of the huge Majingilane males! In the aftermath one had an injured lip and another one an injured eye but they look stronger and more assured than ever! See images and video below. The way they handled the wily older Majingilane boys was commendable and the future of the Ximhungwe cubs looks very bright indeed!

One of the more dominant males just after putting his body on the line and sporting an injured lip. 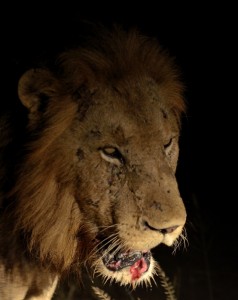 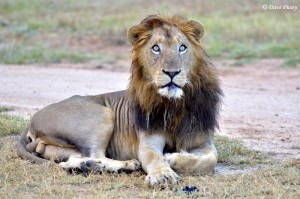 All 4 looking for buffalo a few days after the battle. 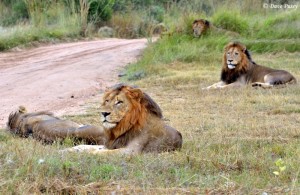 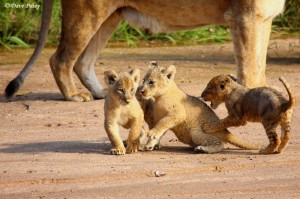 With the cubs still being so young the lionesses are not covering much ground at the moment and we are able to find them almost daily. Early mornings and late evenings are always a good bet to see the little ones active and playing around. Enjoy video footage below! 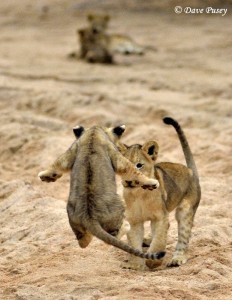 The poor Othawa lionesses have been caught right in the middle of the titanic battle of the coalitions, they probably instigated all the furore by being so attractive in their oestrus condition…Tracks of one of the lionesses have been seen far west, going back and forth to the same river bed, maybe some little Othawa cubs are on the way! Watch this space…

The pack of 8 has been here a few times this month! The good news is that the one yearling from last year that was separated from the pack somehow found the rest and has rejoined them after over a week on his own.

A rarely spotted dwarf bittern hopped up from a roadside pan and paused briefly in this tree. Very good sighting for the birders. 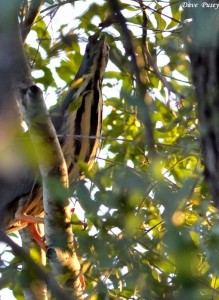 A handsome young male cheetah arrived in the west and delighted us for a few days. 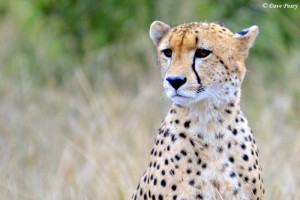 This young hyena was found killing a fully grown zebra! The zebra must have been sick or injured, reminding us that there is no place for the weak in Africa! 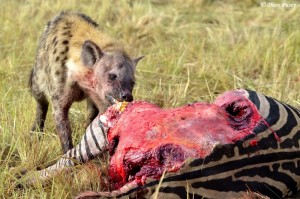