With a lot of work and preparation by the girls, we were all spoiled by an evening filled with fun and laughter.

They had invited us to a Game Show, which they were the hosts of. On entering the Library, we were welcomed by the girls, with posters which they had made and put up on the walls. Above the “stage” was a poster which read, “Back to school”, which was exactly what it was.

During the show, there was a board which had on it the names of some of the subjects which they had done during the year. The girls would then ask a question to of a certain subject, which in turn could be answered by the table who responded the quickest by putting their hand up.

There were quite a few interesting Social Science, Science, Maths and English questions and some hard ones too. When was the last time you had to calculate 535 x 6, under pressure after a glass of wine?

After the Game Show Prize giving ( which due to it being a sensitive matter – will not disclose the results ) the real winners of the evening were rewarded for their hard work and dedication throughout the year.

Megan, Promise, Storm and Kiara all had an amazing year at the Leopard Hills, the Prize giving and Game Show showed us exactly that as they ended the year on a very high note. It really brings great pleasure to everyone at the lodge, seeing how they are excelling and reaching new heights as they mature into young ladies!

Thanks to all the girls; Megan, Storm, Promise, Kiara and the teacher Marlise, for an unforgettable evening! 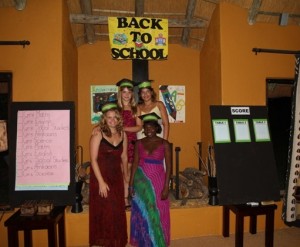 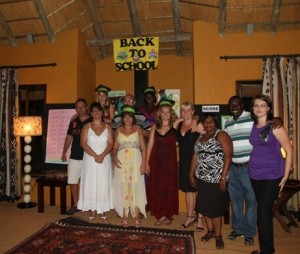 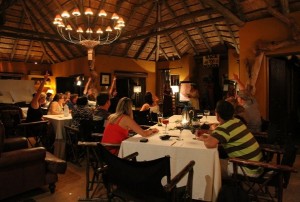 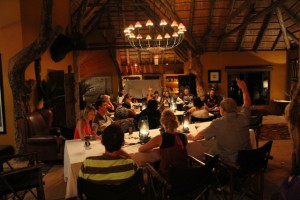 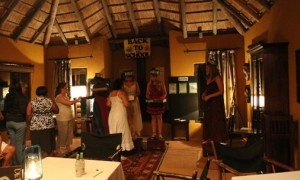 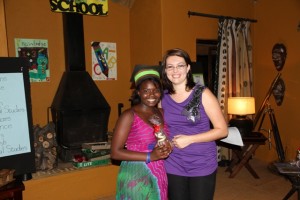 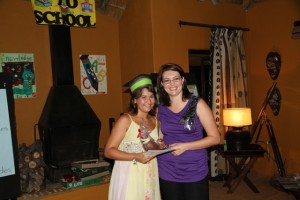 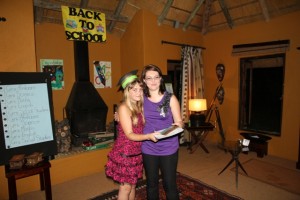