On a sweltering summer’s afternoon, Tammy and Jacques exchanged their vows, and became husband and wife.

Many of you who have visited Leopard Hills will know Tammy by her smiling face as she walks the pathways of the Lodge ensuring the Housekeeping Department is of the stunning standard that we have come to expect as the norm. You will have also tasted the delights that Jacques and the Team in the Kitchen produce on a daily basis, this was truly a union of talent.

We were very honoured to have been invited to the “Big Day”, and to be able to witness the “I Do’s”, conducted in spectacular surroundings, high up on a Hills overlooking Nelspruit. The night before had brought in a severe thunderstorm and torrential rain, we all prayed hard for sunshine on this very special day. At 15h30 as the ceremony began, the clouds had cleared and the hot African Sun blazed down on the special couple as they said their vows and became husband and wife.

Congratulations to you both from all of us at Leopard Hills, we look forward to having you home after your very brief “Honeymoon”. 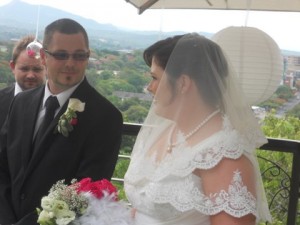 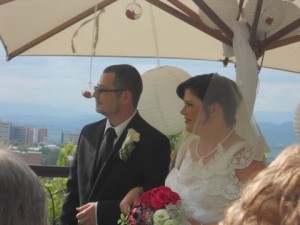 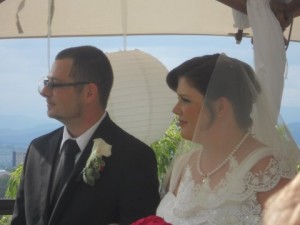