Great Sightings in the last Week

Great Sightings in the last Week

Another week of great sightings and photography for the guests and guides at Leopard Hills.

A couple of days after watching the spectacular sighting of the two leopards, we found our favourite leopard Makwela lying on a massive granite boulder.

For any wildlife photographer an image of a leopard lying on a rock is an always a special image to have in your arsenal. I was fortunate enough to have another top photographer with me, Jeff Derx, who accompanied by his wife Carol has done many safaris in Africa and with him “firing” on all cylinders it was a great morning for us both. We had the sighting for more than half an hour and managed to try different angles and settings until we were able to get the perfect shot. 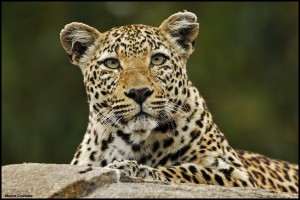 For my favorite image of the morning I used a Canon fixed 400F2.8 lens and the 2 x converter. At a setting of 125/sec and F5.6 I got enough light, perfect out of focus back ground and sharp detail on the leopard. 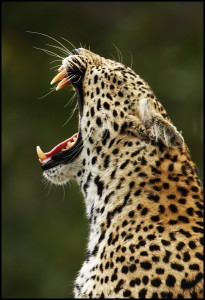 Two afternoons later we came across a massive elephant bull in late afternoon golden light. Capturing unique images of elephants is always difficult. I decided to gamble and by shooting at minus 2/3 of a stop got an image of the tusk with a rich golden color and the elephant almost completely dark in the back ground. 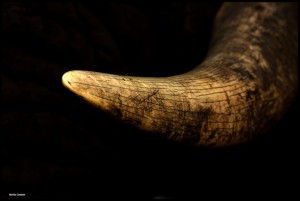 We had some great sightings a couple of days later with guests Richard, Lori, Tom, Pam, Buzz and Janice from the USA, of two massive male leopards having a territorial stand off. This time I decided to leave the camera in my bag and just observe this special sighting. Seeing the younger and more confident Tekwaan male leopard slowly but surely pushing the older Wallingford male out of his territory was a wildlife spectacular very high on the list of anyone that was fortunate enough to watch it.

I will be going to Mozambique for two weeks on Monday but cant wait to get back to my favourite place in Africa, my home Leopard Hills.

0 thoughts on “Great Sightings in the last Week”