Another Week of Phenomenal Sightings

The highlight was without a doubt the sighting of Mambiri?s female leopard?s new cub. I have only seen the cub a handful of times. But on Tuesday morning my guests and I decided to leave the lodge early. We headed straight to the site where she and the cub were feeding on a bushbuck kill. On arrival both mom and cub were lying behind a fallen tree stump and viewing was very limited. We decided to wait it out and 10 minutes later the young cub gave us a perfect view as it climbed onto the tree stump only meters away from us. 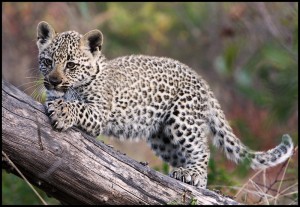 The big herd of buffalo, numbering hundreds of individuals, spends the whole week in our traversing area.

As usual the predators weren‘t far behind, 3 of the 6 Mapogo male lions was seen around the lodge on an almost permanent basis. One of the males managed to catch and a kill a young calf a couple of evenings ago. While his brothers spend their time in the company of a female, the killer enjoyed the feast on his own. The Ottawa pride consisting of 2 adult females and 6, approximately 18 month old cubs was seen daily around the Sand River. We also had a great sighting of the Ximungwe pride feeding of a water buck in the Southern part of our traversing area. 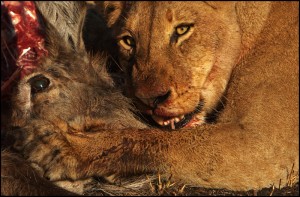 Another very exciting sighting was of a single male cheetah in the Southern part of our reserve. The male was lying on a clearing when the arrival of a small group of blue wildebeest caught his attention. The male proceeded to stalk within meters of the wildebeest and lay hidden behind a small bush. To our surprise the last wildebeest (a youngster) passed the cheetah and still there was no attempt from the fastest land mammal to bring one down. The only explanation that I had for this behavior was the fact that as a single predator the risk of injury to the feline out weights the possibility of a large meal. 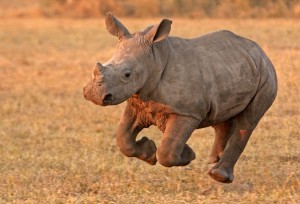 A female rhino and her small calf were seen on 6 different occasions. I have never seen such a relaxed mother and calf before and they provided us with non-stop entertainment and photographic opportunities.

The unexpected arrival of 3 wild dogs was a very special for us. After following the dogs for a while our excitement reached a new level as the dogs came across a small herd of impala. Unfortunately the dogs had no success in catching one, but still seeing wilddogs on safari is a rear treat.

0 thoughts on “Great Game Viewing in the Last Week”