The journey to Leopard Hills always seems to last a lifetime, such is the excitement and anticipation of what may be….

On a personal note, I spent much time enroute, thinking of the past. Mambirri long gone, yet her offspring, Thlangisa, still around to take one’s breath away. The mighty Mapogos also a part of history, and given due credit, one cannot believe anything else than the fact that they are amongst the most famous (infamous) and fantastic Lions ever to roam the wild. Hlaba Nkunzi’s lost cubs, but the knowledge she had another. Then the people I would miss, and those who have left. Marius, Shane, Gary and Dave, amongst others. Not only were the names and faces of the animals and people changing, the lodge itself was changing. What would the 3 days hold,….?

I arrived at the lodge, and checked into one of the renovated rooms. All I can say is that they are truly splendid. A grand mix of modern comforts, yet bursting with African authenticity. Shortly after settling in, I met Jeanne (jammer, ek weet nie hoe om die kappie op “e” to sit nie) who was to be my guide for most of my stay. Refreshments before afternoon safari were served, then the adventure truly began. The moment where looking through Mother Nature’s glass window is broken, the vehicle roars to life and the talented team of guides take you far beyond the pane of inquisitiveness and question. They take you into the middle of Africa’s heartbeat, where you no longer become a distant observer, but a part of it, and your own heart beats a little faster… On that very first drive, it was not only the game viewing vehicle roaring in the African bushveld…

Jeanne decided to head North of Leopard Hills, which is a stunning part of the reserve. Tracking Lion from the morning, he had his work cut out being only one of two vehicles in the area. It was not long before we found a Selati Male Lion, separated from his coalition and lying nicely in an open clearing. Jeanne made the call that the Selati male would probably be a bit more active later, so we would return to the location and head off in search of other animals in the meantime. Great call on his behalf. He managed to get a sighting of the Tai Dam male Leopard, who really is a magnificient animal. Young, yet solid, and not that shy of vehicles. I hope he finds himself a spot of territory in the area. Returning to the Selati Male Lion later was a pure treat, as he flexed his vocal chords in an attempt to relocate his mates.

Here are a few photos from that very first drive. 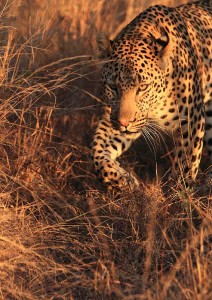 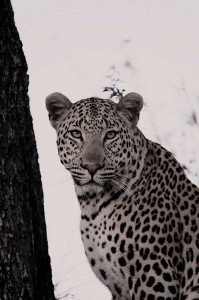 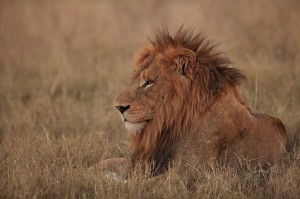 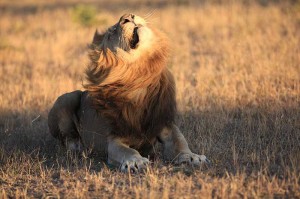 As usual, Leopard Hills put on a display of wildlife that well and truly leaves one speechless. I went on safari with both Jeanne and Johan, both of whom produced sightings, which will forever be etched in my memory. I personally had an endearing moment watching Hlaba Nkunzi and her cub. She is as much a part of Leopard Hills as the wonderful staff, and I am sure I am not the only one hoping that her cub will grow to maturity and find a territory, to claim as her own, which will not be far from the lodge. The interaction between herself, her cub and the sire thereof, the Khashane male, was rather intense while “sharing” a kill. 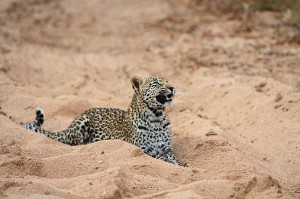 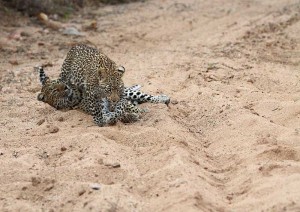 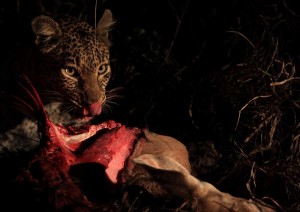 There were countless special moments on this trip, none more that seeing the Xhimhungwe cubs playing at dusk, while being observed by a Giraffe, as well as basking in winter sunlight during the day on my final safari drive. They are just the cutest little things. 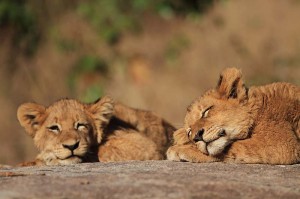 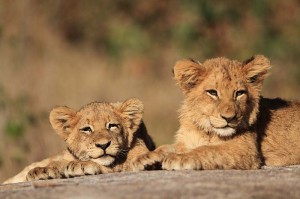 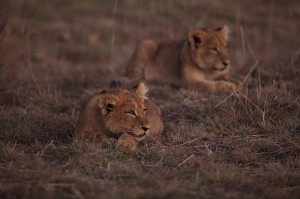 Indeed this is a very special place, and one where words will seldom do it justice, so here’s to hoping the attached photos will do the job. Lastly, was what I considered to be the ultimate game of Chess. Two of the big boys in Leopard Hills, Kashane and Day One male square off a mere 50 meters from each other. Low guttural vocalizing, and intense stares from both of them, as they expressed their disgruntlement with each other’s presence. 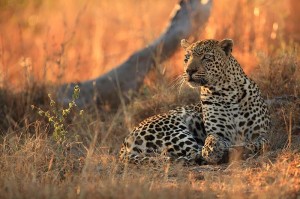 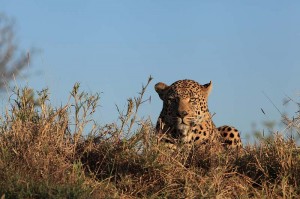 Without dragging the incredible trip out any further, here are 3 special, symbolic memories, while soaking up the experience that is Leopard Hills. What would Africa be without Elephants? Where would the laughs be without the comical interaction of Mongooses, and where would the action be, without the energy of Wild Dog? Elephants being us loafing visitors, the busy Mongooses representing the ever busy and highly entertaining staff, (thanks B for your running around, highly appreciated!!) and the Wild Dogs in management, always active to ensure the well being of “The Den” which is Leopard Hills. 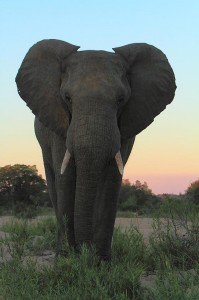 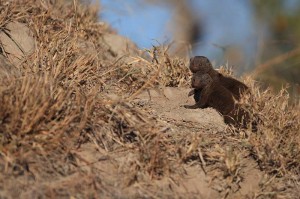 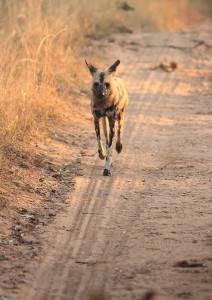 Duncan, to you and your amazing team, thanks again for cherished memories. You really have plucked a part of Heaven, and placed it firmly on Earth. And while I contemplated the old and new on the way up, so I did again on the way back, and can only conclude that Leopard Hills not only remains as spectacular as ever, it just gets better!!

To everyone atop “The Hill” I extend my kindest regards, thanks and best wishes.

One thought on “It’s Still Getting Better!”