An Awesome Week of Sightings

An Awesome Week of Sightings

Once again we have had an awesome week of sightings at Leopard Hills.

The week started off with a great sighting of a young male leopard known as the Ravenscourt male lying in a Jackalberry tree on the Southern bank of the Sand River. After viewing the male for about 5 minutes he jumped down and walked to the edge of the river, we all thought it would be the end of our sighting but to our surprise we heard another leopard growling in the thick reeds ahead of us.

The Shangwa female leopard kept growling at the young male and after showing signs of submissive behavior towards the feisty female laid down less than 5 meters from the female. We watched them for almost an hour before the male decided to move away from Shangwa. 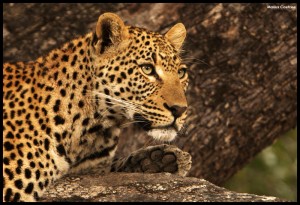 The following afternoon we watched a herd of more than 300 buffalo crossing an open clearing in front of us on their way to a waterhole. The backlit sun and dust created some magical colors for photography. 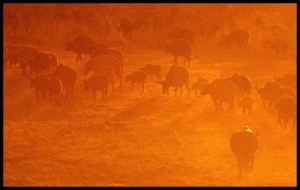 The funniest sighting of them all was that of a female rhino and her approximately 6 month old calf. The calf is the most relaxed individual that I have viewed. The inquisitive youngster walked right up to our vehicle to get a better view of us.

0 thoughts on “An Awesome Week of Sightings”