We were hit by the storm of all storms yesterday afternoon, unlike anything we have experienced before.

The heat was excessive yesterday afternoon, and by 16h00 dark clouds were looming on the horizon over the distant mountains. This in itself was not unusual and often marks the beginning of the summer rains.

The wind picked up from nowhere and by 17h00 everything went dark. The heavens open and thunder and lightning unleashed its ferocity on us with such vengeance it had us all running for cover. Hail stones the size of golf balls rained down on us and the noise was overpowering, windows shattered and trees came down.

For half an hour we were battered with such ferocity it seemed impossible there could be much left standing………..and then it was gone. Walking out the door into a scene that could have been from a movie about the aftermath of a hurricane, it was a different world to what had been a short time before.

Our Rangers had seen it coming from afar and taken refuge in neighboring Lodges and we played host to Rangers from other Lodges looking for a place to shelter, thankfully nobody was hurt, just the infrastructure had suffered a huge blow. Trees were down and stripped bare of their leaves, the gardens were flattened under a massive weight of ice, and rivers ran everywhere we walked. The swimming pools looked more like a place Buffalo would like to wallow, overflowing and filled with mud and ice.

We were very fortunate that there was minimal damage to the infrastructure and the clean up began immediately. The Leopard Hills Team pulled together as always and the Lodge was readied for the Guest return from the drive.

In the light of day this morning the true extent of the damage to the grounds was apparent, and as depressing as it is, we are working around the clock to return this beautiful place back to the way it was. The Lodge has survived a particularly savage onslaught and stood up well, it is business as usual and amazingly the game viewing this morning was as good as always, animals sheltered out the storm and are none the worse for wear.

The pictures below will tell the story better than I can, but we are all still here and life goes on. 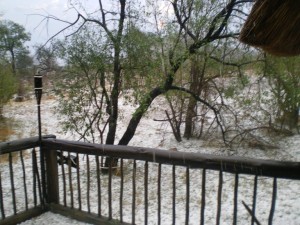 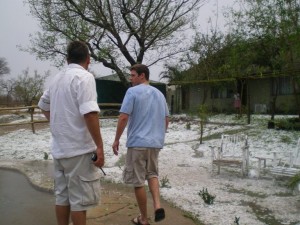 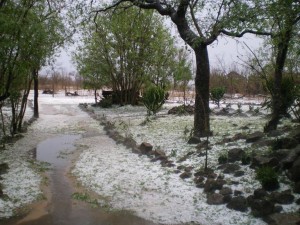 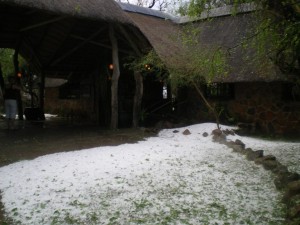 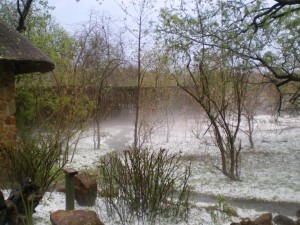 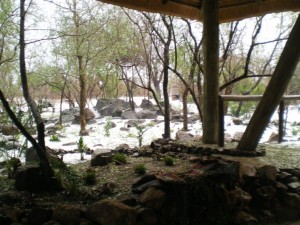 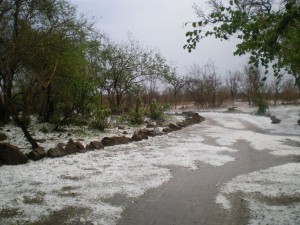 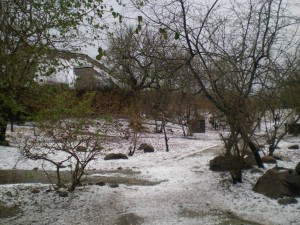 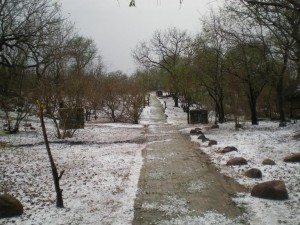 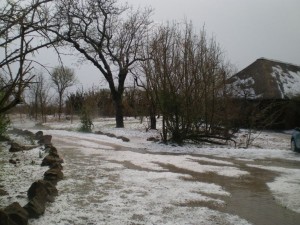 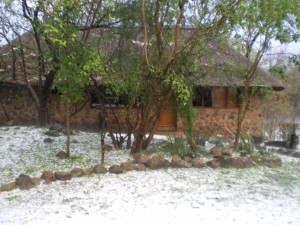 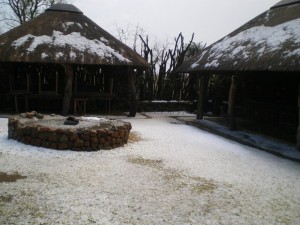 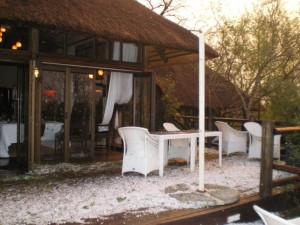 0 thoughts on “All Hail Leopard Hills”