Another 5 days of Safari that was just absolute incredible.

After last weeks successes on safari I really had no idea that my last 5 days would top it in so many ways. Leopard Hills was once again the setting for one of the most spectacular wildlife shows on earth.

The week started with my best rhino sighting in 10 years of guiding. We watched for more than an hour and half as 9 rhinos interacted with each other on our first afternoon safari. One of the young calves made it his duty to cause as much havoc as possible. The energetic youngster ran around non-stop and chased around the other 2 calves much to their mother’s dismay. 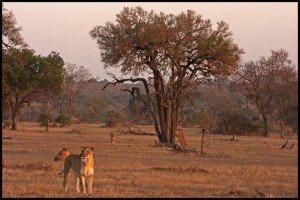 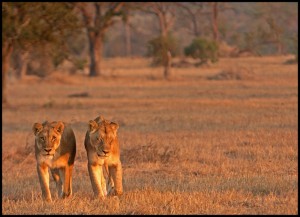 The next four days was action all the way. The Ximungwe Pride of lions caught a waterbuck cow in the Southern Part of our traversing area and was seen 3 days later hunting impala on the open clearing in front of our lodge. This time they did not have ay success but watching the 5 lionesses and one Mapogo male lion walking and playing on the clearings in perfect golden light was an unforgettable experience. 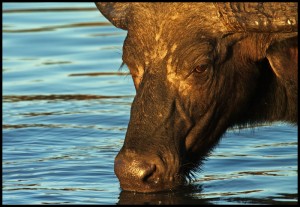 The large herd of buffalo is still in our area and we had no less than 3 great sightings of these massive bovids. The amount of elephants in the area was also astonishing and we watched several herds feeding in and around the Sand River. 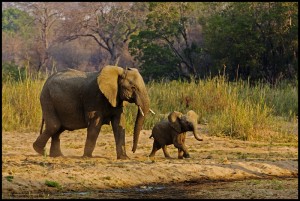 Yet again the leopards stole the show, with another great sighting of Mambiri female leopard’s young cub and several sightings of the Ravenscourt male. The highlight was without a doubt seeing the Tekwaan male leopard and the Metsi female leopard mate. We followed the leopards for more than an hour in which they copulated no less than 10 times meters away from my vehicle.

11 thoughts on “5 Days of Incredible Safari”