Xinzele Male, who is a younger male from the Eastern Side of Leopard Hills closer to the Sand River came into Camp today. This was and still is quite a worry, as he isn‘t the Father of Hlaba Nkunze’s Cubs and was following the mother’s ( Hlaba Nkunze ) scent towards the lodge, where he then picked up on the scent of her two cubs.

Dave saw the one cub running from the gym area towards the boma and disappeared in the bush behind it. Immediately after we had the Xinzele male Come up towards the lodge from the Main Pool towards the main dining area, where he had a look into the bar. The male then moved down towards the gym where he was clearly investigating the where about of the cubs.

Dave and I got into a vehicle, following the Male around room 6 and 7, where he was very focused on the scent of the cubs, going into bushes and looking up trees. Luckily he didn‘t find the cub that was hiding around that area, as we’re not sure how things would’ve gone if he’d met up with them.

The last time we saw this male leopard, he was heading down the path towards room 3 and then went around to the Southern Side of the Lodge. Hopefully he will be moving out of the area, back into his own territory, as it’s a worry having him so interested in the cubs at 11 and a half months, as a Male leopard would kill the cubs of female, who are the offspring of a different male.

Tegwaan, who is the father of the cubs, was sighted North of the Sand River, but due to the amount of water in the river, won‘t be able to cross for some time.

Will post an update on this situation as soon as possible.

Photos of the Xinzele Male in Leopard Hills 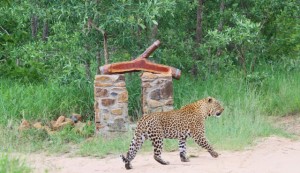 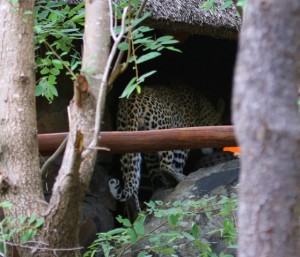 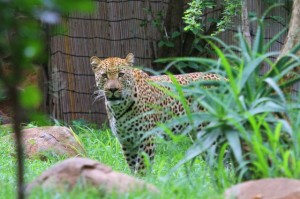 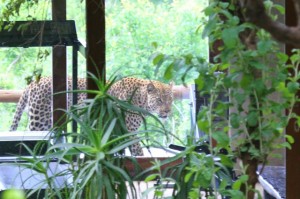 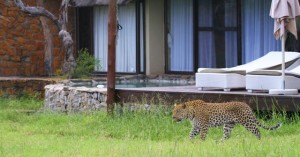 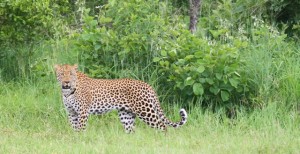 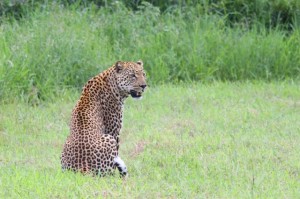 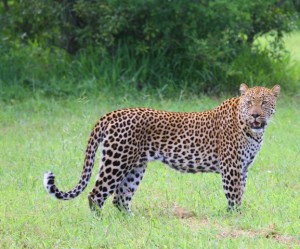