What are the Othawa’s trying to get hold of now? - Leopard Hills Private Game Reserve Menu

What are the Othawa’s trying to get hold of now?

There is never a dull moment when a troop of baboons are nearby. This is especially true when the troop is stranded in the tree tops and a pride of lions are waiting for them at the base.

This scenario started off like many others do, tuning in and listening to what the bush is telling you. Some alarm calls were heard somewhere along the river. Baboons were calling frantically and continuously, which was safe to assume that a predator must be lurking in their immediate vicinity. 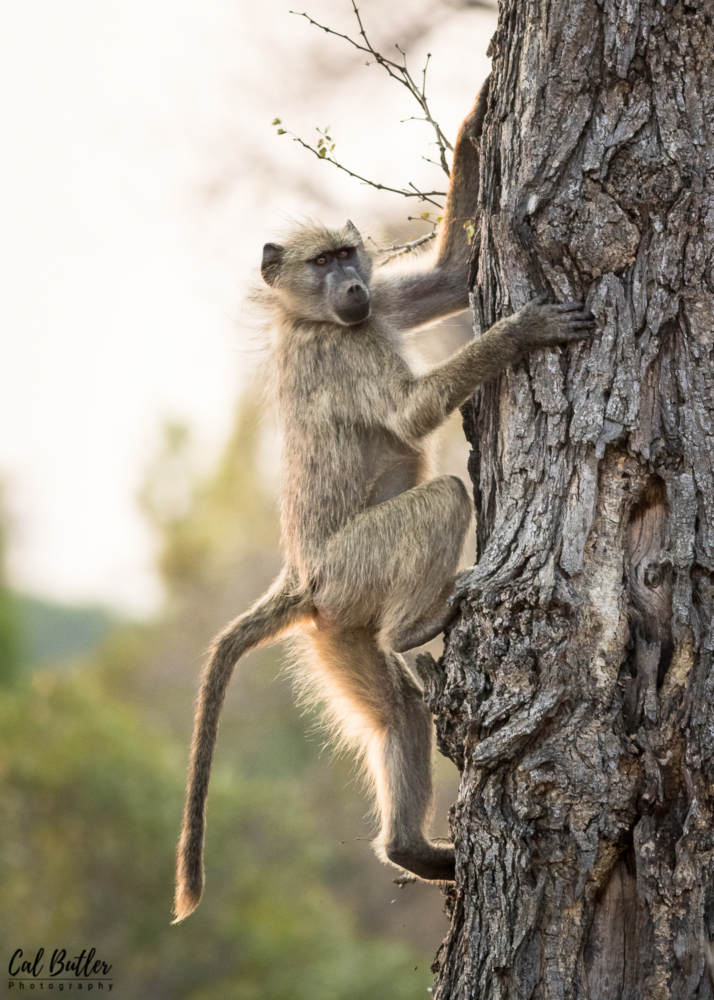 As I got nearer and nearer to the calls it soon became obvious what all the commotion was about. I saw one of the young Othawa lions at the base of a tree. It was desperately trying to figure out how to get to the baboons, who took refuge high up in a large, sturdy tree. 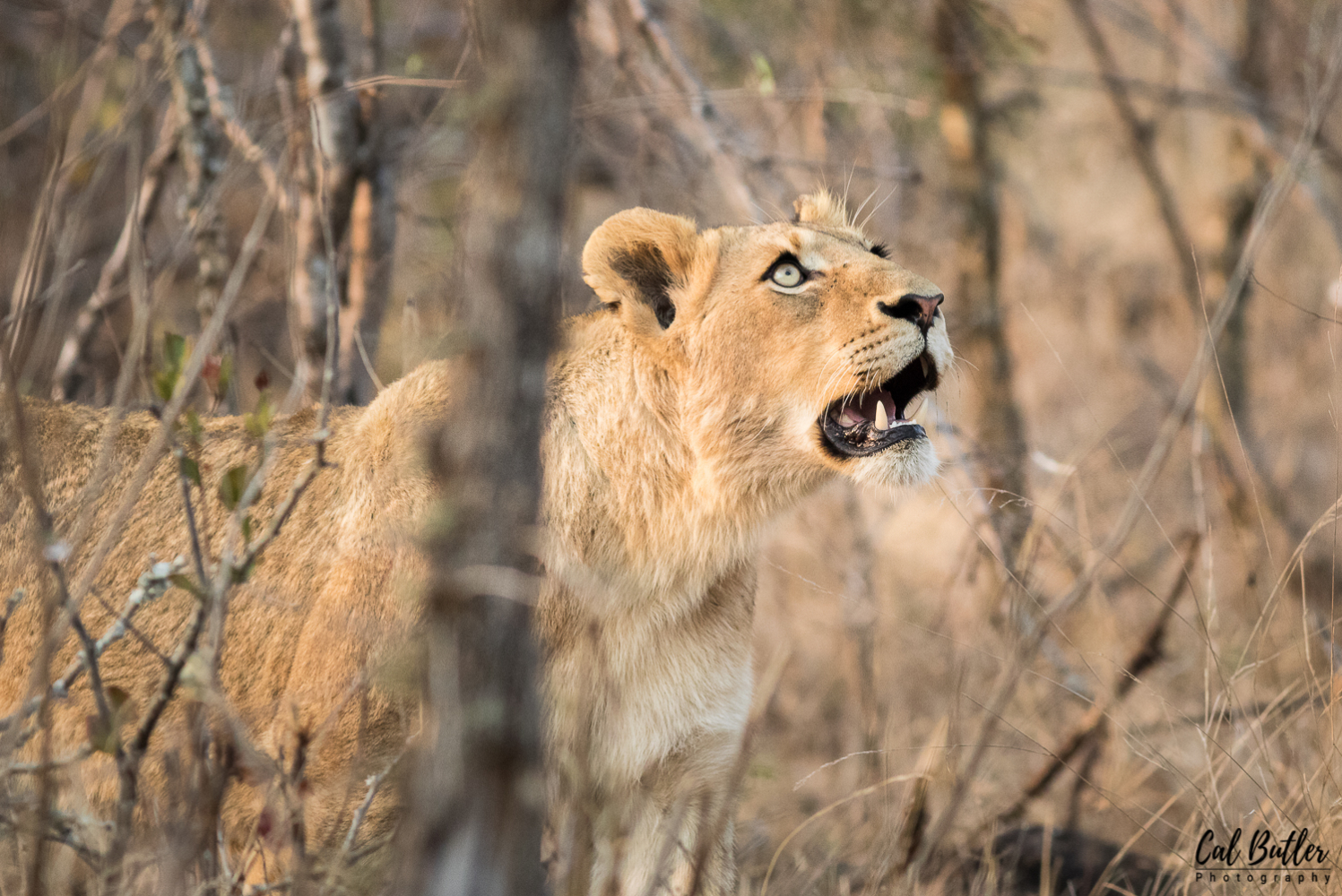 The young lion had exhausted all its options bar one. The only way to get to these baboons was to go up. And so it tried. If you have ever seen lions trying to climb a tree, especially inexperienced ones, it is quite a spectacle to behold. The feline did not even make it two body lengths up the straight tree trunk before it came tumbling down again. This set the baboons off even more. 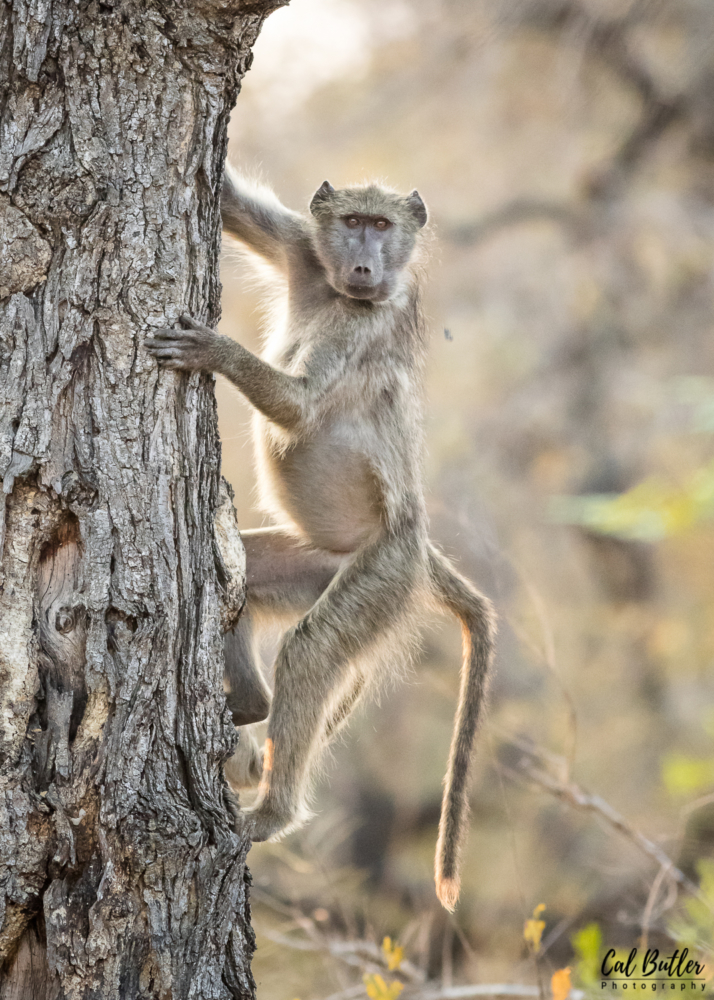 Realising that this feat was easier said than done, the youngster moved on and looked for some other baboons it could try to get hold of. The baboons eventually found a gap to escape and ran straight towards the river, away from the lions. The other young lions of the pride just stood around and stared at what had just happened. 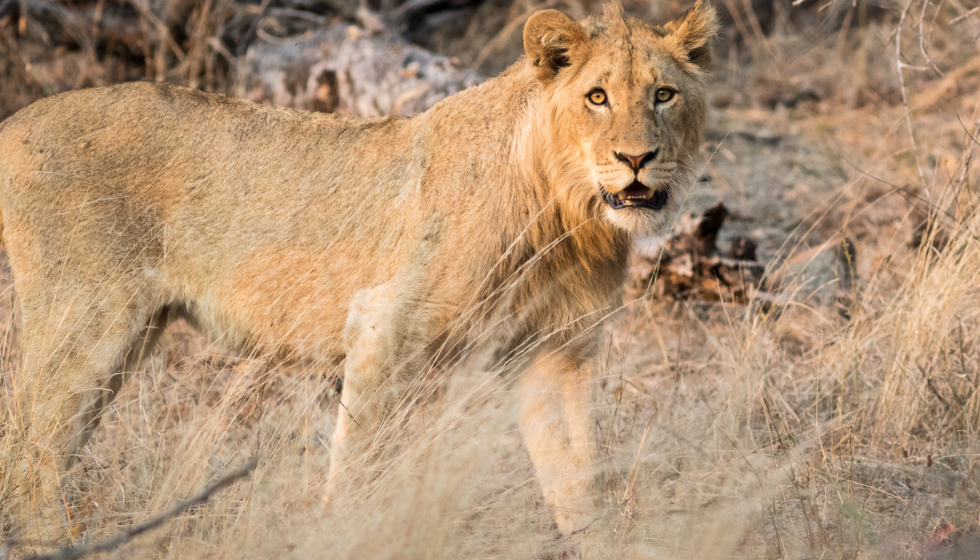