As guides we often get the question if we don’t get bored with going on game drive pretty much every day of our lives. The answer is no, we don’t. Even though we see the a lot of the same animals on a regular basis, we see them doing something different, get to witness different behaviour and interactions between different species. We also see them grow up and develop their own personalities.

But yesterday was one of those mornings I will not easily forget. It started out slow, we spent some time at a Hyena den and watched the adults interact with each other. We patiently waited at the entrance to the den, to be rewarded with a very young Hyena pup showing itself to us.

After this we headed for a relaxing coffee and muffin break with some Hippos.

We then set of again on the lookout for more animals before returning to the lodge. Suddenly one of the guests spots a puff of dust behind us. We started to reverse to investigate and we realized it was a Leopard(Torchwood) that had just caught a Warthog. We rushed over and positioned ourselves to watch nature at its rawest unfold in front of us. While Torchwood was still strangling this Warthog a Hyena came out of nowhere and approached him from behind. Torchwood didn’t flinch and just kept his grip on the Warthog’s throat.

The Hyena saw its opportunity and started to bite into the Warthog. This continued for a while, with the Warthog still trying to escape and the Hyena feeding on its hind quarters. Eventually Torchwood managed to suffocate the Warthog and then proceeded to slap the Hyena and try and chase it away. A tug of war ensued between the two.

Eventually the Hyena ripped a leg off of the Warthog and moved off to the side, while Torchwood, who was now exhausted, started to feed as well. He then started looking for a tree to hoist the kill and dragged the carcass all the way through a drainage line and up a Tamboti tree. 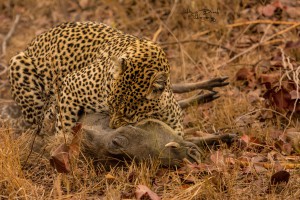 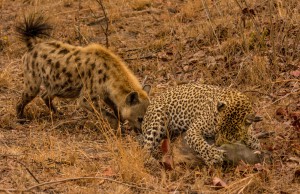 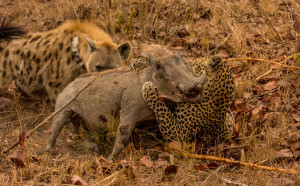 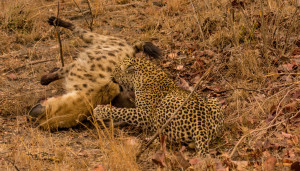 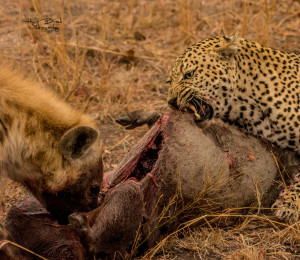 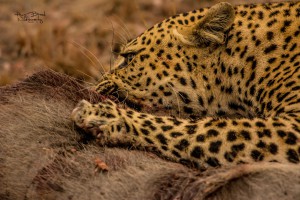 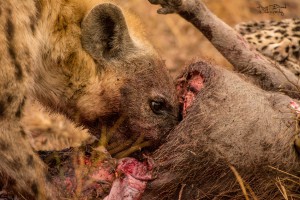 None of us could really believe that we were so fortunate to witness this.

So the answer remains no, we do not get bored. There will always be something exciting happening. Especially at Leopard Hills.