It is always exciting seeing familiar faces. This saying could not be truer for leopards that cross our borders for whatever reason.

The Torchwood male leopard left our area over a year ago. He was born around 2011 and left us as a healthy, young, up and coming leopard. His chances for survival were high as he very easily adapted to his environment. He would catch a variety of animals including porcupine, warthogs and even muddy catfish during the 2015/2016 drought.

We got word over a month ago that he was slowly making his way back to our side. When he returned, he greeted us with a wonderful sighting.

Hoisted in a tree, just off the road, lay a slayed warthog with a very healthy looking leopard tucking in. It was confirmed that Torchwood is back. He is now in his prime years and looks better than ever. 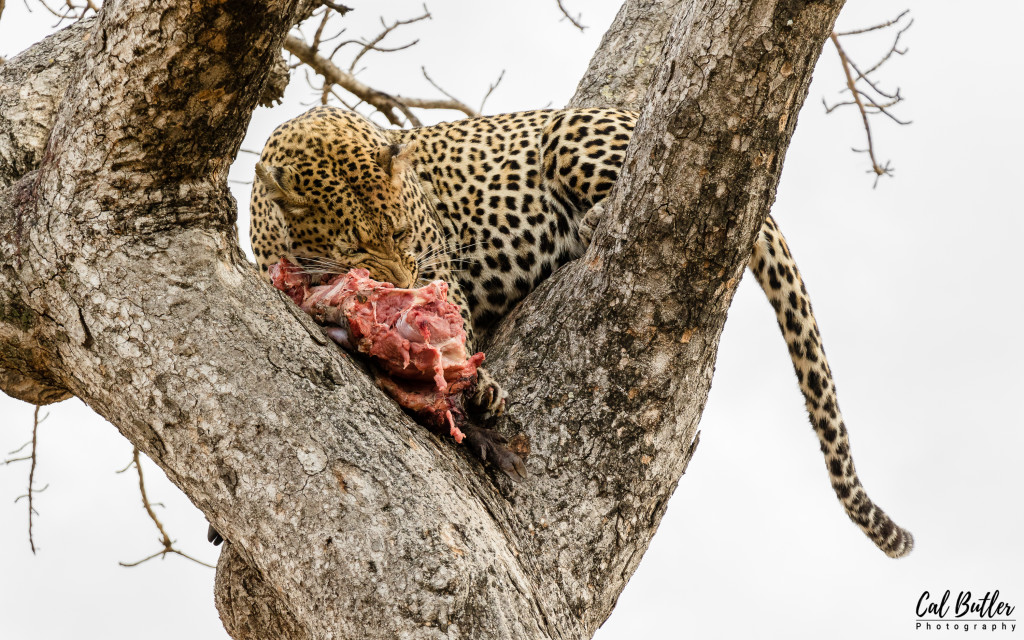 We do hope that he reclaims some of his old territory and hangs around for a few more years to come.