Over the last two days Torchwood has been busy feeding on a Warthog kill. We would check up on him regularly, in the hopes to find him where he has hoisted the kill into a tree.

Yesterday afternoon we did the same, but when we got there he was still busy feeding on the ground. After a while just watching him and enjoying the amazing sight of watching a wild animal feed close by, a Hyena appeared on the scene.

The Hyena quickly picked up the scent of the kill and made its way straight towards Torchwood. Torchwood was to slow to react and tried his best to fend off the Hyena. Unfortunately for him the Hyena overpowered him and he lost his hard earned meal. 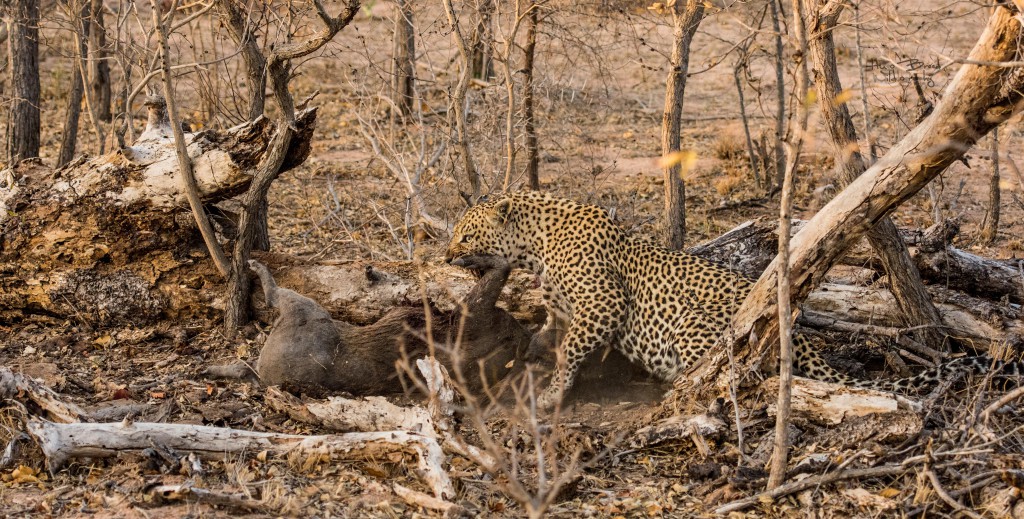 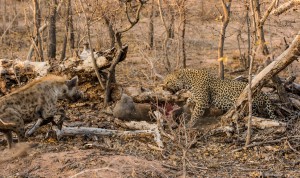 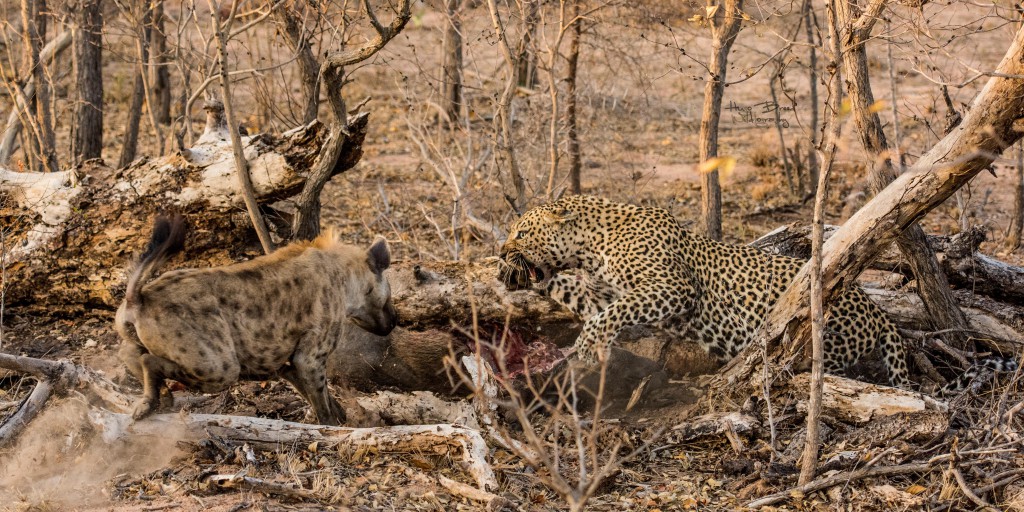 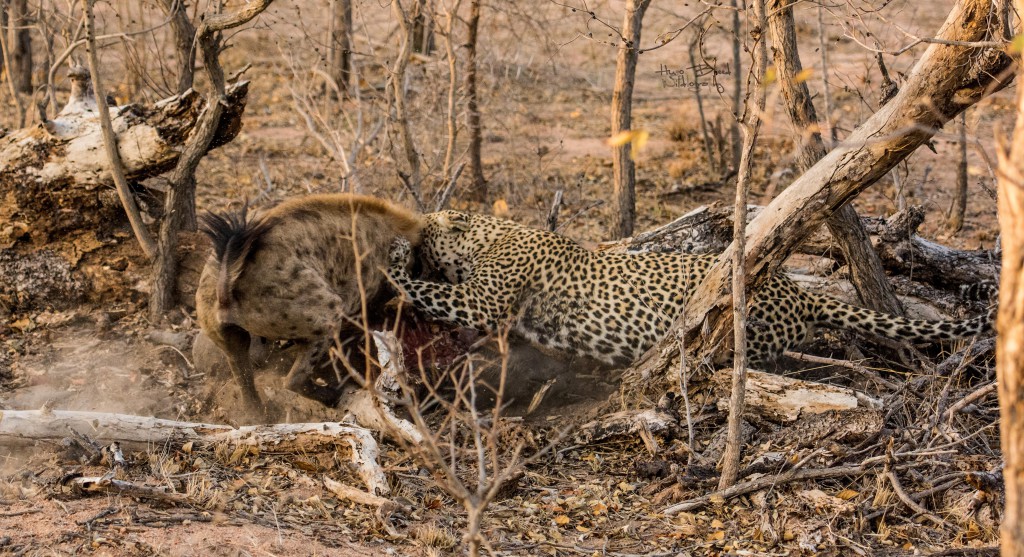 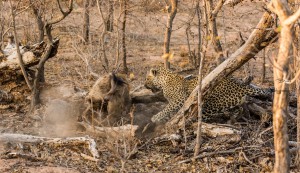 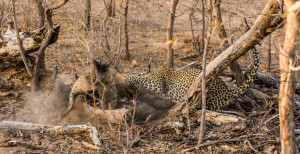 Torchwood remained in the area in the hopes of regaining some of the kill, but he was unable to as the Hyena kept everything for itself.