Seeing the resident animals grow up successfully is always a great pleasure. We got word that the young female leopard, Sasekile, was on an impala kill nearby. She is no longer dependent on her mother, Thlangisa, and manages to take care of herself very well. Sasekile has only recently been named and means “The Beautiful One”. 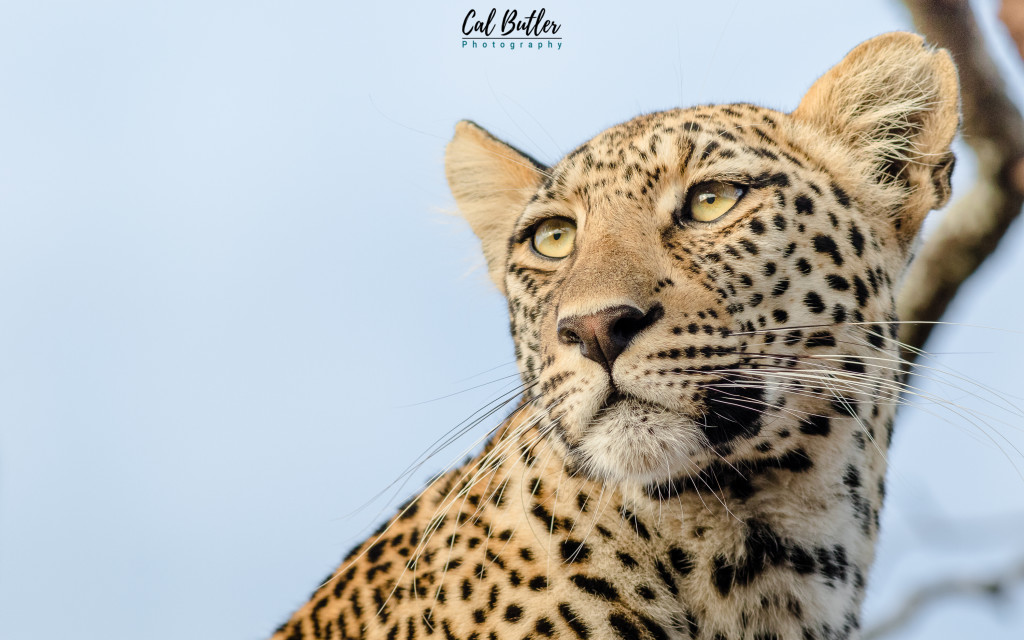 As we arrived at the sighting, we found Sasekile stranded in a tree. She was surrounded by 11 hyenas who had stolen her kill. 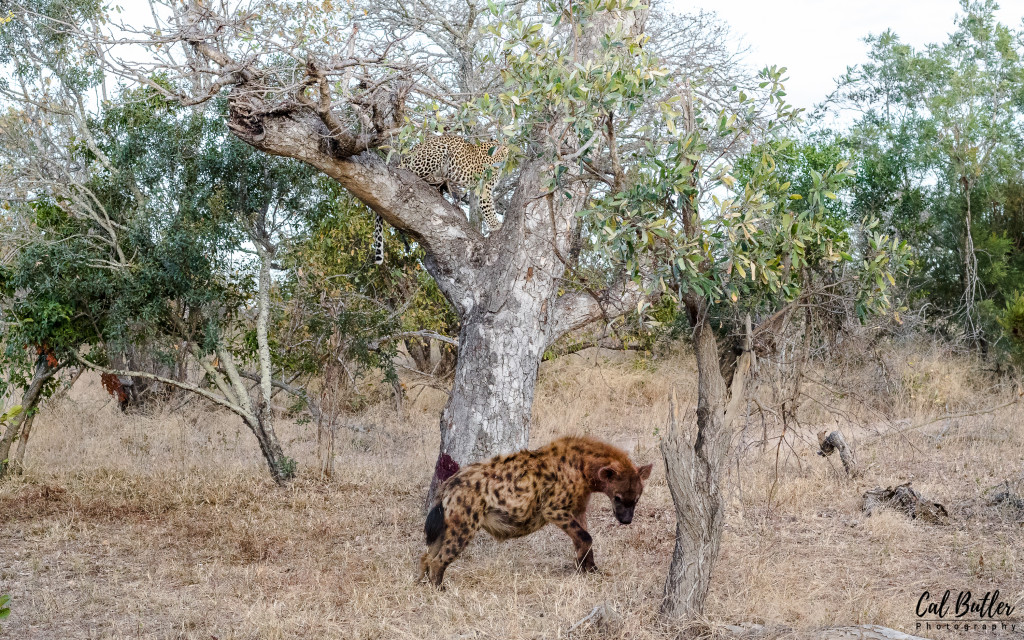 Once the frenzy had finished, the hyenas left the area and the young leopard wasted no time and made her way out of the tree. She continued moving through the thick grass. Further on she found a beautiful Marula tree and climbed it to scout for more unsuspecting impala. 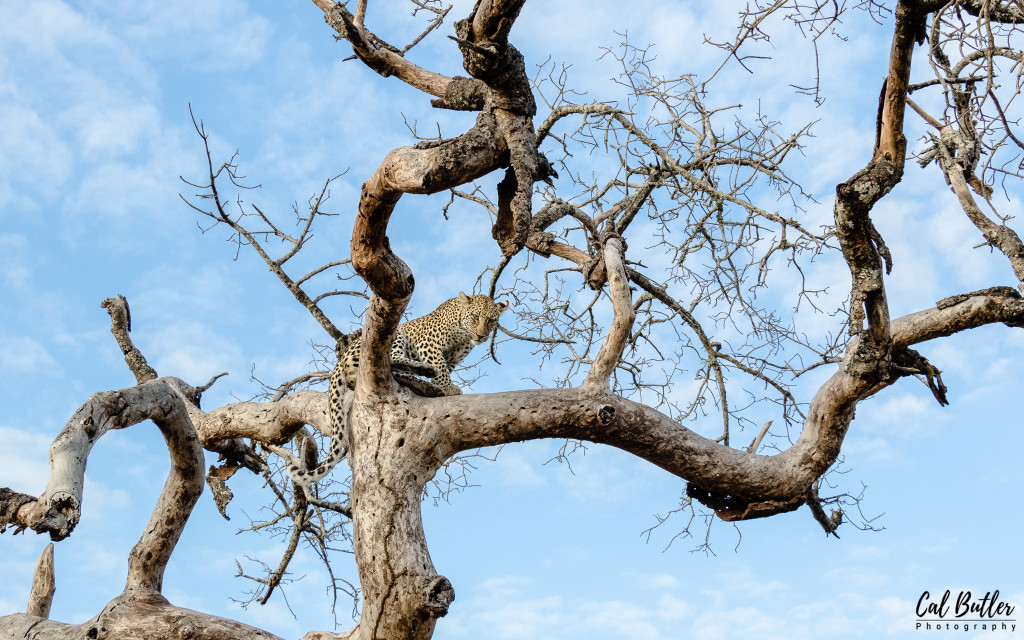 Sasekile pressed onwards and spotted some impala in the distance. The wind and sun’s position was in her favour. She sat patiently looking for the best way to stalk. The image below shows just how well she camouflages in the surrounding vegetation. 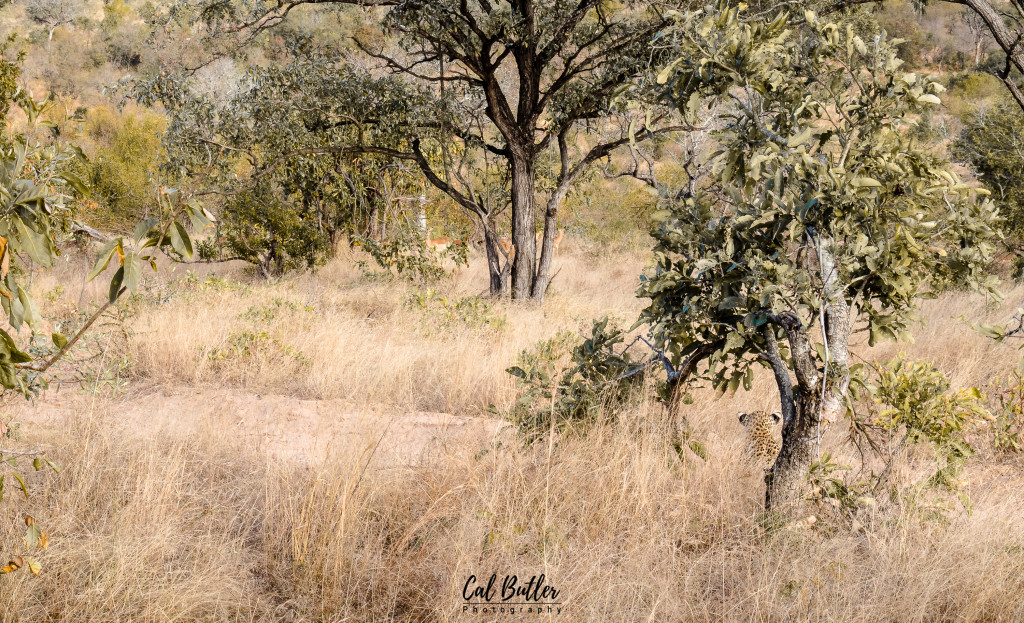 The impala had no idea that she was there. She crouched down low and stealthily made her way closer to the antelope. She made it to within a couple of meters of them until she was rudely interrupted by a tree squirrel that set off the alarm and spoiled the hunt. 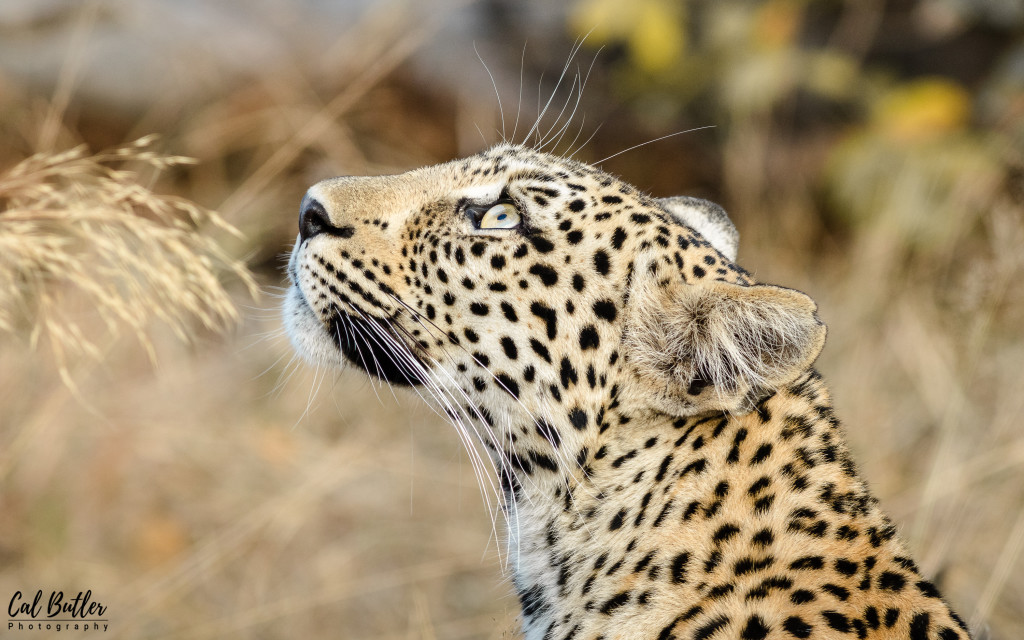