Over the last couple of months we have seen an upswing in wild dog activity around the lodge and its greater surrounds. Having these critically endangered animals running around our area of the reserve is a great privilege. 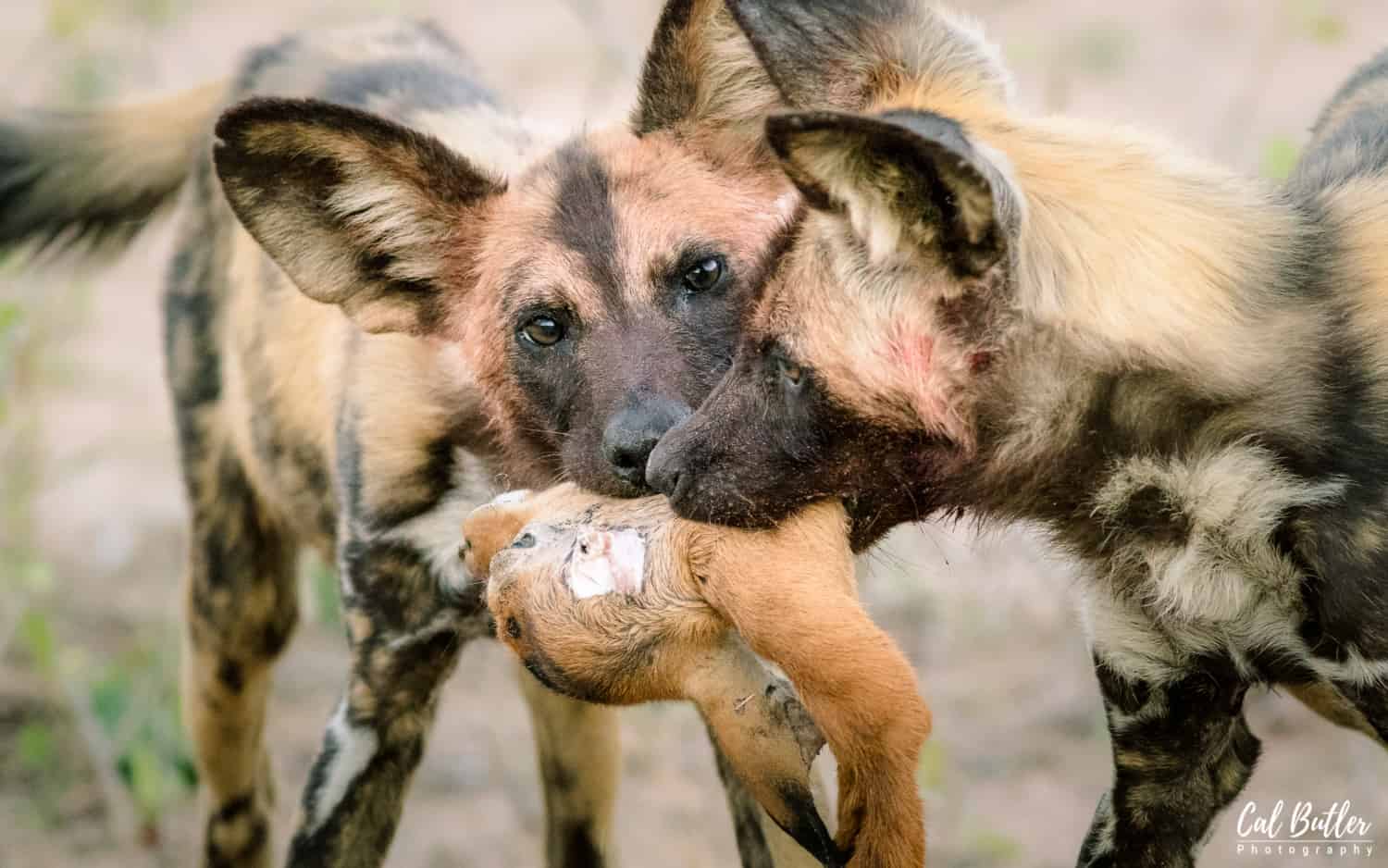 It soon became evident that the alpha female was pregnant. Although these animals cover vast distances over a short period of time, they kept returning to a specific area. Tucked deep inside a prominent drainage line, an old, abandoned termite mound soon become a home for the wild dog pack.

We waited patiently for confirmation that the alpha female has dropped her litter. One afternoon we swung by the den. After waiting for only a couple of minutes, the alpha female emerged from the entrance hole. She had clearly dropped the pups as we could see the milk pouch slouching beneath her. She briefly left the hole and called the alpha male over. It was as if she called him to introduce the puppies.

We gave the mother a few days to herself and to allow the pups to acclimatize to their new environment. The day came for us to go and visit the den site once again. We were greeted with a quick visual of the pups. 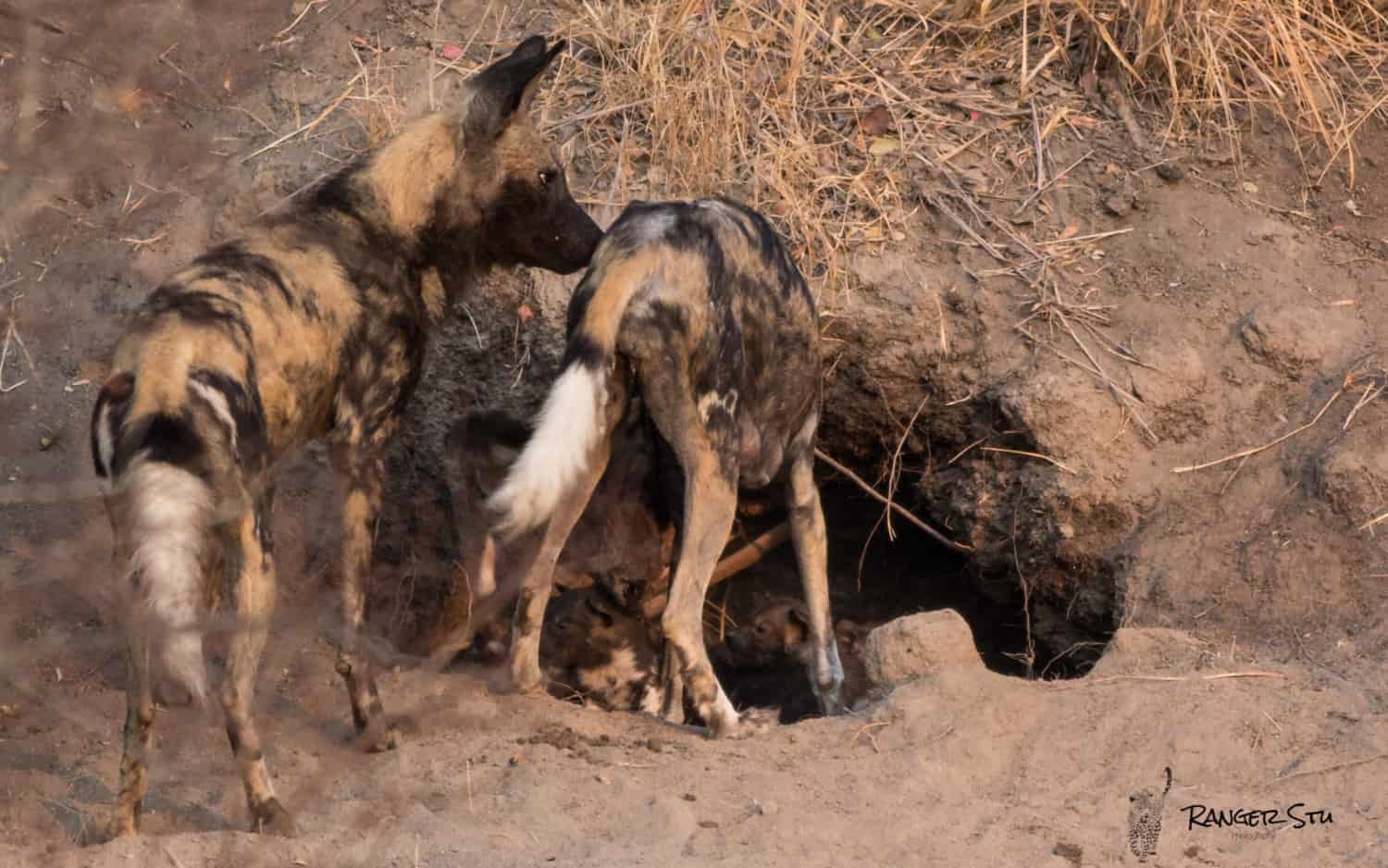 So far we have only had brief visuals of the little ones. The highest count so far has been eight little black faces peering out from the hole. It is only a matter of days before the pups muster enough courage to emerge from their hole and explore their new surroundings. 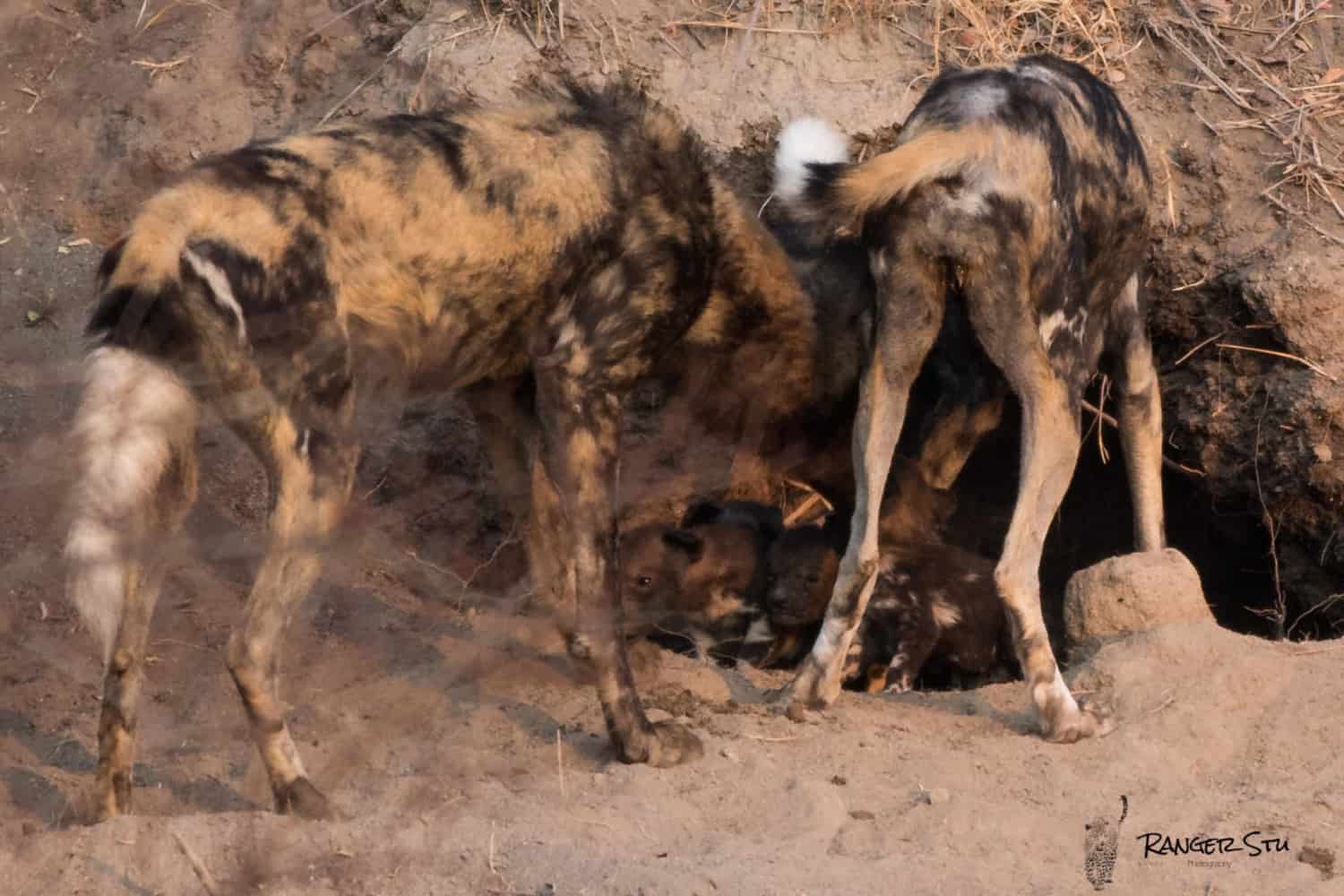