It is said that the eyes are the windows to the soul. It is said that eyes can tell a story. Some eyes you can gaze into for hours on end. However, some eyes are simply known as crazy eyes.

We are very fortunate to encounter leopards that are completely unfazed by the presence of our vehicles. Every so often, we do come across some leopards with a more skittish nature. We might get a quick glimpse of them and then they take cover.

Recently we were rewarded with a highly interactive sighting with a skittish male leopard called Homelite. When we found him he was in a tree feeding on his kill. Not only did we manage to see this elusive male, but he provided us with some great photos too. 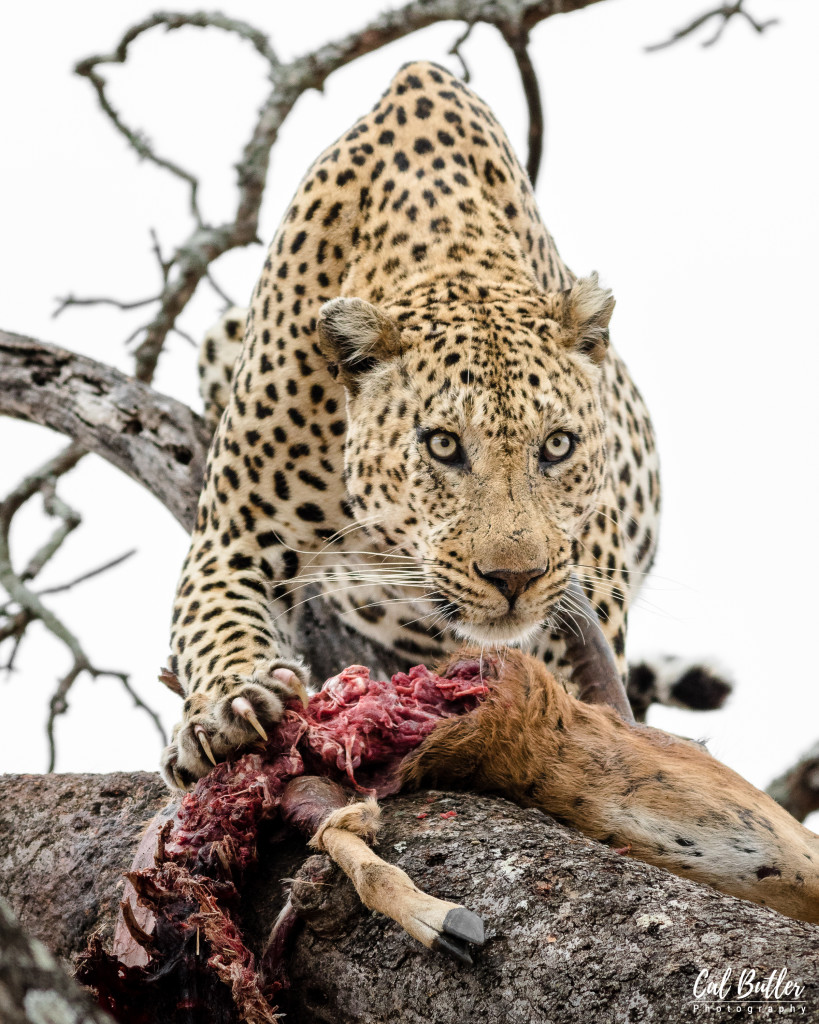 To add to his elusive and mysterious nature, Homelite has some dark and deep-set eyes. Locking eyes with this spectacular beast can be quite a harrowing experience. 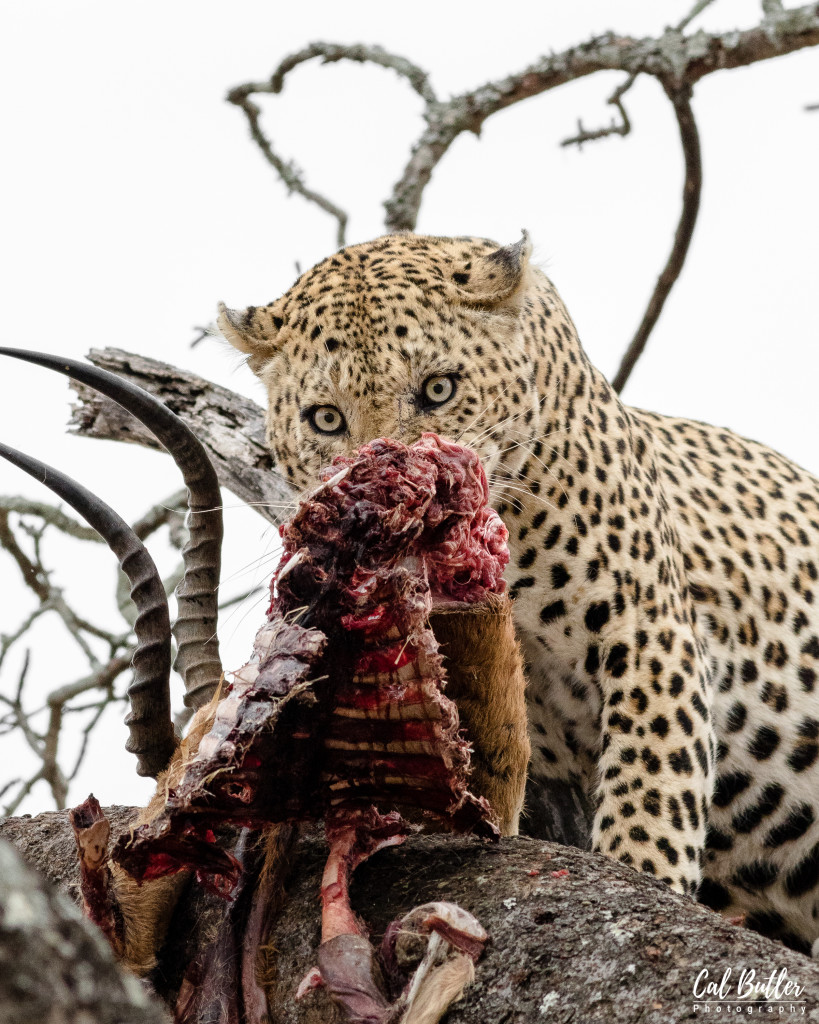 As it usually goes, some hyenas arrived on the scene. After completing most of the kill, Homelite started to shift around in the tree. He must have miscalculated his movements and knocked the kill out of the tree. The hyenas wasted no time and grabbed the carcass and took off.

One hyena stayed around and waited for Homelite to leave the tree. The leopard showed his displeasure and snarled at the hyenas and then at us. He quickly maneuvered down the tree and ran away as is common practice for this male.