Khokovela and Basile both reveal cubs

There is much excitement around the reserve as Khokovela and Basile have revealed their latest litter of cubs. These successful siblings have both used rocky outcrops along river lines as their new dens.

Khokovela has been moving along the Sand River for a fair amount of time now. It was simply a matter of time before her latest den was discovered. The rocky outcrop is a perfect place to hide her youngsters while they are she is out searching for food or patrolling her territory. The Boulders have deep cracks and fissures and provide ample hiding places from lurking predators. 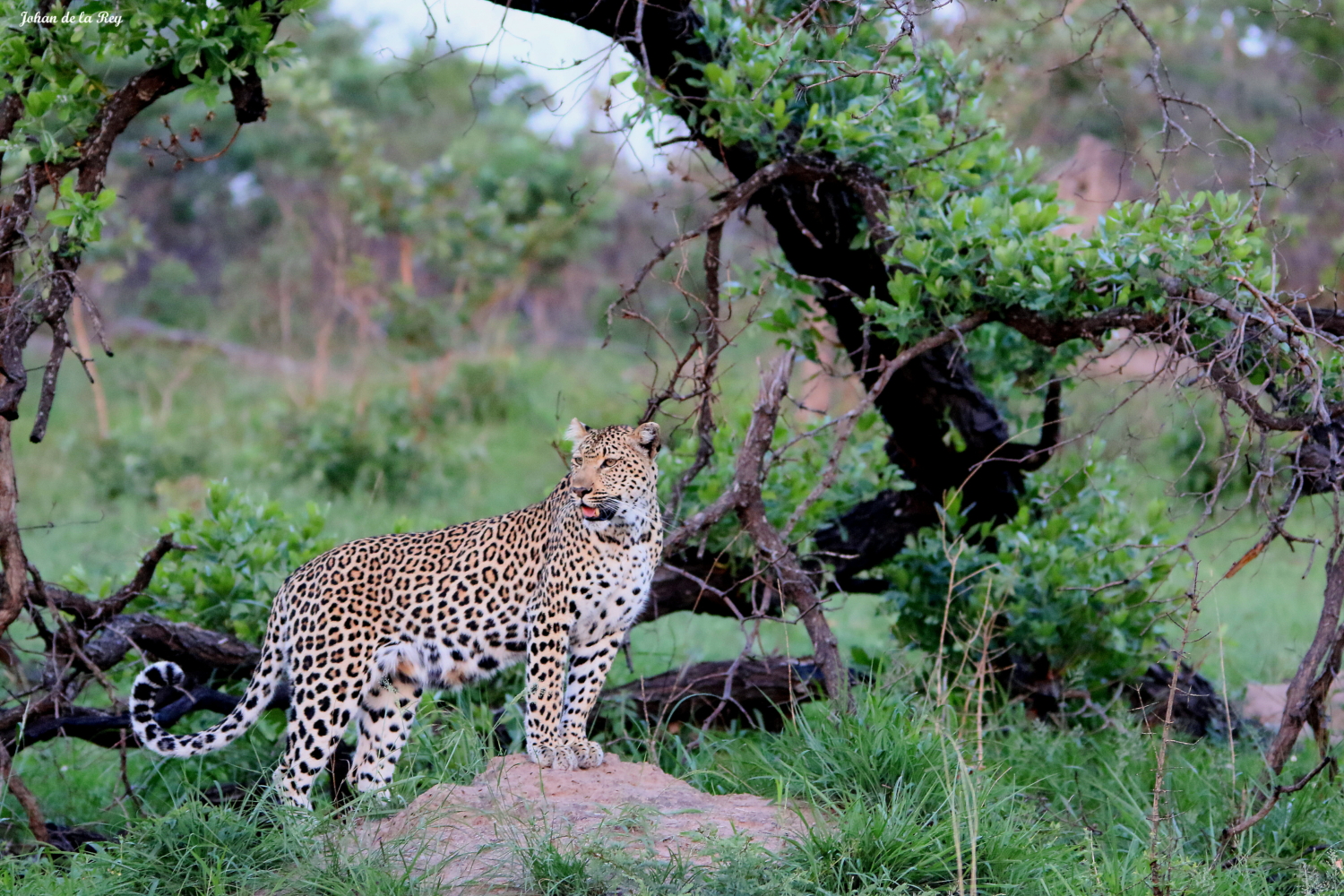 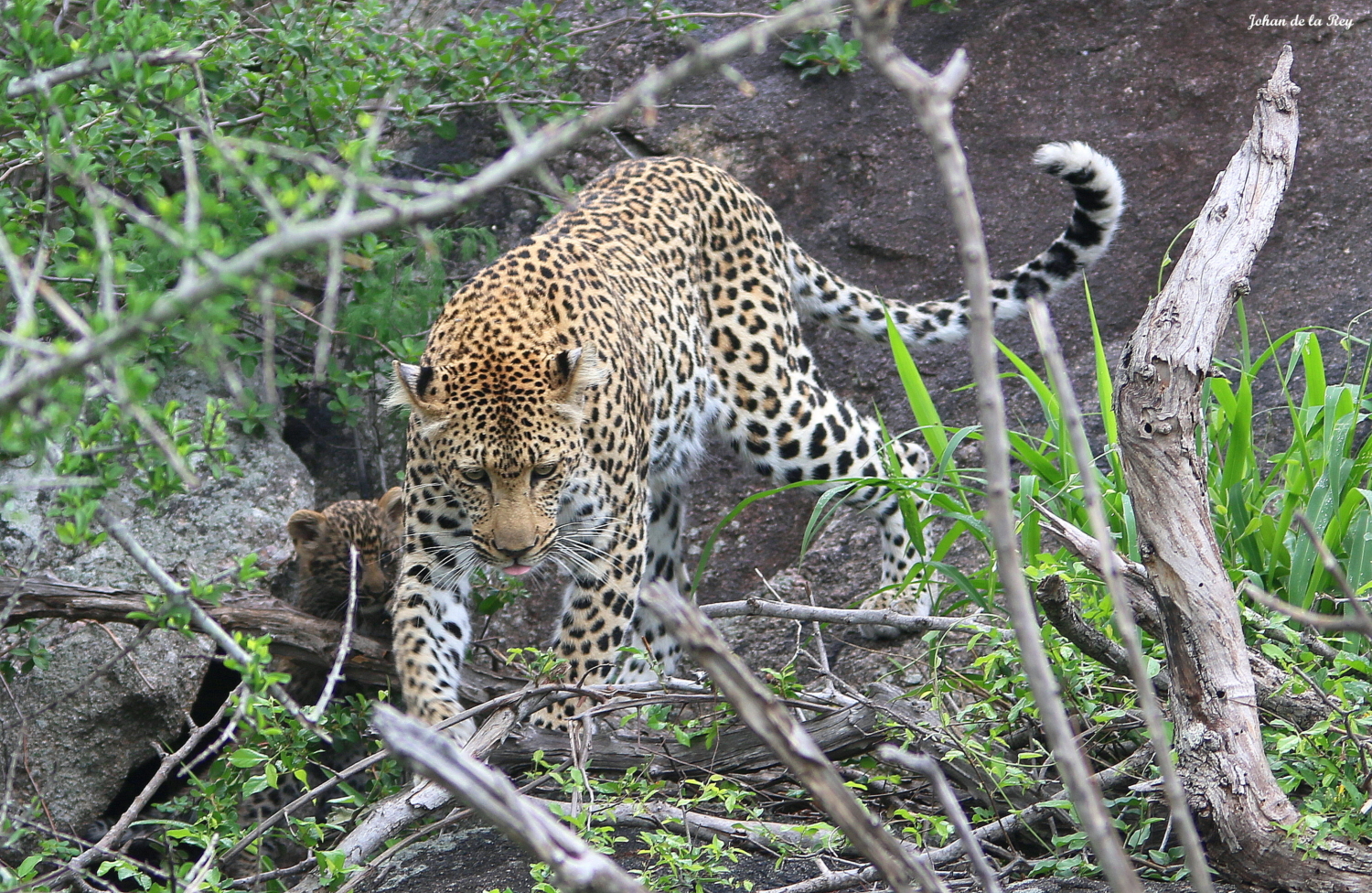 There is great speculation as to who the father may be. Her current den and her movements over the past few months have been have been through Ravenscourt, Euphorbia as well as Nyelethi’s territories. There is also the chance that she may have mated with one of the younger males.

There are two gorgeous little blue eyed cubs that we have seen hopping about the rocks as mom makes her approach back to the den. 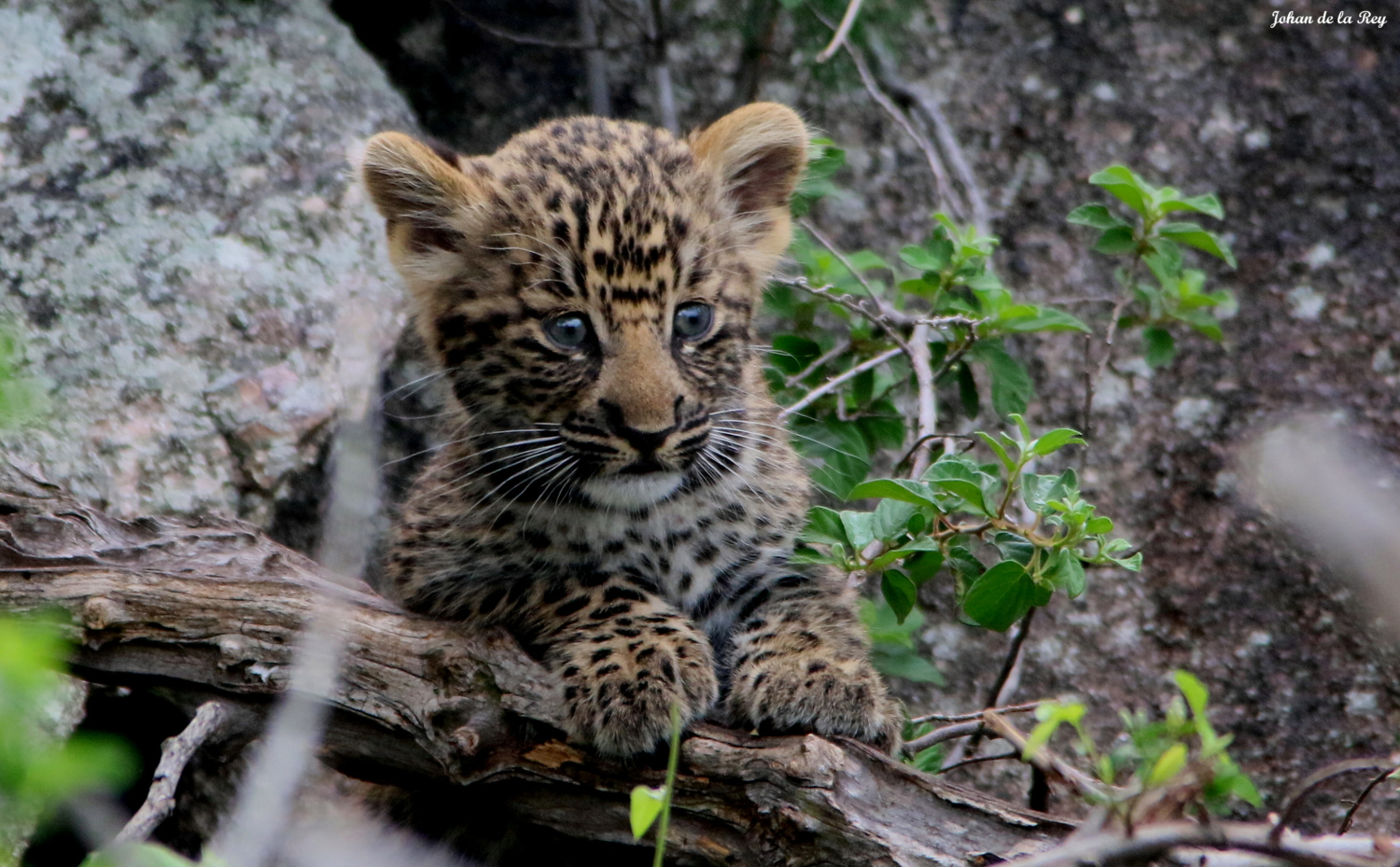 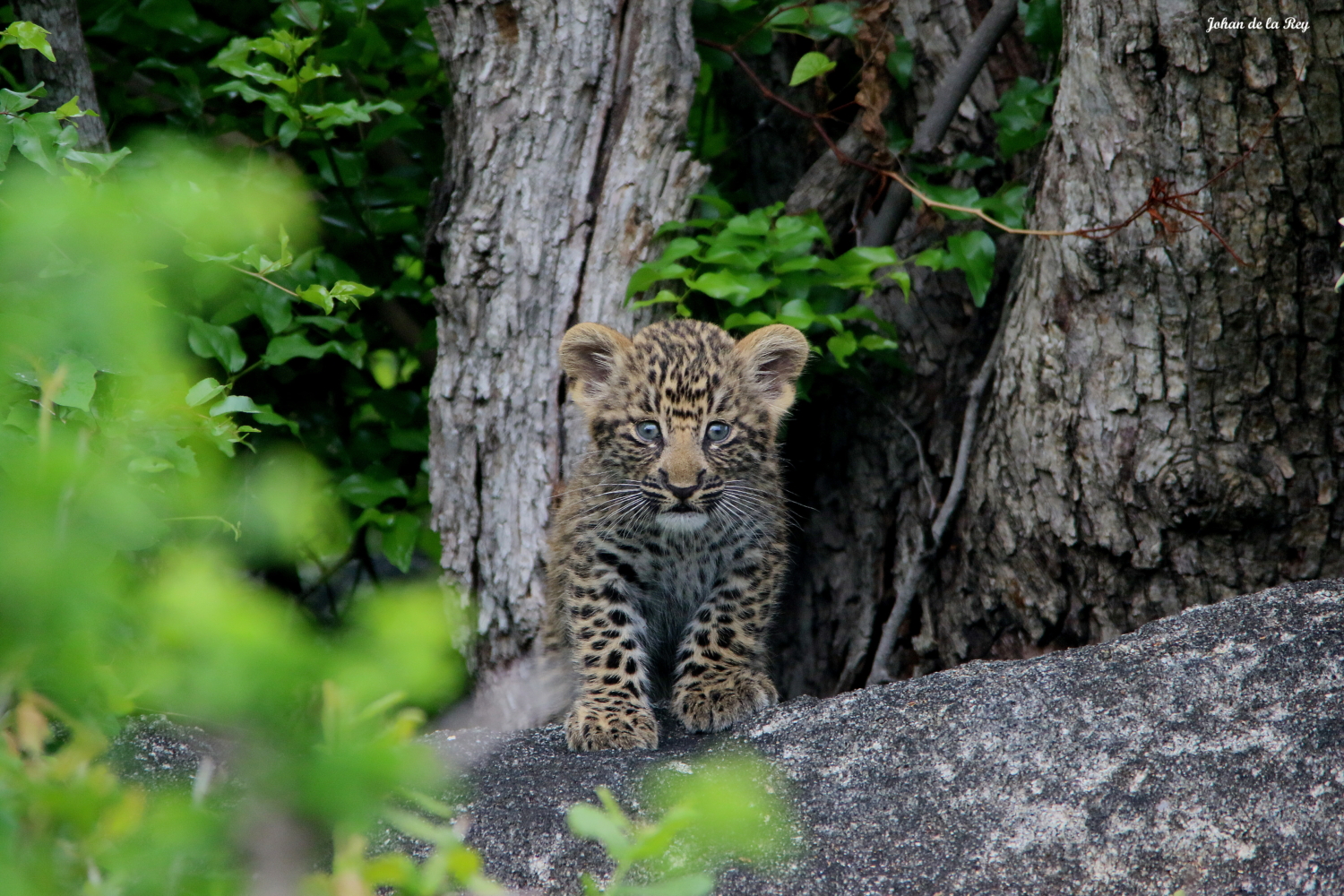 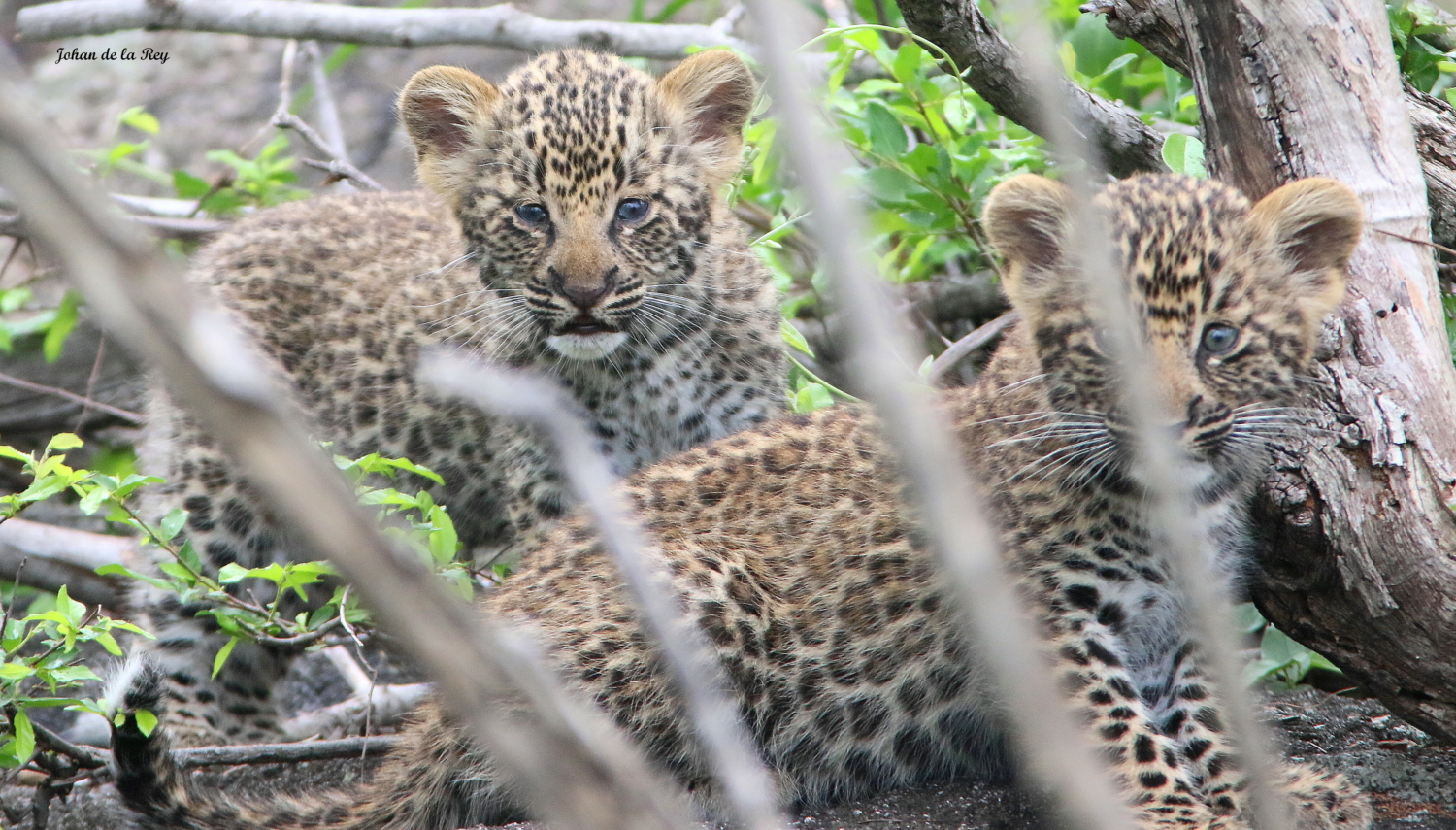 Basile has been a little more elusive over the past few months. We have had on and off sightings of her, but with very predictable movements over the last few weeks, it was almost certain she was moving around a new den. 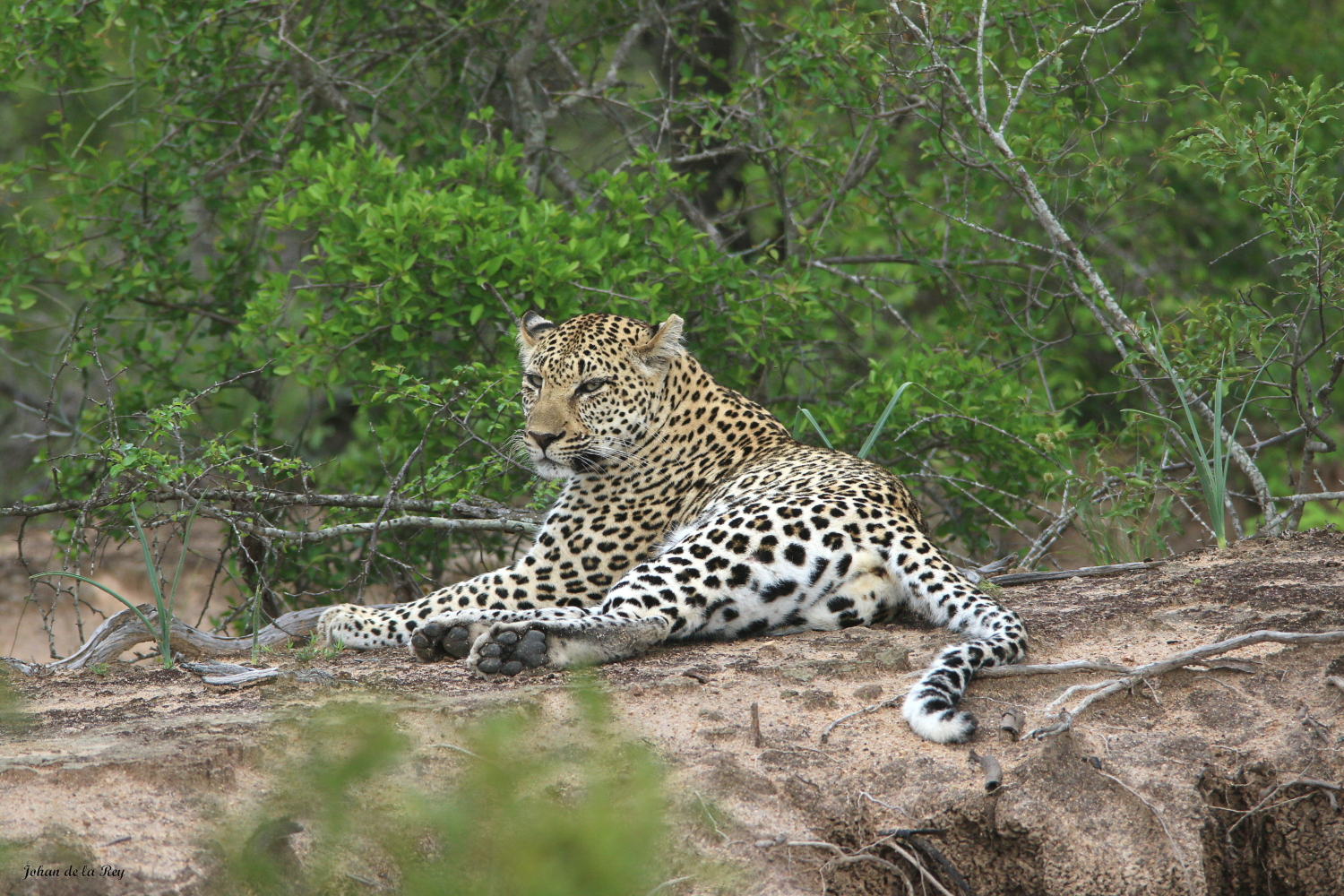 News broke out recently that she was showing signs of suckle marks while moving around the Day One river system. She was seen entering and exiting a set of rocks along the river bank which she has used as a den in prior years. 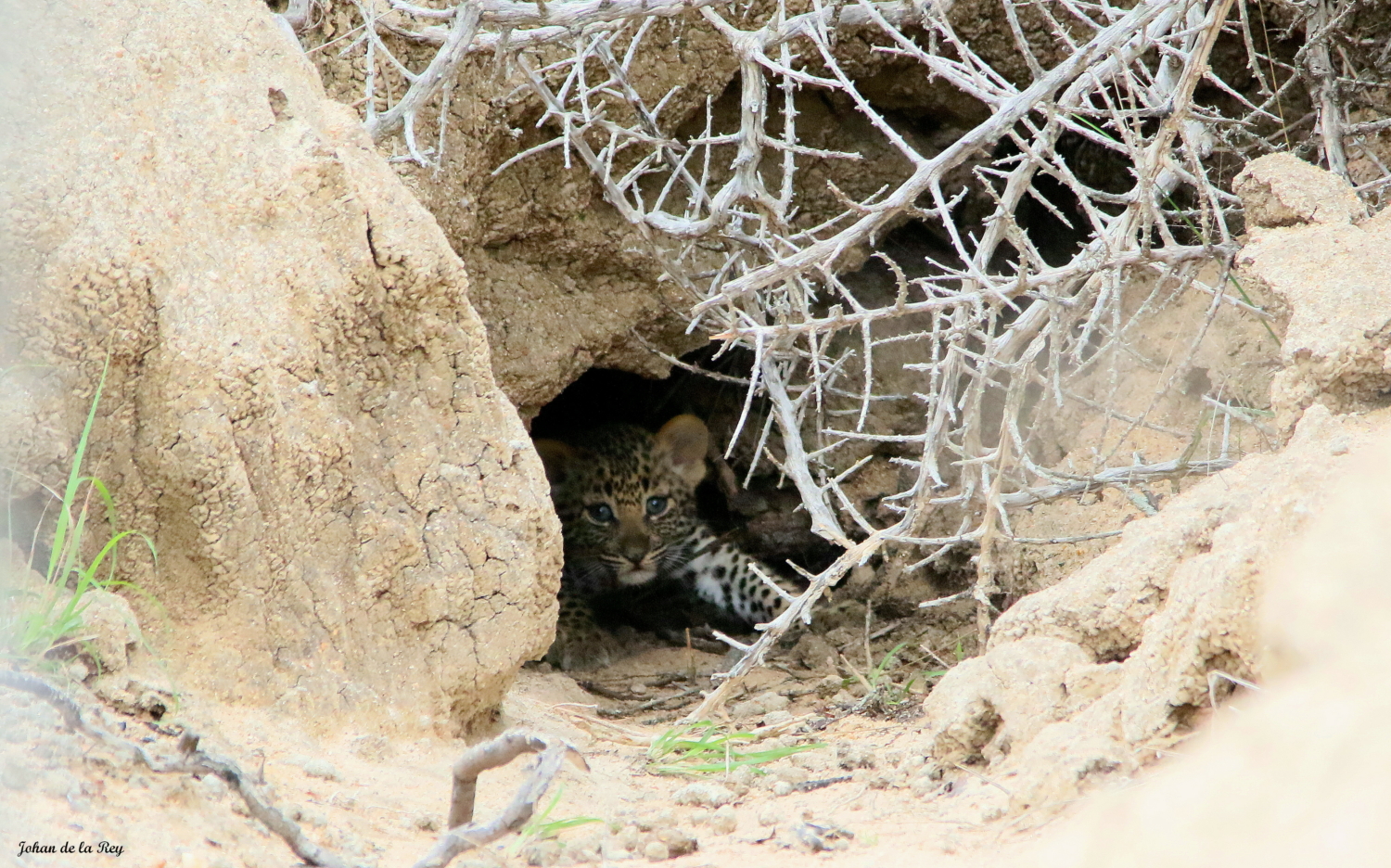 She has finally revealed two adorable cubs. We are also not entirely sure who the father may be. We are leaning towards Ravenscourt or possibly Hlambela (Ravenscourt’s son).

Timing could not have been any better. Khokovela and Basile are siblings from the same litter. They were born in April 2014 and have both become successful leopards.