With the onset of what seems to be summer but no rain yet and one day of 48 degree heat the animal sighting have been phenomenal…..

The sighting like the weather has been heating up. There have been fewer sightings of Hlaba nkunzi and her cubs in the lodge, she has been letting her cubs experience the real deal out in the bush.

Leopards:
Hlaba nkunzi:
Venturing further out from the lodge has brought with it many dangers, close calls and ultimately great learnings for the 2 cubs. She has lost 4 kills that we know of to lions this month and it has been a common occurence to see 2 cubs high up a tree with lions snarling at them from the base! Hlaba Nkunzi doesn’t tend to tree most of her kills, probably linked to the lower number of Spotted Hyaenas in the area, hopefully she will learn to tree all her kills after her losses recently. There also seems to be some friction between Metsi and Hlaba nkunzi as both have 2 growing young cubs to look after and look to increase their territories. Metsi has been seen with kills well into Hlaba nkunzi’s western territory while Hlaba nkunzi has been scouring the east further from where she usually moves. We witnessed Hlaba nkunzi scent marking vigourously one morning in an area on the west of her territory after Metsi had been there the day before. 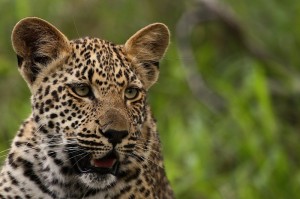 Mambirri:
Her sub adult cub is the same size as mambirri now and spending alot of time on her own, it is only a matter of time until she takes up a territory of her own. Mambirri is still sharing her kills with the youngster but there does seem to be less tolerance from the mother. The other morning we saw Mambirri on her own calling incessantly trying to locate the sub adult but is appears that the youngster was otherwise occupied. We saw tracks of her with a male leopard she was obviously introducing herself to.

Metsi:
The metsi female has finally brought her cubs out to play. It was in june with the Phillips group that I spotted one of her cubs wondering around in the open looking very disorientated and calling out. I wasnt sure that she wasn’t going to live but now at 6 months old they both are doing well. 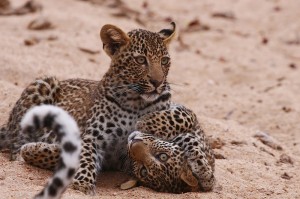 Khashane:
Not too long ago the kashane male was found in the south with 2 kills, 1 impala and 1 kudu, this is uncommon and needless to say he was there for at least 4 days and provided us with some great viewing.

Tegwaan:
He seems to be doing his rounds to all the female leopards in the area. He has reguarly been seen with the females and cubs on kills. One morning Dave and his guests saw a “Leap of Leopards” in the Day one river with tegwaan, Hlaba nkunzi and her 2 cubs, something rarely seen.

Lions:
Ximungwe Pride:
The mating intensity has subsided towards the end of the month and all these lionesses are most likely pregnant now. The great news is that 1 lioness has been denning and has 2 cubs of a few weeks old, we have had a few sightings of the tiny youngsters and are looking forward to a cub boom in the west. The lioness with the cubs had them hidden down in the river bed close to camp for a few days. One morning after game drive 2 of the lionesses drank from the camp pan then proceeded to stalk and kill a nyala bull just to the east of the pan while everyone watched from the deck.

Mapogo Coalition:
The coalition has been in our traversing area for the whole month, there has been a dominance struggle between them with all the Ximungwe lionesses being in oestrus and a lot of mating opportunities. One morning while the lions were tracking a buffalo herd of 500 past Leopard hills camp one of the lionesses started vocalising and 2 of the males erupted into a full on fight at our camp pan, the incredible intensity of which was felt by the staff looking on from the deck. 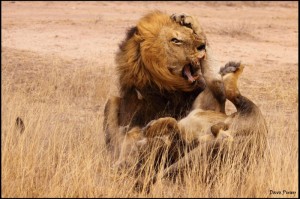 Buffalo:
The massive herd has been spending a lot more time in the south of our traversing area this month and we have had a number of sightings amongst them, estimates put numbers of this herd from 200-300 individuals. What an experience to be a part of such a large herd, the overwhelming sounds, smells, horn clashing dominance disputes and even the odd mating session.

Elephants:
The Sand River is a lush green finger in the dry bushveld and a magnet for herds of elephant, especially in the afternoons. We have lots of new born elephants and it is always a joy to watch the youngsters learning to operate their trunks! There was one really funny sighting while Dave and his guests were watching a parade of elephants one behind the other. A poor unsuspecting calf received a complimentary pile of dung on his head while obediently following right behind his mother. 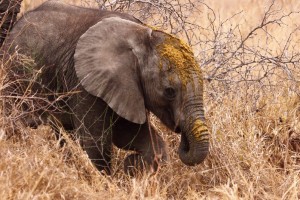 Interesting sightings:
One evening Gary and his guests were in the north following up on the Ottawa pride of lions. The pride was found and i was next in the sighting, 3 minutes after that a Honey badger was called in on the radio. He was in 2 mind of weather to go or not but after listening to the sighting on another channel it seemed that the Honey badger was very relaxed walking through an open grass land, and yes when we got there it was true. Gary and his guests had a great view of the badger just before dark. 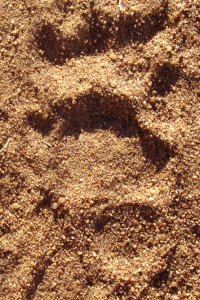 Some quick advice for those wondering what camera equipment to bring on safari to Leopard Hills.

There is always healthy rivalry between the top 2 brands – it’s Canon v Nikon out in the bush.

The rangers here all use Canon and we are very happy with the results. Nikon is just as good these days and I guess it’s a personal preference the way the bodies and lenses are setup and of course affordability.

Wildlife photography is about quickly composing and achieving the desired result.

KNOW your BODY, KNOW your lense!