The rains have well and truly arrived turning the bush into a rainbow of colours.

Leopards:
Hlaba Nkunzi:
As usual her and the cubs have been the highlight of the month. Hlaba nkunzi has been leaving her cubs out on their own for alot longer. On one morning drive Gary and his guests tracked and found the 3 of them. After about 30 mins of following them we spotted a lone bushbuck male on his own on the river bank. Hlaba nkunzi burst out the bush and tackled the bushbuck in front of my vehcile, she half killed the buck and left it to the cubs to finish off, another one of those sabi sands moments. 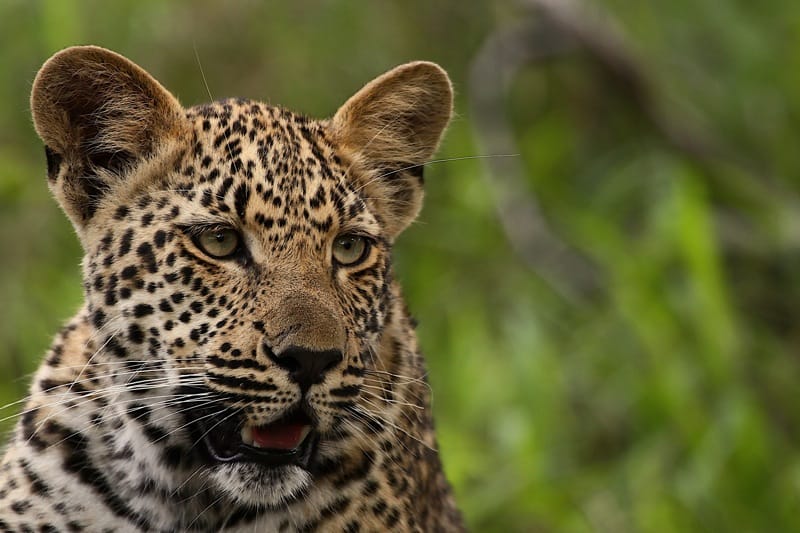 Mambirri:
Mambirri’s cub has become extremely relaxed and has provided us with incredible viewing this month, she has moved off from her mother and is taking up a territory of her own. Dave and Raymond had a great sighting of her with possibly her first reedbuck kill expertly hoisted up a Marula tree with 2 Spotted Hyeana’s lurking below. She is hoisting her kills which is a skill not many of the older females in the west seem to practice much, well done to the youngster, we hope to have a name for her soon and look forward to many more great sightings.

Mambiri’s Cub:
During a reasonably relaxed afternoon drive, the guests went to see Mambiri’s Cub in the south. She was up and down trees as she normally is, which gave some unbelievable viewing and photographic opportunities! Mambiri’s Cub has now settled herself around her mother’s territory, but doesn‘t look like she’s made any of it her own yet.

While she was on one of the fallen over trees, posing for the cameras, she dropped her head down which meant she wasn‘t too happy about something. Out of the grass came a lioness, with two little cubs who promptly stayed behind as mother went to investigate for danger. The leopard then swiftly made her way up a nearby tree out of harm’s way. The Lioness came closer to make sure there was no threat, where after she returned to the cubs. They were so relaxed, suckling from their mother while everybody was in awe about this amazing sighting.

Xinzele male:
This young male is still making an appreance in the west but he has come into contact with another male leopard, we are thinking that the territory that they are on hasnt been claimed and there is a pwer struggle going on between them for the rights.

Ximungwe Pride:
The lioness with the 2 young cubs has been spending a lot of time around Leopard Hills and we have had some quality sightings of the young cubs. The other 4 lionesses have been spending a lot of time together again after the mating has subsided. We have been treated to a few sightings of them hunting together. One memorable night on the clearings north of the lodge they tried their luck with a herd of 20 buffalo bulls, before realising they were outmuscled!

Mapogo Coalition:
The coalition has again been in our traversing area for most of the month, there seems to be some stability among the 4 remaining Mapogos and they are spending most of their time together again. They have been roaring a lot together letting the 4 young Majingilane males in the east know that they are still the bosses of the west. Gary had a memorable sighting of them surrounding his vehicle and roaring from all sides, true surround sound!

Ottawa Pride:
The ottawa pride has been following the big herd of buffalo and on one afternoon safari Heinrich and his guests saw them just after they had kiled a sub adult buffalo. They finished the buffalo off in the duration of the night and in the morning they were gone and the buffalo was just a distant memory. 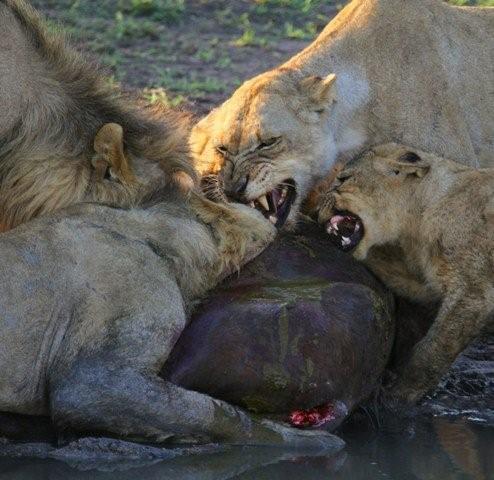 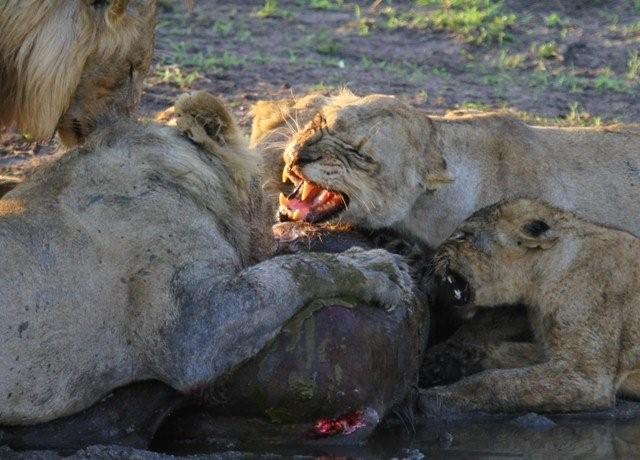 Buffalo:
There is nothing like parking your landy in the front of a herd of +-300-400 buffalo and watching them as they move around you. A few of the older and younger ones have been picked off by the lions but never the less it is a special sighting.

Elephant:
There were some pretty awesome elephants sightings this month, with elephants close and far. Some elephants were rubbing against trees very close to the vehicles, had some males pushing each other around and then some beautiful herds all bunched up having a group time-out with the youngsters in the middle of the herd, lying down.

The sighting that was probably the most spectacular, was a male elephant which went for a swim in one of the watering holes, he submerged himself fully with all four legs in the air. He then moved to a deeper part of the water, closer to a hippo who was watching carefully. This elephant then tried to intimidate the hippo by slapping his trunk on the water and shaking his head. The hippo came up every couple of minutes to look at this elephant and then went back under to avoid any confrontation.

This was one of the highlights, but the elephants have again given us hours of pleasant viewing!

The history of the Mapogo coolition.
The original coalition consisted of 6 Male Lions, which joined up and claimed the whole western Sector of the Sabi Sand Game Reserve. Not to go into too much detail, there are 4 Males left in the coalition, as 2 of them are no longer alive. The Males are between the ages of roughly 8years and the oldest member of the coalition being around 12 years of age.

The Lions are named after a security company in South Africa, for being quite a formidable force to be reckoned with. These Lions have become quite famous in the Western Sector of the Sabi Sand Game Reserve, they originate from the Eyrefield Pride aka Sparta Pride.

Currently the Mapogos are not too far from the Lodge as they killed a hippo during the night, they have given some amazing viewing for the guests of Leopard Hills and everyone visiting the Sabi Sand.

The time of the Mapogos is definitely not over and sure there is still lots to come from this coalition of 4 males as they receive more pressure from the east from other male Lions. 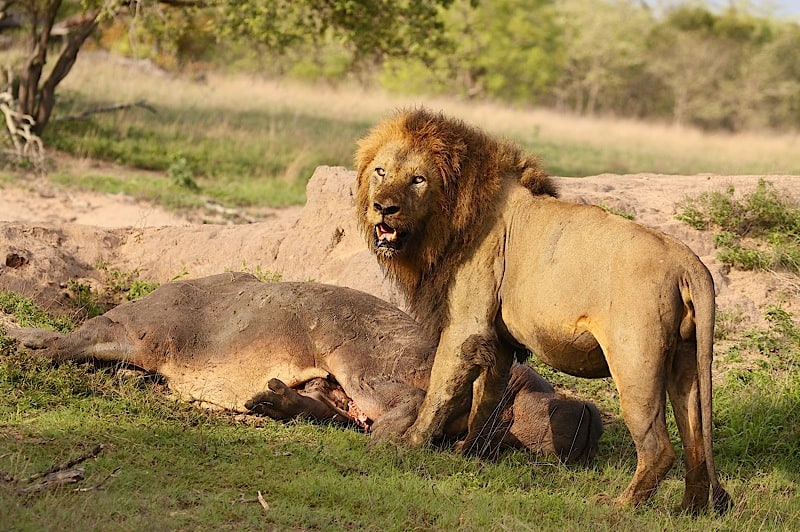