Dramatic leopard interplay has dominated proceedings this month following the recent sensational lion dynamics. Grasses are beginning to recede and winter is settling in as the sunsets are becoming more and more intense and dramatic! 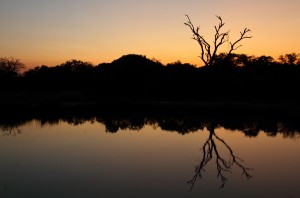 Smaller herds of buffalo have been drawn up to the Sand river and one such sunset was shared with an old bull “Daggaboy” trying his luck while pursuing a young female across the sandy shallows and into the emerging darkness. 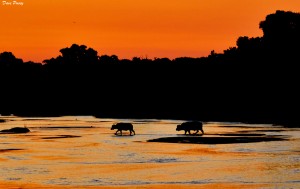 A very busy month for the regal leopardess, she has been wandering far and wide while successfully winning over the 2 dominant males that bisect her territory in half. She is looking rather skinny and has a flesh wound on her back leg, possibly from the Kashane male, who seems to have had enough of her over eager flirting!

She is most likely pregnant now and can take a hard earned break from the males while looking for safe den sites…we are all hoping she chooses the safety of the cave below the lodge as she has done previously!

Here she is below mating with Dayone. See some great video of the pair! 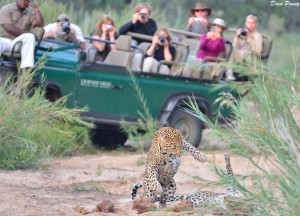 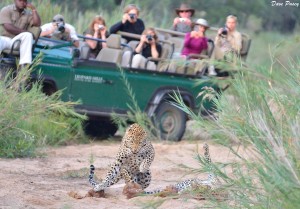 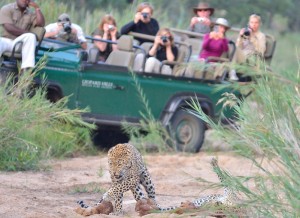 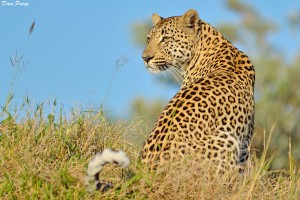 Our aspiring young leopardess was viewed frequently during the beginning of the month, displaying her usual playful nature while assuming her favoured positions atop termite mounds and marula trees. Towards month end we have hardly seen her though as Metsi has been very active calling and marking, probably pushing her north into thicker territory near the Sand river! 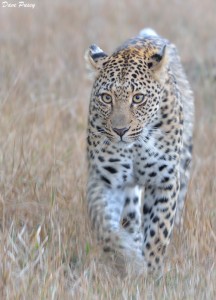 More frequent sightings of her towards the end of May around the granite hills to our west and suckle marks on her belly confirm what we had presumed…that she has a litter hidden up there somewhere. She has been very active marking and calling, securing her territory for the testing months ahead as she supports the demanding cubs!

With the river settling down and becoming more accessible we are now viewing her more regularly. Sightings of her are always scenically breathtaking as they are invariably along the Sand river which has opened up after the flooding, living up to it’s very apt name. 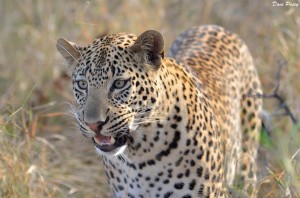 Not many sightings of Shangwa however the relaxed and inquisitive young male above who is rather large for his tender age of only 2 years has become independent and moved west exploring the Sand river. 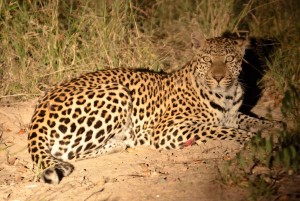 Usually shy and somewhat elusive, this female has been seen on her own a few times this month! Has she perhaps become habituated due to the extremely relaxed nature of the Dayone male while they were mating?? 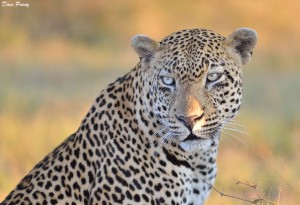 He has again been seen far more frequently this month and he played a starring role in some really interesting interplay with Hlaba Nkunzi. 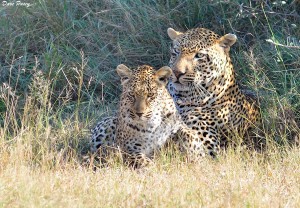 After mating successfully at the beginning of the month they met up again at month end when he was a little taken aback by the wily lady of Leopard Hills, who took him on at his own game!

After leading him on for a while and presenting herself very alluringly he eventually gave in and assumed the position…only for her to teasingly dart away at the last minute, have a good laugh at the surprised look on his face in the video footage! 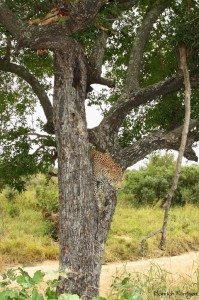 Dayone
To say that this male has grown in stature very quickly is the understatement of the year! His territory has grown just as rapidly and substantially as his formidable size.

See his intimidating stare below as he patrols one morning. 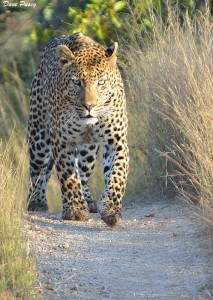 Here he is keeping a weary eye on Hlaba Nkunzi’s wandering paw while mating. 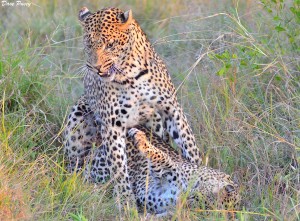 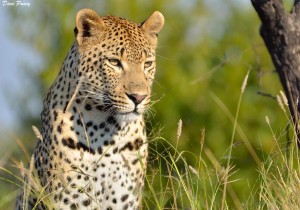 What a wonderful surprise to see this young male, son of Maxabeni female from Londolozi venturing here into the Western Sabi Sand.

He was born in October 2008, at 3 and a half years of age he is dispersing, growing stronger and will be looking for a territory in a year or so. 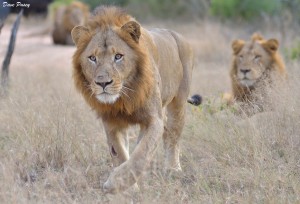 This is the month they veraciously announced their arrival in style one golden sunrise at Leopard Hills Camp (See video).

They have spent most of the month along the Sand river, taking turns mating with the Othawa females as well as hunting buffalo. They certainly have lived up to their reputation and managed to take down 2 tough old bulls during the month. 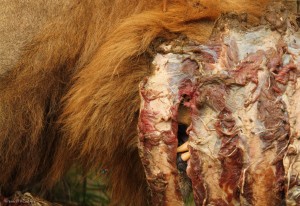 Look closely at the images to see some new battle scars that they are sporting! Most likely from competition while they feed or a flaying Othawa lioness claw! 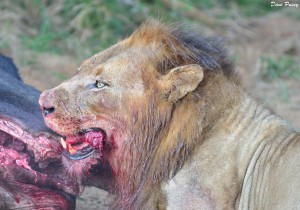 Ximhungwe pride
It is admirable how these lionesses have managed to keep their distance from the Selati boys! What this has meant though is that we haven‘t seen them for much of the month as they keep a low profile. The only sighting that lasted more than a day was when we found them in the far north west with a giraffe kill, after that was finished they vanished again.

Othawa Pride
These 3 lionesses really have warmed to the Selati’s and there has been a feast of mating activity. Chances of some successful progeny under the Selati coalition are looking very reassuring for a pride who really struggled under the dominance of the Mapogo! See video of some mating footage.

Painted Dog Pack
The pack of 9 have not been seen here the whole month, it appears they may be denning somewhere in the east. Hopefully they venture here soon while out on the hunt.

Many close knit family groups (parades) are also being drawn up to the Sand river as winter settles in. See video below of a sundowner spent with a parade on the river as well as some footage of some young bulls sparring!
[FMP width=”640″ height=”360″]https://www.leopardhills.com/wp-content/uploads/2012/12/20120521-Elephants.flv[/FMP]

There seems to have been an elephant calf baby boom over here, clumsy and boisterous, these young pachyderms are prime entertainment for our guests!

Hippo
Hippo’s are spending more time away from the safety of the water as temperatures drop. We also have a tiny new addition to one of the waterholes, in the below image try and spot the little head peering above the water while staying close to mom’s protection. 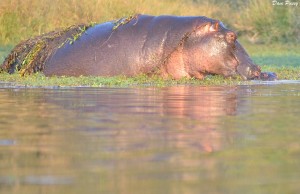 Interesting sightings in May
Receding winter vegetation and cooler temperatures improves our chances of encountering some rarely seen nocturnal wildlife! See video below of a relaxed African Civet that we came across one evening.
[FMP width=”640″ height=”360″]https://www.leopardhills.com/wp-content/uploads/2012/12/20120522-Nocturnal.flv[/FMP]

Eager anticipation of the first warming rays of morning light finds many animals and especially birds clambering up to exposed perches. See if you can identify the below species warming themselves. 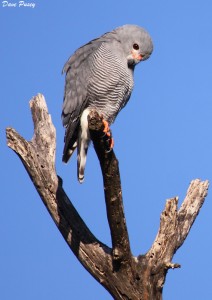 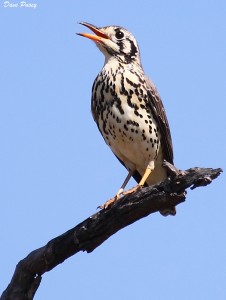 Usually found on the ground, this male was singing proudly for his territory. 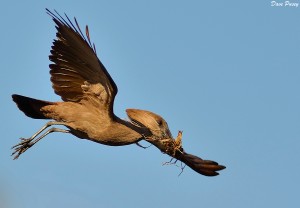 A lot of rebuilding work has been done after the flooding along the Sand river…it is no different for a pair of Hamerkops that are reconstructing their massive nest, it could take them a few months!