The wettest month for at least 12 years has not dampened the wildlife dynamics in the slightest! Mother Nature has her unique way of cleaning things up and the waters have no doubt washed away all the stagnant material bringing new life and growth! Many previously inaccessible areas will now be opened up once the waters fully subside, especially along the river!

Leopards
Hlaba Nkunzi
6 weeks have passed since she gave birth in the rocks just below Leopard Hills and we are very happy to share that her cub is well and she was seen this morning moving the cub further east! It seems that she has moved her den site 4 times and has moved steadily east since relocating the cub from it’s place of birth.

Here she is carrying the 3 week old youngster from Leopard Hills to a new den in the beginning of January. 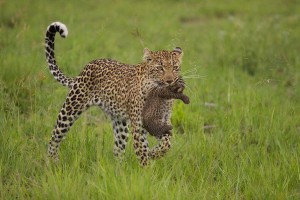 She is spending more time east and we hypothesise that this has much to do with the security provided by the massive dominant Kashane male! The accomplished regal lady possibly feels that the younger Xhinzele & Dayone males further west don‘t offer as much protection for her cub as the older and more imposing male does!

Here she is during one of her visits to Leopard Hills towards month end drinking from the suite 5 pool. 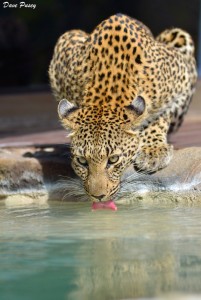 Let’s kick off 2012 with an updated approximate territorial map of the female leopards as some change has occurred recently. 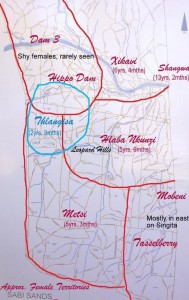 Hlaba Nkunzi is still ruling the central western sector but as mentioned is spending more time in the east.

Thlangisa’s home range is marked in blue because she is not truly territorial as yet but has begun to scent mark in the apparent vacant territory north west of leopard hills. Hlaba Nkunzi and Metsi may cede this land to her as they spend more time in the east and south respectively.

Thlangisa
Again she was our most consistently viewed female, mostly due to her relaxed playful nature and habit of using trees, rocks and termite mounds as vantage points but also due to the fact that she currently moves in a smaller area than the older territorial females. 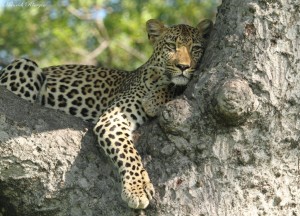 Metsi and cubs
Judging by her movements it seems she has a rather unusually shaped longer narrower territory (See map) and although mostly frequenting the south she has been seen right up in the north west close to Leopard Hills where she is scent marking heavily with the presence on Thlangisa in that area.

She may also be pregnant and reinforcing her territory in preparation for having to provide for her next litter.

Her 2 sub adult male offspring have not been seen this month, they are approaching 2 years of age now so we assume they are fine but may have moved off in search of new terrain.

Xikavi
As we know she is one of our least viewed females as a result of her riverine habitat along the sand river, she is a stunning animal and we were spoilt to view her on the northern bank during the beginning of the month when we could still cross the river. 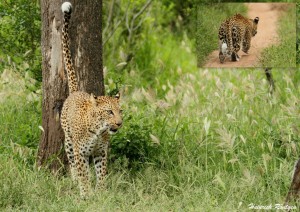 A really special behavioural sighting was watching her scent mark her territory (above image), only to be distracted from her duties by 3 nyala…she patiently inched herself to within 6 feet before being spotted without launching her attack!

Shangwa
No sightings this month of our most mature female leopard (13 yrs, 2 months)

Xhinzele
It’s been a quiet start to the year for our most consistently viewed dominant male! After putting in a few commanding appearances in the south of his territory he has been missing in action after the rains plummeted down, possibly he has been caught north of the sand river…we will keep you posted!

Mashiabanje
Again there have been no sightings in January, we will have to wait for the sand river to subside and can only expect an update on his whereabouts in a month or two.

Kashane
He was seen mating with the Tasselberry female in the south during the month and has put in one or two brief yet striking appearances in the east.

Dayone
He has continued reinforcing the central south western areas which he has claimed as his own.

He did spend early Jan up near Leopard Hills and displayed his brute power again when he made another kudu cow kill in the Mabrak river bed before the floods came down.

There was some interaction with a young male hyeana which darted in every now and again to steal a scrap, here is the spotted hyaena with an earful of kudu. 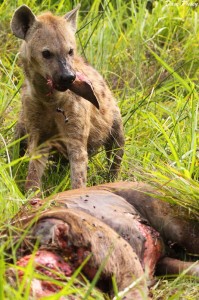 Lions
Mapogo Coalition
The elder of the Mapogo and the short maned male have again been prowling together for most of the month, spending a lot of time east, looking after the ever present threat from the Majingilane’s. 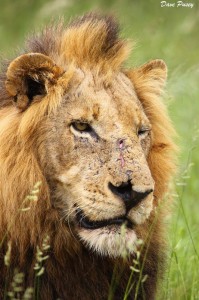 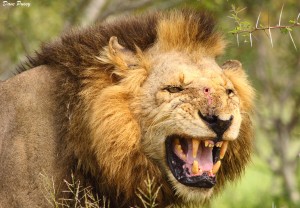 The other less dominant male has joined up with the other 2 briefly but has been on his own or with the Ximungwe pride for much of the month. 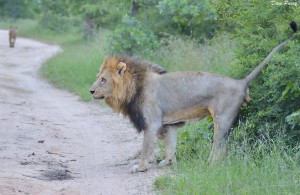 There has been some competition amongst the coalition for the Ximungwe lioness coming into oestrus but nothing too serious as yet! This behaviour often gives us a more clear idea of the current dominance hierarchy amongst the coalition…it appears the short maned male is currently the largest and most dominant.

Ximungwe Pride
The 3 lionesses have remained with their four cubs (Ages ranging from 6 to 12 months) for most of the month. Spending most of their time in the south where there is abundant prey available at the moment and they have made a wide range of kills…buffalo, wildebeest, giraffe and waterbuck that we know of.

The lioness coming into heat has been roaring every evening towards month end, looking for the attention of the Mapogo, hopefully we will see mating lions soon! 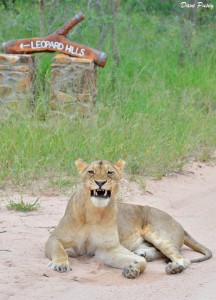 See video highlights below of some the above mentioned lion behaviour (Crank up the volume and enjoy all the thunderous roaring!)
[FMP width=”640″ height=”360″]https://www.leopardhills.com/wp-content/uploads/2012/12/20120130-Jan12-Lions.flv[/FMP]

Painted Dog Pack
A pleasant surprise during the flooding period was that the whole pack of 9 returned briefly from the east looking as healthy as ever. The soggy ground limited our ability to follow them, as we all know a painted pack on the move is difficult enough to follow at the best of times on dry ground! 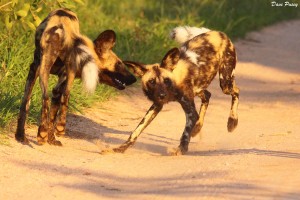 Spotted hyaena sightings are on the increase, this serengeti like scene below unfolded in the southern grasslands as 2 females finished off the leftovers of a Ximungwe pride waterbuck kill! 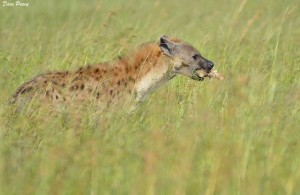 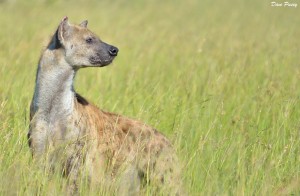 Hippo
Waterholes have changed shape and resident bulls are noticeably a little more cantankerous as they have had to find new resting places of the right depth at their old hang outs!

All the flooding has really unsettled the resident rafts along the sand river which has received a facelift and as the water subsides in the coming weeks we will find the newly formed hippo pools.

Elephants
Parades have been in abundance and relishing all the new growth and of course the marula fruits are ripening…take care not to approach a large bull that is very protective of “his” tree! 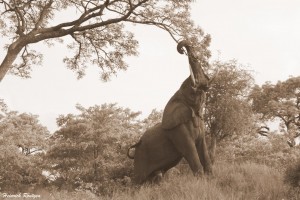 Waterholes filled to the brim are a young bull elephant’s delight! Enjoy the below video of some sub adult bulls sparring in a muddy waterhole during a rainy drive. It always pays off to throw on a warm poncho and head out into the rain!
[FMP width=”640″ height=”360″]https://www.leopardhills.com/wp-content/uploads/2012/12/20120130-Jan12.flv[/FMP]

Buffalo
The large obstinancy has again been seen frequently in the south along with regular sightings of “Daggaboys” up north long the river.

Bird quiz, see if you can identify this one! 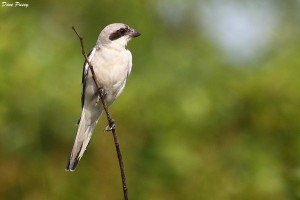 Clue!
This is one of the “lesser” seen of this family in our area(in the south of it’s range), only present from early December to March. It breeds all the way up in Eurasia! See if you can identify it!

The gargantuan old crocodile has made an appearance once again in a waterhole close to the sand river due to the flooding of the river. 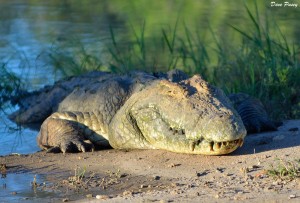 Dwarf mongoose peeking out of his termite mound shelter and checking if the rain has eased off! 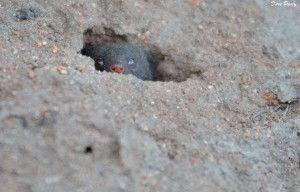 Excellent general game sightings of zebra as well as giraffe during the bountiful summer months! 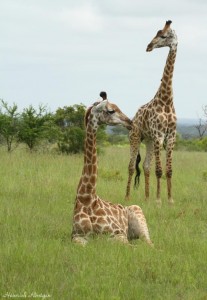 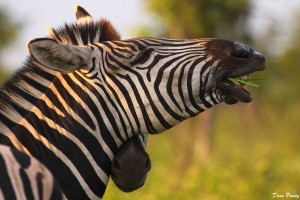 A bored spotted hyaena built a dung tower during the rain… 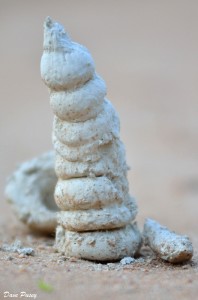 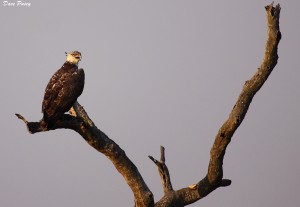