The New Year started with a bang with some extremely hot days but also some great rains towards the end of the month. We have had some phenomenal and regular sightings of African wild dog (the second most endangered predator in Africa) and great sightings of the 4 new Ottawa lion cubs.

The greatest news of all is that the Hlaba Nkunzi female leopard walked straight into camp with her new born cubs. As her mother, the legendary Makwela, has done for so many years before she was born; she chose the rocky out crop behind our kitchen as her first choice den site.

Leopard
As mentioned in the introduction the Hlaba Nkunzi female walked straight into camp with her new born cub. Duncan wrote a beautiful article on our blog, about this very special occasion. The Circle of life is complete

Even though we have had great rains and the African bush is thick and lush we have still managed some great sightings of leopard. All the different greens of the summer vegetation accompanied by numerous species of wild flowers provided the perfect back drop for photographing these elusive cats. 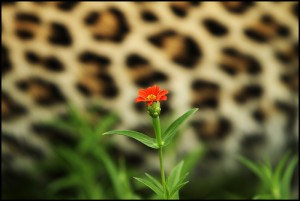 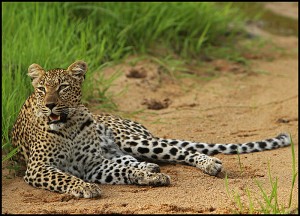 We also have had numerous sightings of a male leopard in his prime known as the Lisbon male in the Southern part of our traversing area. We all hope that he will become the resident male in the South and that we will s

see him as often as we get to see the “ruler” of the North and Central part of our reserve, the Tekwaan male leopard.

Lions
Both our prides of lions was seen regularly and their cubs are getting very accustomed to our presence. Gary and his guests had some great sightings and on 2 occasions he has seen the female carrying and leading her cubs over the dry river Sand River bed. 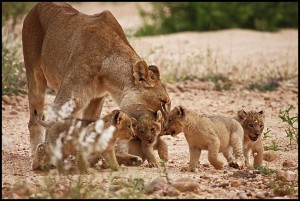 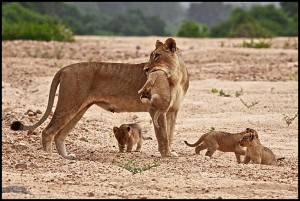 To our astonishment the single cub of the Ximungwe pride is still alive. Normally lionesses won‘t spend too much time and energy in raising a single cub and even though the cub covers massive amounts of terrain with the pride it is healthy and growing daily. We are all hoping that the other 4 females in the pride will give birth soon as all of them have been mating with the Mapogo male lions towards the end of last year. 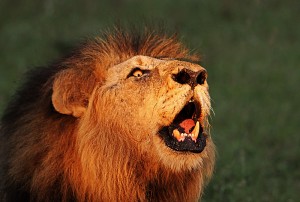 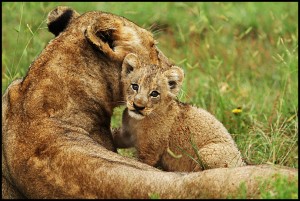 The formidable Mapogo male lion coalition also spent most of the month in our traversing area and was seen in the company of both prides on several occasions.

African Wild Dog
For the first time in more than 6 years I can write about our “regular” wild dog sightings. We have had the most amazing sightings of two different packs, a pack of 6 dogs and a pack of 9 dogs. For our guests and readers that is as interested in these highly endangered carnivores as we are I will do a quick break down in our “dog” numbers for the last year.

An original pack of 8 wild dogs moved into the Western sector where we are based last year. Several members of the pack were killed by lion and hyena including the Alpha male. The pack was left with only 3 members the alpha female, a young female and a young male. Shortly after that a pack of 4 adult males moved into the area. They chased away the young male and formed a pack of 6, which is the main pack that we see on a regular basis.

Then a second pack of 9 dogs (sexes unknown but will keep you updated) moved into our reserve. Unfortunately we don‘t see this pack as regularly but sure hope that any one of these 2 packs will settle and den in our area.

To top all of this one of our fellow guides had tracks of another pack of four around the Sand River a couple of days ago. We will update you on our blog as soon as we have a sighting of the “new” pack and hopefully we will have some photographs to share as well.

Cheetah
Once again we have had some regular sightings of the male cheetah that traverses the open plains in the Southern Part of our traversing area. Seeing and photographing a cheetah on safari is definitely a highlight on anybody’s safari agenda.

Buffalo, Rhino and Elephant
A big herd buffalo numbering more than 300 individuals was seen on several days in the last month. Due to the summer heat these bovids were seen regularly in and around the various waterholes moving around the Southern and Central part of the reserve. 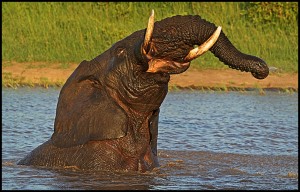 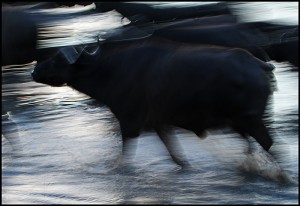 Elephant sightings were abundant with sightings almost daily of big herds numbering up to 70-80 individuals. We also had spectacular sightings of massive bulls around camp.

As per usual we have had some phenomenal and regular sightings of rhino. To our surprise rhino sightings North of the Sand River is now becoming regular and it is great to see these extraordinary animals in most parts of our reserve.

Special Sightings
It is difficult to pin point the most special of our “special” sightings in the last month. Gary, our guests and I had an incredible sighting of a Thick-Tailed Bush baby also known as a Thick- Tailed Galago in the South of the reserve, we normally only get to see these special primates in the North along the banks of the Kloof River.

If you are into herpetology (snakes)?, Leopard Hills was definitely the place to be in the month of January.

My guests and I saw a massive Black Mamba, Africa’s most venomous snake, killing a scrub hare on an afternoon safari. More about this on the blog: Black Mamba Killing Scrub Hare

Gareth and his guests also had a phenomenal sighting of an African Rock Python trying to kill a Duiker Antelope. Unfortunately for the python the Duiker was far too big and the snake lost its meal.