In the early hours of Monday morning we were woken to the alarm call that Suite 1 was on fire.

Arriving on the scene the entire Suite was ablaze with the flames reaching 30 meters into the night sky, illuminating the entire area with an ominous orange glow. With the knowledge that there were no Guest occupying the unit, we immediately set about preventing the fire spreading to the other facilities.

Our emergency action plan flew into operation and we threw all of our resources into combating the blaze. Within minutes our entire Team were in position with our fire fighting equipment up and running, we managed to contain the blaze to Suite one and prevent any further risk to the rest of the Lodge. Colleagues from our neighboring Lodges responded to the call and began arriving swiftly, bringing additional resources to the scene which were put to good use in extinguishing the blaze.

Although this was a tragedy for us in losing one of our beautiful Suites, no one was injured and the Team work was outstanding. From the ashes will rise something even better and will serve as the “benchmark” as we move forward with the plans to re-build.

I would like to thank all the Leopard Hills Team for the dedication you showed under extremely difficult circumstances, I am proud to walk among you and call you friends. I would also like to thank our neighbors, who responded to aid us in such a timely and professional manner, always know we will be there for you in the future as we have been in the past.

In the light of dawn, standing in the burnt out rubble with a fire hose in my hand, dampening down the last remaining embers, a sight to behold emerged from the bushes in front of me. The Xinzele Male Leopard and the Hlaba Nkunzi Female Leopard appeared through the smoke and up onto the smouldering deck at the front of Suite 1. Blinking through smoke affected eyes I wondered if this was some kind of mirage, a trick of the mind, but no, there they were, standing not 5 meters away from me in the early morning light. They stood side by side for a moment surveying the scene, almost a sense of, “we saw the smoke and wanted to check if you guys were fine”. They turned and walked together side by side, up onto the main pool deck and past Suite 8 disappearing into the early morning sunlight.

The pictures below are saddening indeed, but it is now time to concentrate on the future and we have already laid the plans for the rebuild. Everything happens for a reason and in change lies opportunity; we will grasp this with both hands and move forward in a positive manner. 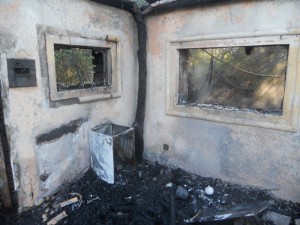 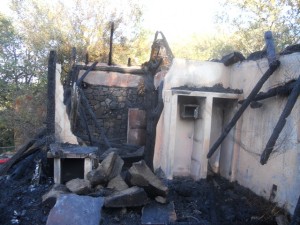 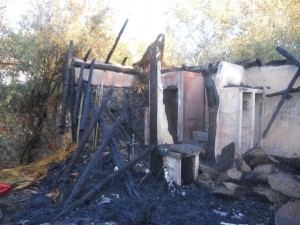 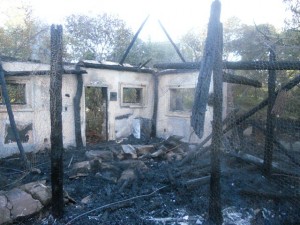 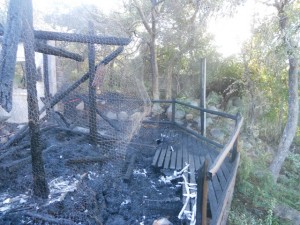 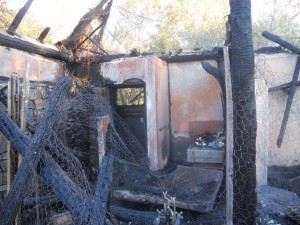 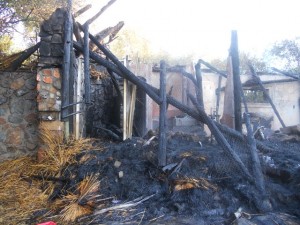 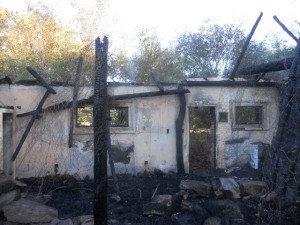 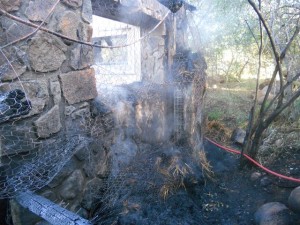 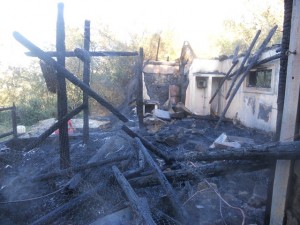 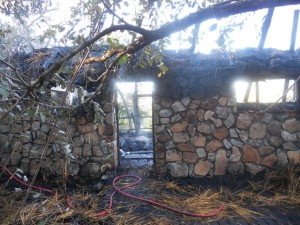 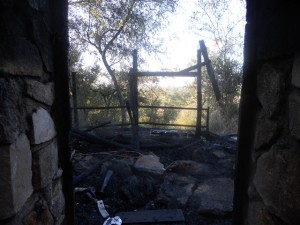 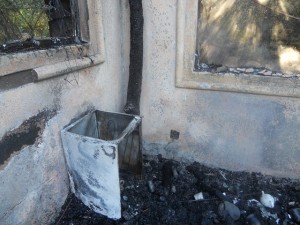 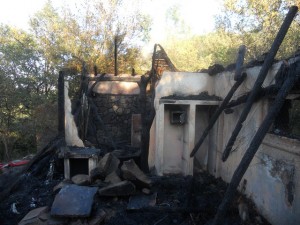 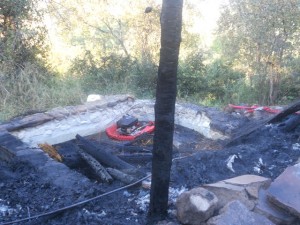 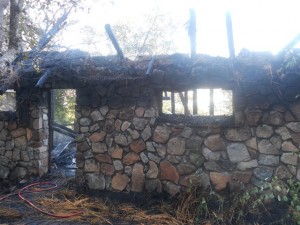 14 thoughts on “Tragedy at Leopard Hills”