The Circle of life is complete

The Circle of life is complete

The heavy rain has not only brought life to the vegetation, it has delivered un unexpected visitor home to introduce us to her next generation.

As the dark clouds issued a deluge of rain down on the Lodge, lightening lit up the African sky, a shadow emerged from the bushes, silently it crept forward into the dim glow of the Lodge lights, and there she stood, the Hlaba Nkunzi Female Leopard, with the smallest bundle of wet dripping fur hanging from her mouth, a new born cub. She moved forward again, into the bright lights now, unfazed by her surroundings, she was on a mission, and knew exactly where she was going and wanted to be. The setting was surreal, another flash of lightening followed by a roll of thunder, natures drum beat announcing her arrival. She stood in the Reception area, pondering her next move for just a moment, droplets of water running off her silky coat onto the floor. The cub still hanging from her mouth, wet but uncomplaining, as though it could sense its mother had found a place to call home.

It doesn‘t seem long ago at all that Hlaba Nkuzi’s mother, Makwela, walked into Camp with her dangling from her mouth, like mother like daughter, the cycle is complete.

We are not sure as to how many cubs she has at this stage as she has stashed them under the deck of the Gym, time will tell. We have to give this area a wide berth, now I have a justifiable excuse not to go to Gym, as we do not want to disturb her or the cubs.

Since we opened our doors nearly 13 years ago, Makwela has been bringing her various litters of cubs into Leopard Hills, with almost an expectation that they will be safe here, and we must in some way “baby” sit them while she was out hunting. As a cub herself, the Hlaba Nkunzi female spend many a day and night in and around the Lodge, it is a place she knows and loves well.

There is a constant chattering of Vervet Monkeys at the front of the Lodge every time they spot her moving around, but this gives us a pre warning as to when she is coming and going. She has chosen her spot well, with heavy rain during the night, she has found a comfortable warm secluded spot where the cubs will be safe, and it is indeed a privilege for us that she has chosen Leopard Hills as her Sanctuary.

We will keep you posted as soon as we know exactly how many cubs she has, but bear with us, we first need to give her some space and time to settle down, after all, this is her home, not ours!! 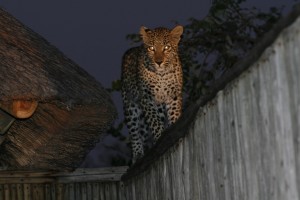 28 thoughts on “The Circle of life is complete”