The single female cub from the Ximungwe Pride of lions is now just over 3 months and stronger and healthier than ever.

The little cub which I named “super” cub is growing stronger and faster every day. 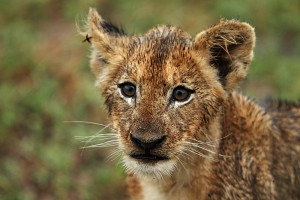 Unlike other lion cubs of her age she started to move with the pride covering massive distances at the age of 2 months. Normally females will have cubs of her age hidden in den sites and at approximately 3 months introduce them to the pride. Adult lionesses will normally not spend the time and energy in raising a single cub, but “super” cub almost insisted in being part of the pride. 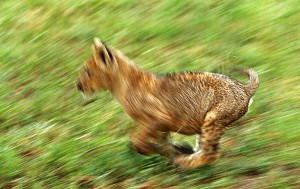 This morning my guests and I had the most splendid sighting of the little cub. The Ximungwe pride and the cub were feeding on a wildebeest that they caught 2 nights ago. The 2 females was feeding while the big male was lying nearby resting and trying to digest the food in its massive stomach. “Super” cub was running around chasing the tails of the 2 females, jumping on top of the male (which was extremely relaxed) and killing the now very dead wildebeest over and over. 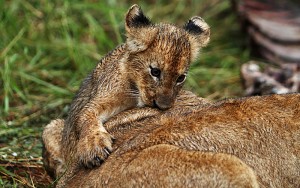 We left after half an hour all amazed at the antics of this little lion cub surviving against all odds. We will keep you updated on the progress of “super” cub in the months to come.