The morning started out with fog all around us as we set out on the game drive. We were heading into the area were the Wild Dogs were last seen the day before.

Suddenly the call came over the radio, the Wild Dogs had been found, and we immediately headed into that direction. As we joined up with them there were Impalas running everywhere, and Wild Dogs running after them. We kept on following them as they ran through the thick bush, losing sight of them a couple of times, only to relocate them further on. 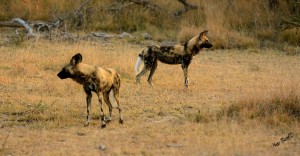 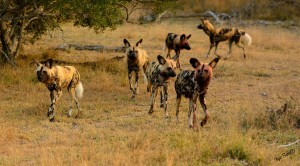 When we found them again 2 of the Wild Dogs’ faces were covered in blood. Obviously they had made a kill in the thick bush. Unfortunately we lost sight of them as they headed into even thicker bush and couldn’t find the kill they had made. In trying to find them again we came across Dayone, the dominant male Leopard in the area, up a tree with an impala kill about 100 meters from where we lost sight of the Wild Dogs. The Dam 3 female Leopard then also arrived, looking keen to get a bite of Dayone’s kill, but soon left.

After a while the 3 Othawa Lionesses also came to the same Jackalberry tree and Dayone made his way out of there as quick as possible. One of the Lionesses then climbed up the tree to get to the Impala kill on one of the branches. Once in the tree she started to feed a bit and contemplated her next move. Going up was easy, but coming down wasn’t! She then “gracefully” fell out of the tree with one other Lioness also rushing in to start feeding and the other going up the tree to see if she could find any scraps. As soon as she realized the kill was on the ground she then went to join the other 2. 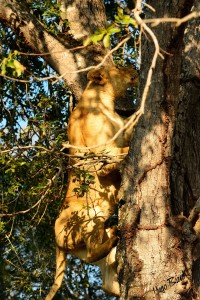 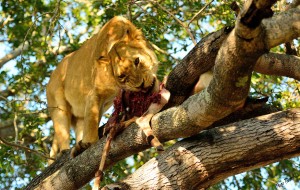 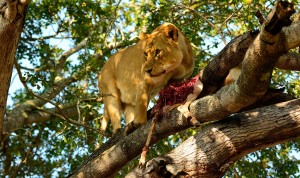 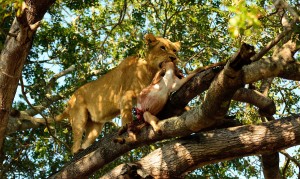 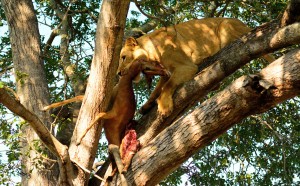 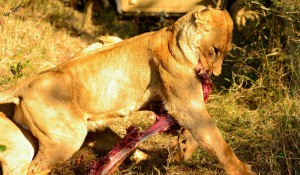 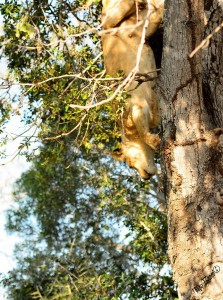 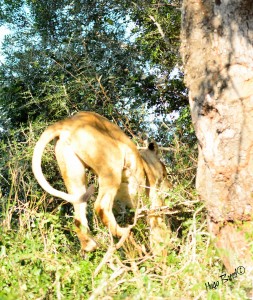 All in all it was a very exciting morning with everything happening in the same spot.