Three Leopards in the library... and what happened before! - Leopard Hills Private Game Reserve Menu

Three Leopards in the library… and what happened before!

Three Leopards in the library… and what happened before!

What a way to end of the morning’s game drive…

We thought it was going to be a good way to end off the morning’s game drive, by viewing Hlaba Nkunze and her two cubs all in one tree where they had made a kill earlier in the week, little did we know what was waiting.

As we made our way to the sighting, we got news that a male lion and 2 lioness’ were on their way to the area where the leopards are. Luckily the leopards were already in the tree as the lions got there, which meant they didn‘t have to scramble to get to safety.

We watched as the two lionesses were standing at the base of the tree considering going after the leopards, which they luckily did not. While the male lion was busy consuming the remaining of the impala kill which Hlaba Nkunze had made 2 days ago. The female lionesses approached the male lion, but he looked up and gave them a growl which made them back off immediately and the one female lay down about a meter from the vehicle which meant we couldn‘t really move anywhere.

After the lions had moved away from the area where the leopards were, the leopards took some time to get down from the tree. As soon as they touched down they made their way directly to the lodge. We followed them all the way through towards the boma, as they walked through the boma we went around towards the library, as all three leopards walked right through the library- with the cubs spending some time at the zebra skin, luckily not doing too much damage.

The leopards then spent some time on the entrance steps of the library before they moved through the lodge towards room 2.

This was an incredible morning as all the guests were with us the whole time following Hlaba Nkunze and her two cubs. Special having her back in the lodge with both her cubs and that they are unharmed after the encounter with the lions. 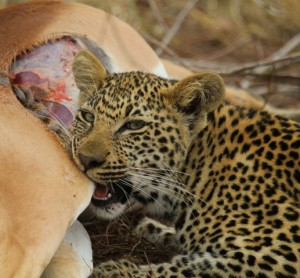 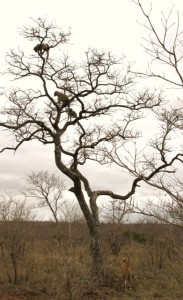 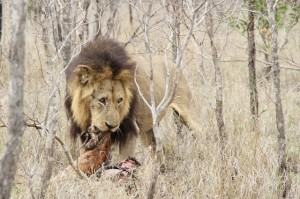 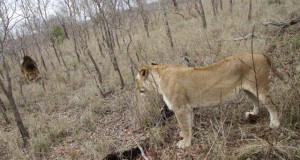 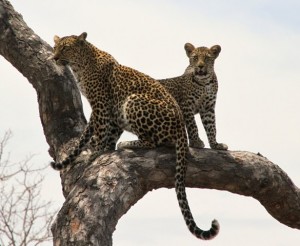 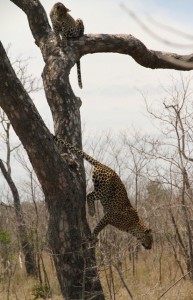 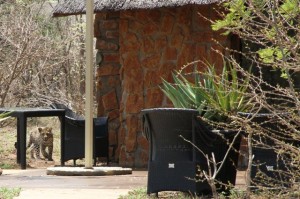 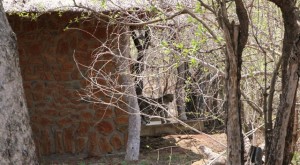 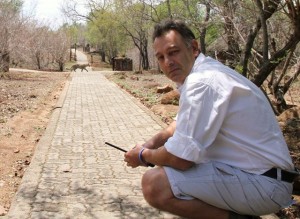 8 thoughts on “Three Leopards in the library… and what happened before!”