Thlangisa & her cub found the perfect spot in a dry riverbed to spend the afternoon as they took a break from feeding on their hoisted kill. The sun had already set and soon the two leopard would be hidden by the dark night.

She noticed a duiker moving towards them in the riverbed and starting paying close attention to its movements, as it had not seen the two leopard in the sand. Her cub on the other hand, had different ideas. She noticed the duiker and started walking in its direction, however not in the normal stalking posture, but tail raised high up in the air.

Thlangisa kept an eye on her cub as she moved towards the duiker, as she got closer she started stalking and used her camouflage to hide her whereabouts. The antelope wisely kept moving away from the riverbed and out of the leopards’ sight.

With time and practice the cub will learn the skills to become a successful hunter. 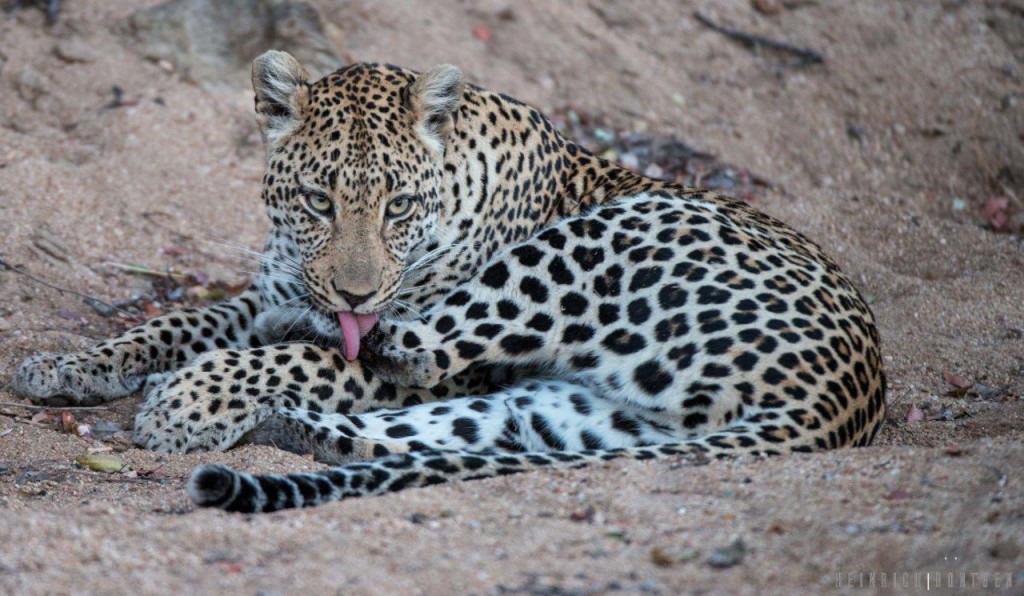 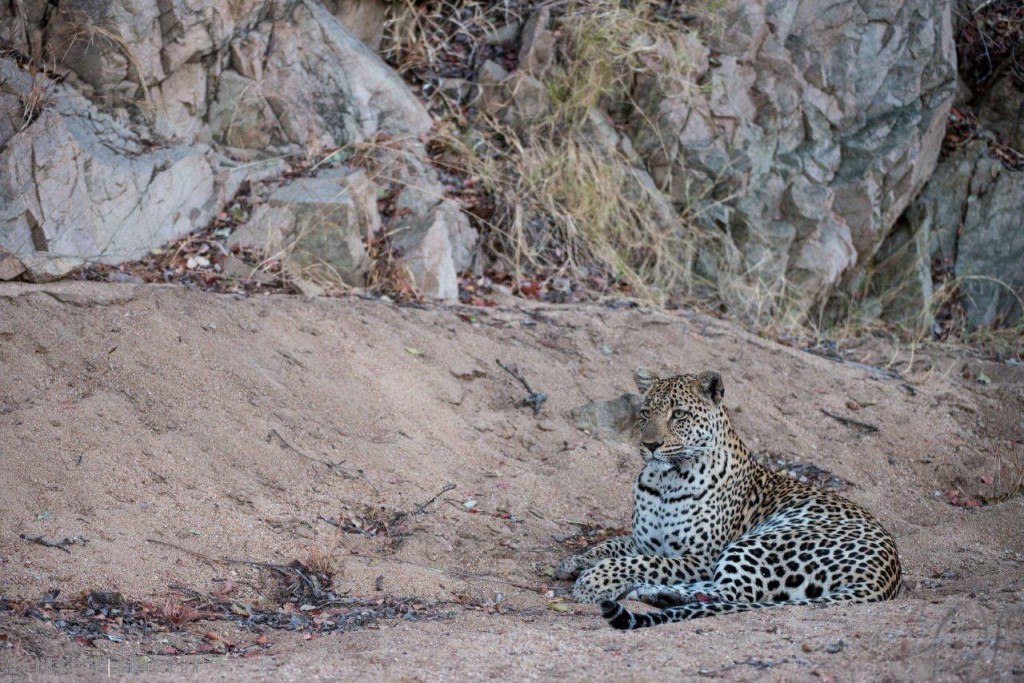 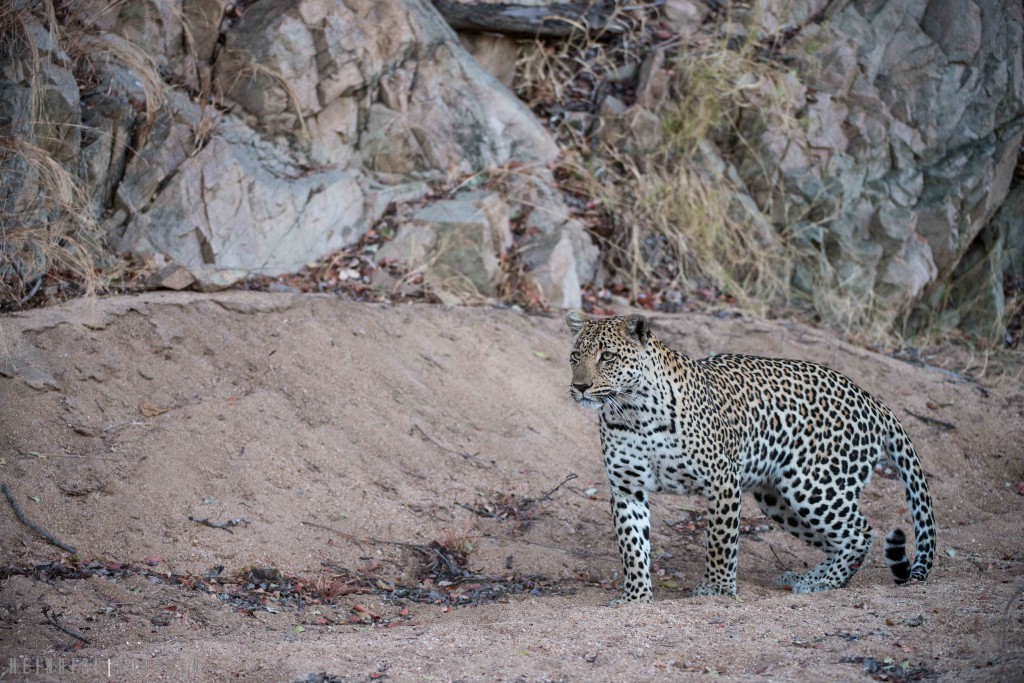 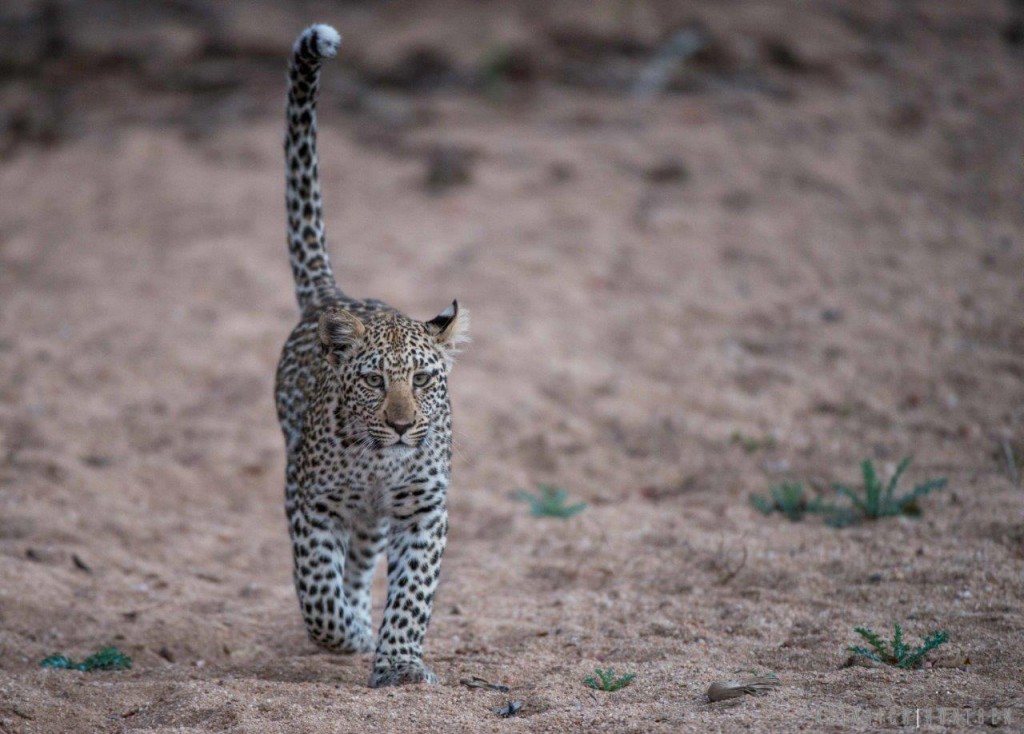 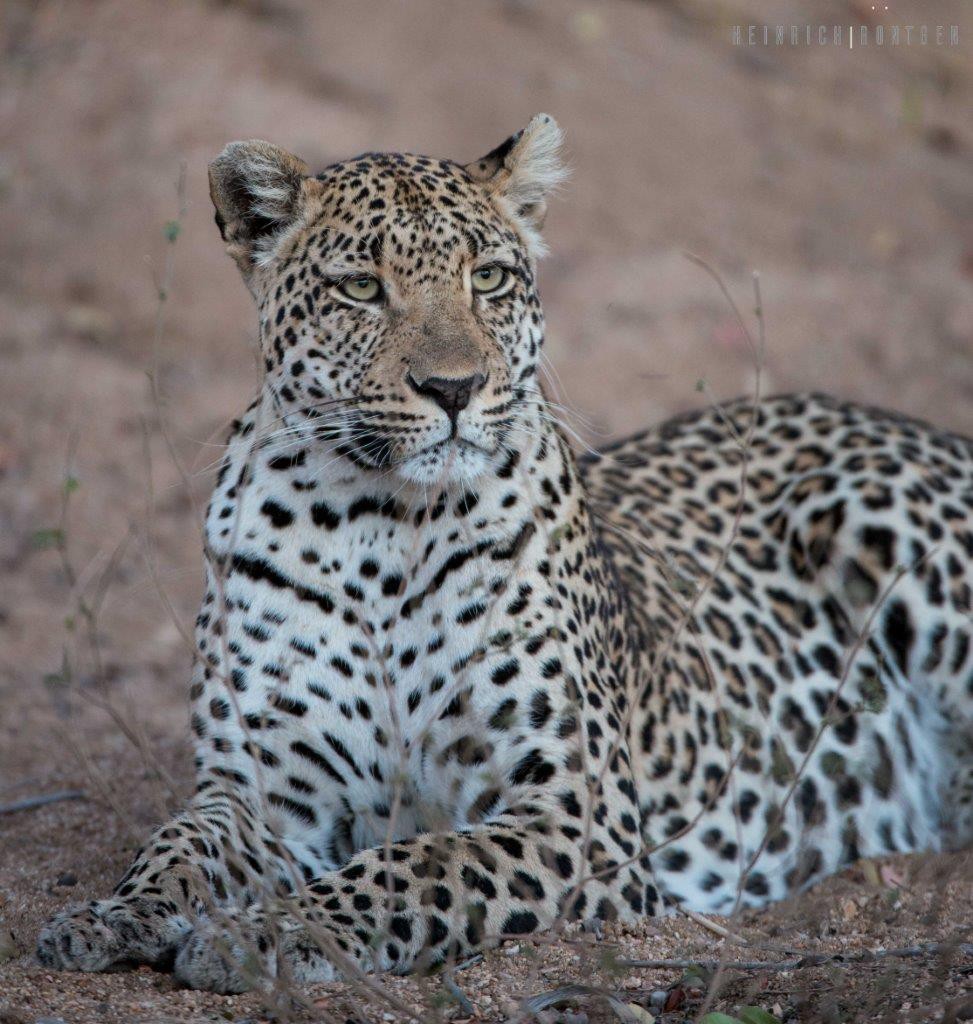 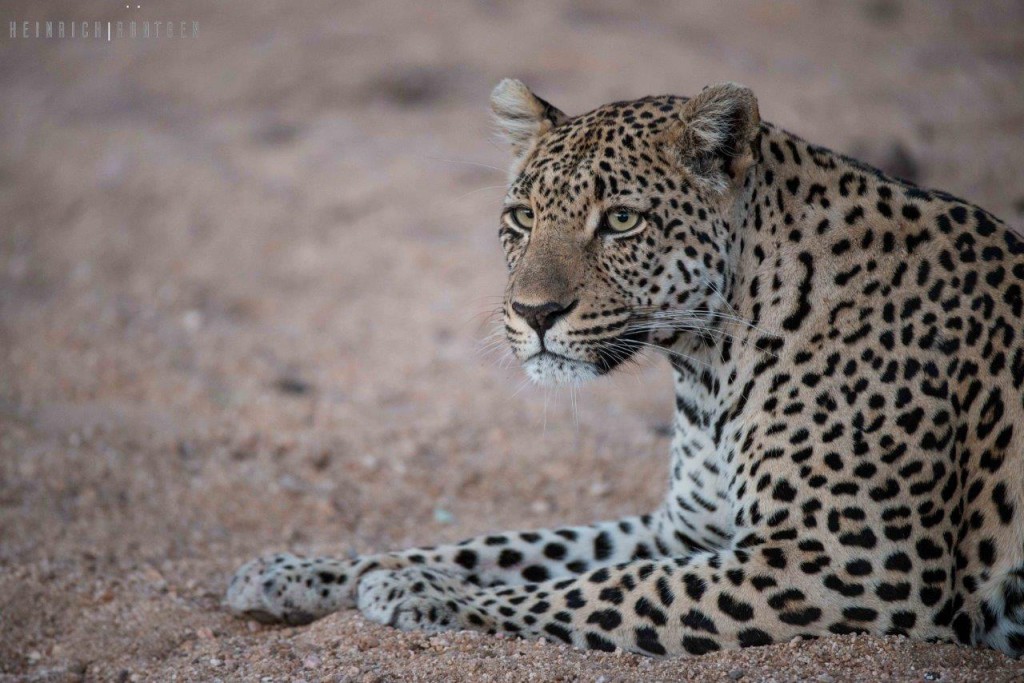 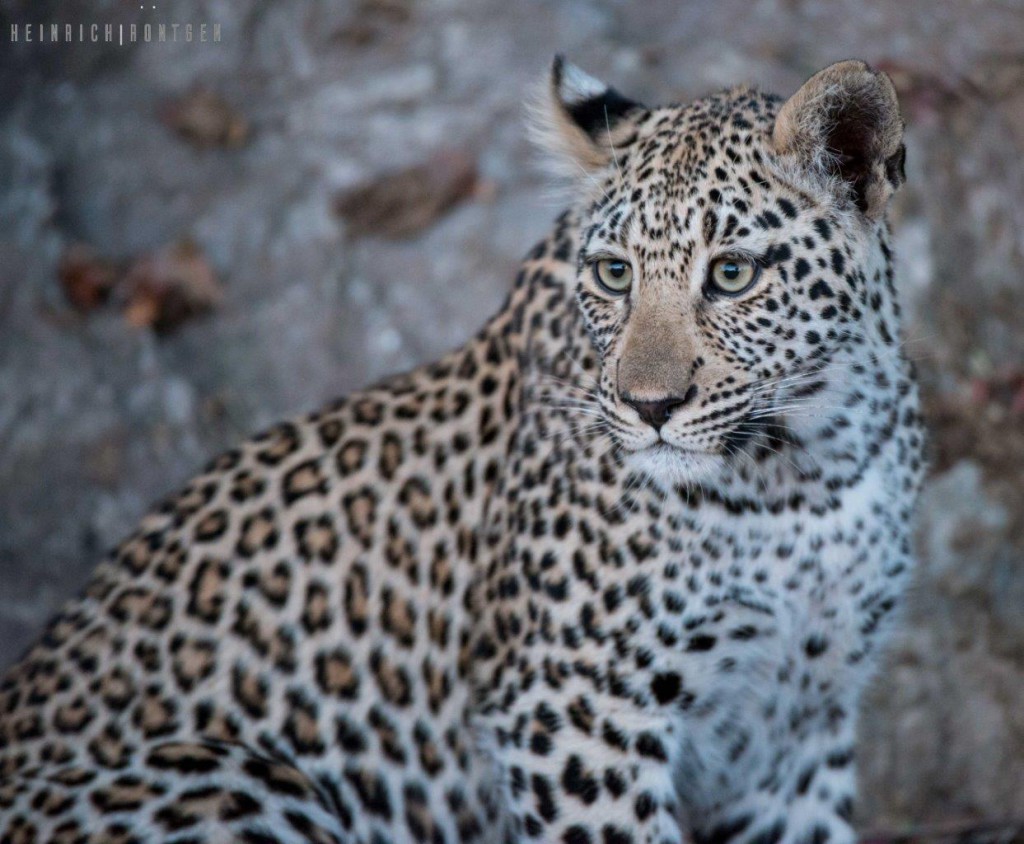