There is a new male leopard in our traversing area. He is a young male about 6 years old and has moved into a open territory in the south. He hasnt gone anywhere near the Tegwaan males territory (which is in the north) yet but hoping he doesn’t.

We have refered to him as the “Khasaan” male he has moved in from the East. He was born and lived most of his life about 30 kms east from our traversing area. We could only be thinking that that the leopard density in the east is high and that is why he moved west.

We are all hoping that he sticks around as he is about 75 kg’s witch is quiet large for a young male. 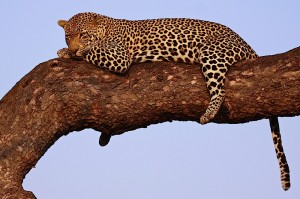