This months report is going to be a cracker as usual…….

Leopards:
Hlaba Nkunzi:
Hlaba Nkunzi has been found on numerous occasions in areas far outside her territory, and when she was seen there she has been marking territory on every second bush. We are thinking that the reason for this is that her 2 cubs are now growing up and should be getting their independence within the next 6-8 months, and she is trying to secure a territory for them. The area is was occupied by Makubela who was killed by what we think was a male leopard +-8 months ago. 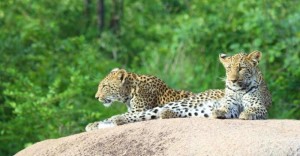 Mambirris cub (Thlangisa):
She has now got her independence from Mambirri. There comes a time in a young leopards life where they need to move off and establish their own territory. We are not too sure on exactly where she has done this. It is at this time when we named her for reference sake as to keep an eye on her progress. Anyone that has spent time with this leopard knows that she is very playful so hence the “name” Thlangisa. 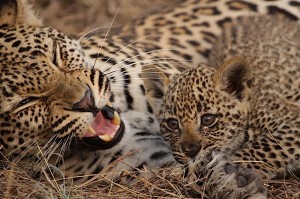 Xinzele:
Xinzele male and Xikhavi female leopards have been together for a couple of days. The guests were spoiled with the two leopards in the clearing, mating 5 times in 20minutes. It was great watching these two beautiful animals during this special time. 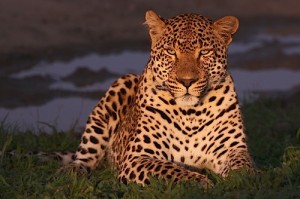 This is what Raymond saw on this mornings drive, it is amazing how these huge cats still have that playful streak in them.
[FMP width=”640″ height=”360″]https://www.leopardhills.com/wp-content/uploads/2012/12/20101224-XINZELE-VIDEO.flv[/FMP]

Tegwan:
The Tegwan male hasn‘t been seen this whole month. The Xinzele male has been creeping in on the eastern part of his territory and was seen by Gary and his guests calling as if he owns the territory.

Lions:
Ximungwe pride:
Great news for us is that one of the Ximungwe females still has her 2 cubs. They have been moving all over our traversing area. With it being summer now and the amount of rain that we have had these “cats” have still being crossing the sand river.

Mapogos:
The mapogos have been giving us some great viewing as usual. We havn‘t seen the one mapogo for at least 3 1/2 weeks now. We are thinking that he may have disappeared. There has been report from the east that there is a coalition of 4 male lions moving in from the east. It seems that the mapogos reign may be coming to an end. 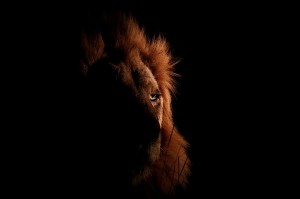 Elephants:
There was a brilliant sighting with an Elephant herd in the north close to the Sand River, where Heinrich and his guests followed the herd after they had a mud wallow and were busy feeding. Everybody was quite let down as they had missed out on the wallow which ended as they got to the herd. Following the Herd for quite some time everyone was very surprised when the elephants found another mud pond. This was a special treat seeing the whole herd getting down into the mud and really enjoying themselves.
[FMP width=”640″ height=”360″]https://www.leopardhills.com/wp-content/uploads/2012/12/20101224-ELEPHANTS.flv[/FMP]

Buffalo:
The big herd has been back in our traversing area, Ray was very fortunate to see the whole herd drinking at a watering hole. 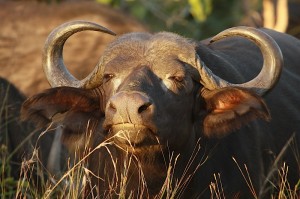 Rhino:
Like the Elephants the rhino spent some time in the water, cooling down after a very hot African day. Two male Rhino were totally flat in a watering hole, trying to get as much of their body into the water as they can. The rhino then got up and moved closer to the vehicle, still staying in the water, where they also started to wallow and role around in the water. This was amazing seeing the two having such a good time, with a perfect sunset in the background.

Wild dogs:
We were privelaged to have the dogs here a few times this month. On one particular evening drive Heinrich and his guests followed the dogs and saw them make a kill on an impala lamb. This process of catching killing and eating is a very quick process and it is amazing to witness this whole process.

Top: Feamle leopard tracks
Note: Either found on their own or with cub tracks

Normally found with no other leopard tracks other than if their was a mating pair.

These tracks look similar. Other than the size of them and the numbers of tracks found together they are very different. Note in both of these tracks no nail marks are found. This is because they are both cats and have retractible claws and only use their claws when needed. 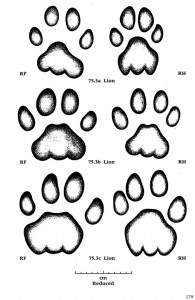 Lion tracks are normally found with the pride etc male, females and cubs.

That is all for this month we all hope you have a merry Christmas and a prosperous new year.